Which of the last eight teams in is best equipped to make a deep run in USL Championship Playoffs? 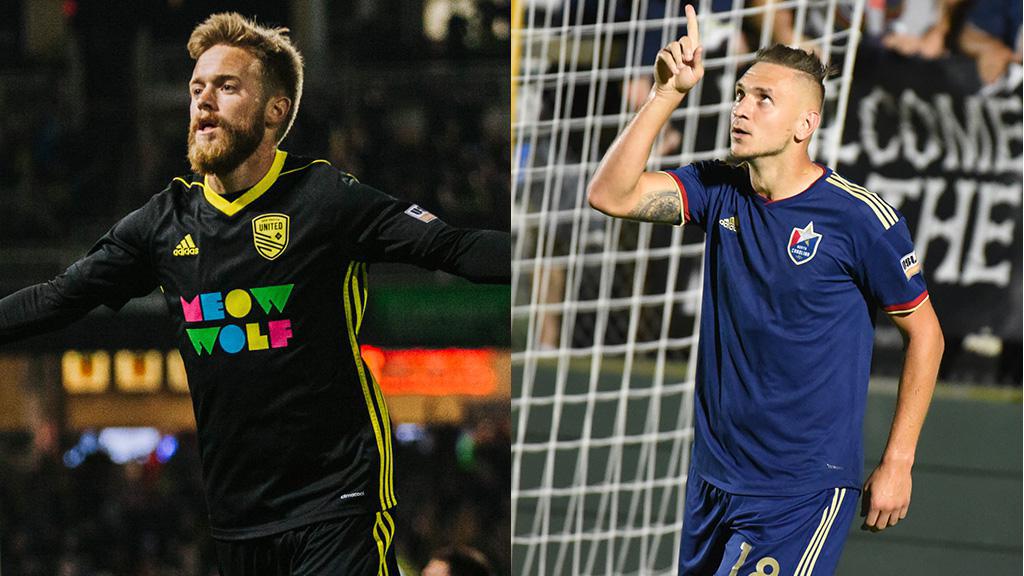 New Mexico United and North Carolina FC will be hoping their first trip to the USL Cup Playoffs extends well beyond Wednesday night's Play-In Round.

The 2019 USL Championship Playoffs kick off on Wednesday night with the Eastern and Western Conference Play-In Round, which will see eight teams fight for the right to advance to the Conference Quarterfinals.

And while this format – which will see the No. 7 and No. 8 seeds host the No. 9 and No. 10 seeds in both conferences – is new for this season, the concept of having to play your way into the main bracket is not a foreign one to the Championship.

The 2015 USL Championship Playoffs featured a similar format, with the top six teams from each conference qualifying for the postseason and the No. 3 and No. 4 seeds hosting the No. 5 and No. 6 seeds for a spot in the Conference Semifinals in what was then called the “First Round”.

That year we saw the potential of teams playing in the opening round of games, as the No. 5 seed LA Galaxy II not only defeated No. 4 seed Sacramento Republic FC on the road in its opening contest, but then went on to knock off No. 1 seed Orange County SC and No. 2 seed OKC Energy FC to reach the USL Championship Final.

While this season’s Play-In Round contestants would need one additional victory to match that feat, LA’s 2015 run should give hope to all eight teams that there could be more than just a spot in the Conference Quarterfinals on the horizon.

With that in mind, I decided to rank each of the Play-In Round teams on their potential to make some noise beyond Wednesday night.

1. North Carolina FC
Of all the teams in the Play-In Round, North Carolina FC has the best chance of reaching the USL Championship Final (3 percent) according to fivethirtyeight.com and I completely agree that this is the most dangerous team playing on Wednesday night. Head Coach Dave Sarachan’s side produced an 11-1-5 record at home this season and showed off its quality in resounding results, taking a 5-0 win against top seed Pittsburgh Riverhounds SC and a 4-1 victory over two-time defending champion Louisville City FC. North Carolina would obviously have to hit the road if it gets through its Play-In Round contest with Birmingham Legion FC, which will pose the playoff newcomer a bit more of a challenge given its 5-9-3 road record during the regular season. While that is a little bit troubling, NCFC posted impressive away wins over the New York Red Bulls II (2-1) and the Tampa Bay Rowdies (3-1) and tended to keep things close away from WakeMed Soccer Park as its -5 road goal differential was tied for the best among teams in the Play-In Round with Ottawa Fury FC. I could certainly see North Carolina giving No. 2 seed Nashville SC a run for its money after splitting two regular season meetings – the home side won on both occasions – and then replicating its road win over the Red Bulls II if New York gets past Indy Eleven. North Carolina has plenty of attacking talent to trouble top sides and a goalkeeper in Alex Tambakis that can keep his side in the game when it needs a big save, which could be a recipe for a lengthy postseason stay.

2. New Mexico United
There’s no team in the USL Championship Playoffs more road-tested than New Mexico United, which played 22 competitive away matches this season thanks to its run to the Quarterfinals of the Lamar Hunt U.S. Open Cup. The expansion side won four consecutive road games in the knockout competition, including two against MLS opposition, and should feel right at home in this high-pressure environment. During that Open Cup run, New Mexico also showed that it is plenty capable of holding its nerve as it claimed two penalty shootout victories and won another game in extra time. The first of those shootout wins came against United’s would-be opponent in the Conference Quarterfinals, top seed Phoenix Rising FC, at Casino Arizona Field. NMU was one of just two teams in the West to go unbeaten against Phoenix this season (joining Fresno FC), posting a 1-0-2 record in all competitions and showing the offensive capability to keep pace with Rising FC’s high-powered attack. NMU scored the most road goals of any team in the Play-In Round (27) and could certainly trouble opposing defenses moving forward should it get past Sacramento Republic FC in its postseason debut. 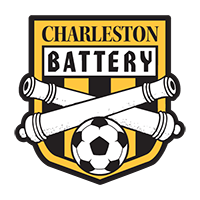 3. Charleston Battery
Another season, another playoff appearance for the Charleston Battery. Head Coach Mike Anhaeuser’s side left it until the final weekend but reached the postseason for the ninth consecutive year and seems to be peaking at the right time. Charleston won its final two games of the regular season by a combined scoreline of 7-1, with leading scorer Zeiko Lewis (seven goals, five assists) finding his footing quickly after returning from international duty with Bermuda. The biggest question surrounding the Battery, however, starting with Wednesday night’s trip to Ottawa, will be the side’s ability to win games away from home. Charleston managed just three road victories over the course of the campaign (3-7-7), with each of them coming against non-playoff sides. Some of those seven road draws (at North Carolina, Tampa Bay and New York) were encouraging, especially when you factor in the possibility of extra time and penalties in postseason play. The Battery fared pretty well against their two potential Quaterfinal opponents, Pittsburgh Riverhounds SC and Nashville SC, during the regular season as well, collecting four points at home (beating NSC) and dropping both road games by a single goal. I think Charleston’s style of play fits well for a lower-scoring Eastern Conference showdown with either of those two sides and could spring a surprise on the road, likely in extra time or penalties.

4. Austin Bold FC
If there’s a comparison to the Battery in the Western Conference, Austin Bold FC is probably it. The expansion side looks to be built for this time of year as it features a veteran-laden squad that is generally organized at the back (both it and Charleston kept eight clean sheets) and has some strong attacking players with the likes of Andre Lima (14 goals) leading the line. Again, like with the Battery, Bold FC has been very good at protecting its home turf with a 10-4-3 record during the regular season while winning just three games away from home (3-8-6). While each of those victories came against non-playoff sides, Austin has earned impressive home wins against Phoenix Rising FC, Real Monarchs SLC, Orange County SC and Fresno FC. That shows this squad certainly has the quality to compete with the big boys, but just needs to put everything together over 90 minutes away from home to make a serious run. A trip to Reno 1868 FC for the Quarterfinals would be the ideal scenario, as Austin played the No. 2 seed close in a pair of 2-1 defeats during the regular season.

5. LA Galaxy II
Repeating its 2015 run to the USL Championship Final may be a stretch, but this Galaxy II side looks capable of doing some damage in the postseason should it successfully navigate a tough opening game in Austin against a Bold FC that was dominant on its home turf this season. LA, like New Mexico, has already been in a playoff mindset over the past few weeks as it secured its postseason spot on the final weekend of the regular season with a 2-0 win over El Paso Locomotive FC. That result, coupled with a pair of recent 2-2 draws at Fresno FC and Sacramento Republic FC, has shown just how hard of an out this Galaxy II team will be. LA has lost just three times since the start of August (5-3-4) with two of those defeats coming against Phoenix Rising FC. Los Dos did hold a second-half lead in one of those defeats but failed to take a point away from any of its contests with Phoenix or No. 2 seed Reno 1868 FC. I think there are signs in the side’s recent road form that LA could pose some danger to either team if it replicates its 3-1 victory in Austin from August 10.

6. Sacramento Republic FC
Sacramento Republic FC has lost its last three home postseason games, so overcoming that streak against New Mexico United will be its first challenge, but in the long term a Play-In Round victory might be the perfect spark for a side that has stagnated over the final stretch of the season. Republic FC looked likely to contend for a top-four finish when it added forward Thomas Enevoldsen in August but won just one of its final five games (at Tulsa Roughnecks FC) to finish the season in seventh. Republic FC would match up with No. 2 seed Reno 1868 FC should it reach the Quarterfinals, which certainly isn’t ideal for Head Coach Simon Elliott’s side as it suffered a pair of defeats by a combined 6-1 scoreline to Reno during the regular season. Sacramento’s overall away record wasn’t superb at 6-9-2, but it recorded impressive wins at New Mexico, Fresno, Austin and San Antonio. Enevoldsen and Cameron Iwasa certainly have the firepower to trouble opposing defenses, but the duo will need some help from its own backline – which conceded multiple goals in each of its final five games – to navigate a deep postseason run. 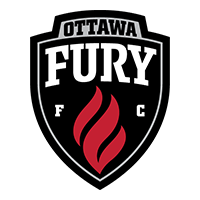 7. Ottawa Fury FC
After just missing out on the postseason last year, Ottawa Fury FC rebooted its attack in the offseason by bringing in Christiano Francois (eight goals, six assists) and experienced midfielder Wal Fall (10 goals, three assists). Those moves, along with the in-season pickup of Hadji Barry (six goals in 14 appearances), have clearly paid off as Head Coach Nikola Popovic’s side reached the Championship Playoffs for the first time. In addition to its new additions, the formula for Ottawa’s success this season has been its dominance at TD Place, where it posted a 10-2-5 record. That could certainly come in handy on Wednesday night when it hosts the Charleston Battery, but it may work against the Canadian side moving forward. Fury FC managed a 4-8-5 road record this year, earning all four of those victories against sides that finished below it in the standings. One potential silver lining for Ottawa’s away record is its results against its two potential Quarterfinal opponents, having earned a 2-2 draw in Pittsburgh and a 3-3 draw in Nashville, but I wouldn’t read too much into those as Fury FC needed a stoppage-time penalty save from goalkeeper Callum Irving to rescue the point against the Hounds and lost both of its home games against the top-two sides.

8. Birmingham Legion FC
As the only expansion side in the Eastern Conference to reach the postseason, Birmingham Legion FC deserves plenty of credit just for getting to this point, especially given the season-ending injury to star forward Chandler Hoffman. However, you can be sure that Head Coach Tom Soehn’s side will want to make this impressive inaugural season last as long as possible after earning its spot in the USL Championship Playoffs on the final weekend of the regular season. Legion FC began to make its move into playoff contention in mid-July when it sorted out its backline and posted a run of six straight shutouts. The side would finish the campaign with 12 clean sheets – the most of any team in the Play-In round – but only four of those came away from home as Birmingham also racked up the worst away goal differential of any side playing on Wednesday night (-14). Legion FC has plenty of talent, with goalkeeper Matt Van Oekel backstopping a strong backline and Prosper Kasim and JJ Williams leading the attack, but it’s tough to see a side that hasn’t won back-to-back road games since April doing so after winning just one of its final five games of the campaign (1-3-1).