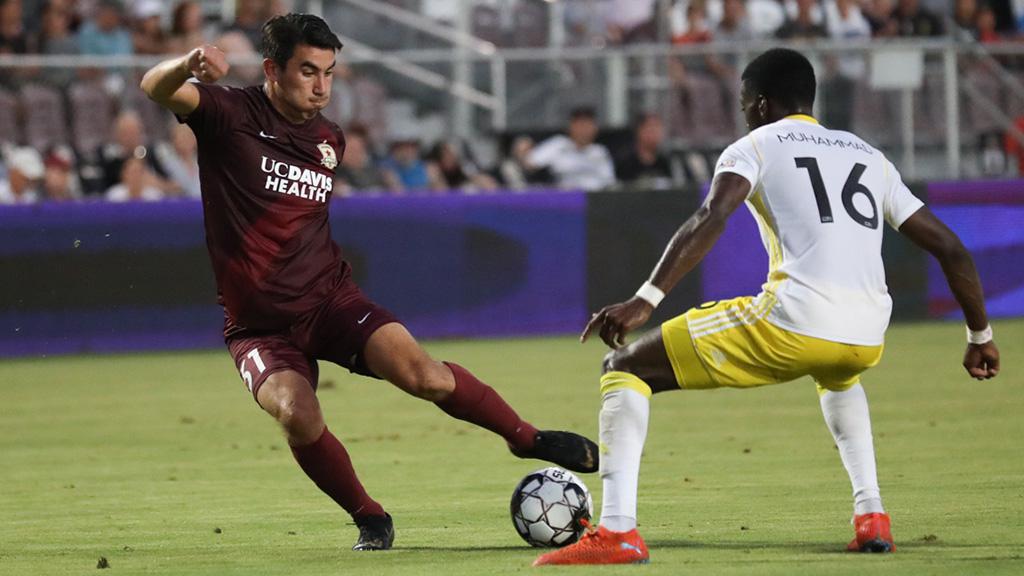 SACRAMENTO, Calif. – A former USL Championship Final winner plays host to a side looking to emulate its inaugural season success when No. 7 seed Sacramento Republic FC hosts No. 10 seed New Mexico United in the Western Conference Play-In Round at Papa Murphy’s Park on Wednesday night. Kickoff is scheduled for 10:30 p.m. ET.

The only side to claim the league title in its inaugural season, @SacRepublicFC is looking to end a string of upsets suffered at home since that victory in the 2014 campaign. In the postseasons since, Sacramento has fallen at home to the LA Galaxy II, Orange County SC and Swope Park Rangers in its opening game of the postseason, with its lone playoff victory coming on the road against Real Monarchs SLC in 2017. Republic FC has been respectable at home this year with an 8-5-4 record, but after back-to-back defeats to close the regular season it will be looking for a fresh start in the playoffs.

@NewMexicoUTD, meanwhile, is hoping it can emulate its success in the 2019 Lamar Hunt U.S. Open Cup, when it rode four consecutive road victories to a place in the tournament’s Quarterfinals. United earned a place in the Championship Playoffs in its first season thanks to a 2-0 victory against Las Vegas Lights FC on the final Saturday of the season that saw it jump past San Antonio FC and into the final playoff place. With an attack that includes four double-digit goalscorers led by Kevaughn Frater’s 14 tallies, New Mexico has its eyes set on a postseason run.

40.7 – Republic FC had a shooting accuracy rate of 40.7 percent excluding blocked shots in the regular season, second-lowest in the league.

1 – New Mexico United recorded only one shutout on the road in its 17 road contests.