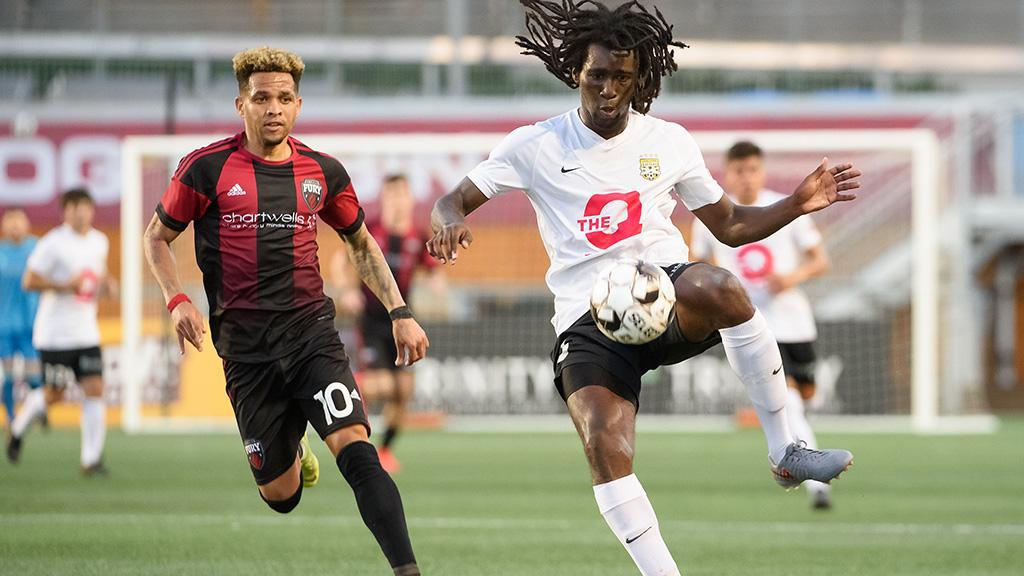 OTTAWA – A newcomer to the USL Championship Playoffs will square off against one of the postseason’s perennials when No. 8 seed Ottawa Fury FC plays host to the No. 9 seed Charleston Battery in the Eastern Conference Play-In Round on Wednesday night at TD Place. Kickoff is scheduled for 7 p.m. ET.

After missing out on the postseason in its first two seasons in the Championship, @OttawaFuryFC will open its debut playoff campaign on home turf after a season that saw the side compile a 10-game undefeated streak in the first half of the season before a more up-and-down second half saw it miss out on a top-six finish. Led by standout captain Carl Haworth, Fury FC’s offseason additions like rugged midfielder Wal Fall helped the side qualify for the playoffs comfortably, and now it will try to make a run in the postseason.

To do so it will need to first get past a @Chas_Battery side that surged to its ninth consecutive playoff berth with two victories in the final week of the regular season, defeating Memphis 901 FC and Bethlehem Steel FC convincingly to earn another trip to the postseason. The Battery have been paced by Bermuda international Zeiko Lewis, who leads the side with seven goals and five assists, but the veteran experience in defender Taylor Mueller could be the biggest key to Charleston earning its first playoff win since an upset of FC Cincinnati in the 2016 Eastern Conference Quarterfinals.

5 – Fury FC’s Carl Haworth scored five goals directly from free kicks this season, the most of any player in the Championship.

91 – Battery goalkeeper Joe Kuzminsky recorded 91 saves in the regular season, tied for the most of any goalkeeper whose side reached the postseason alongside North Carolina FC’s Alex Tambakis.