Birmingham Legion FC and New Mexico United joined El Paso Locomotive FC and Austin Bold FC in booking their places in the playoffs on a dramatic final weekend of the regular season that also saw defending champion Louisville City FC jump into a top-four position in the Eastern Conference, earning the right to host its opening game of this year’s playoffs. The regular season concluded with late drama, too, as Pittsburgh Riverhounds SC claimed the No. 1 seed in the Eastern Conference on a 90th-minute game-winner against Legion FC on Sunday evening that jumped the Hounds past Nashville SC and into top spot in the standings.

New Mexico United continued its remarkable inaugural season – which previously saw it advance to the Quarterfinals of the 2019 Lamar Hunt U.S. Open Cup – by clinching the final playoff place in the Western Conference as a 2-0 victory against Las Vegas Lights FC in front of 13,788 fans at Isotopes Park combined with a 2-2 draw for San Antonio FC against Colorado Springs Switchbacks FC allowed United to jump past SAFC into the playoff positions. 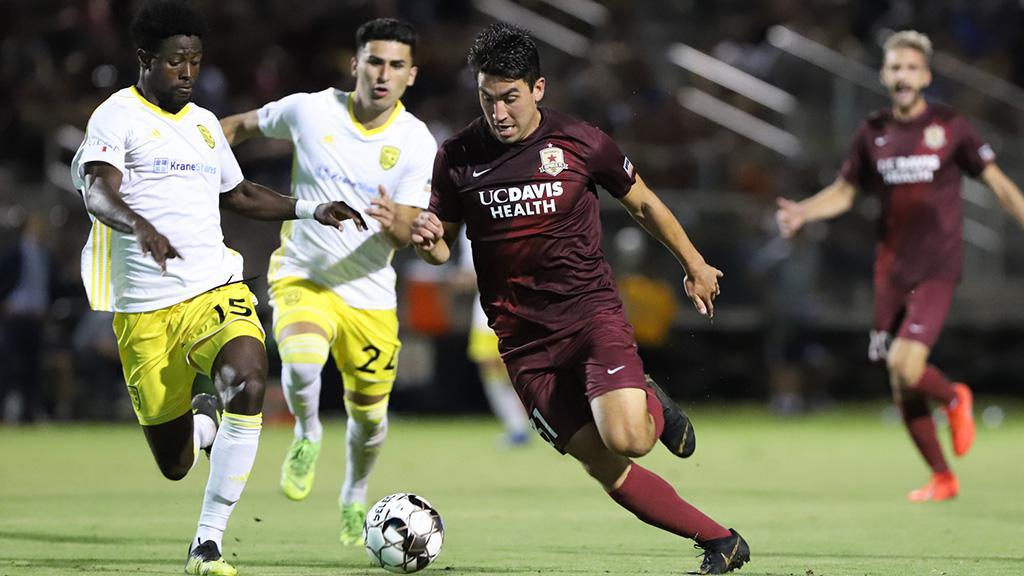 The 2019 USL Championship Playoffs will open on Wednesday night with Austin, Birmingham and New Mexico all in action. Western Conference No. 8-seed Bold FC will play host to the No. 9-seed LA Galaxy II, who make their postseason return after a two-year absence, with kickoff at Bold Stadium scheduled for 8:30 p.m. ET. No. 10 seed New Mexico will visit No. 7-seed and 2014 champion Sacramento Republic FC at 10:30 p.m. ET at Papa Murphy’s Park.

Eastern Conference No. 10-seed Legion FC, meanwhile, will visit No. 7-seed North Carolina FC after Saint Louis FC’s defeat to North Carolina FC on Saturday night sealed its place in the postseason. The other Eastern Conference Play-In Round contest will see the 2012 champion and No. 9 seed Charleston Battery visit No. 8-seed Ottawa Fury FC after Charleston maintained its record of being the only club to reach the postseason in the Championship’s history with a 5-1 win against Bethlehem Steel FC on Saturday afternoon.

Two contests in the Eastern and Western Conference Quarterfinals were also confirmed after the weekend’s action. In the Eastern Conference, No. 3-seed Indy Eleven will host the No. 6-seed and 2016 champion New York Red Bulls II at Mike A. Carroll Stadium on Saturday night at 7:30 p.m. ET, while No. 4-seed and two-time defending champion Louisville City FC will host the No. 5-seed Tampa Bay Rowdies at Slugger Field on Saturday night at 7 p.m. ET.

In the Western Conference, No. 3-seed and first-time playoff participant Fresno FC will host No. 6-seed El Paso Locomotive FC at Chukchanski Park at 10 p.m. ET, while No. 4-seed Real Monarchs SLC will host No. 5-seed Orange County SC at Zions Bank Stadium at 3 p.m. ET.

Every game of the 2019 USL Championship Playoffs through the Eastern and Western Conference Finals can be seen in the United States on ESPN+ and internationally through the Championship’s YouTube channel, with the final set to air nationally on ESPN2 on Sunday, November 17 at 7:30 p.m. ET. 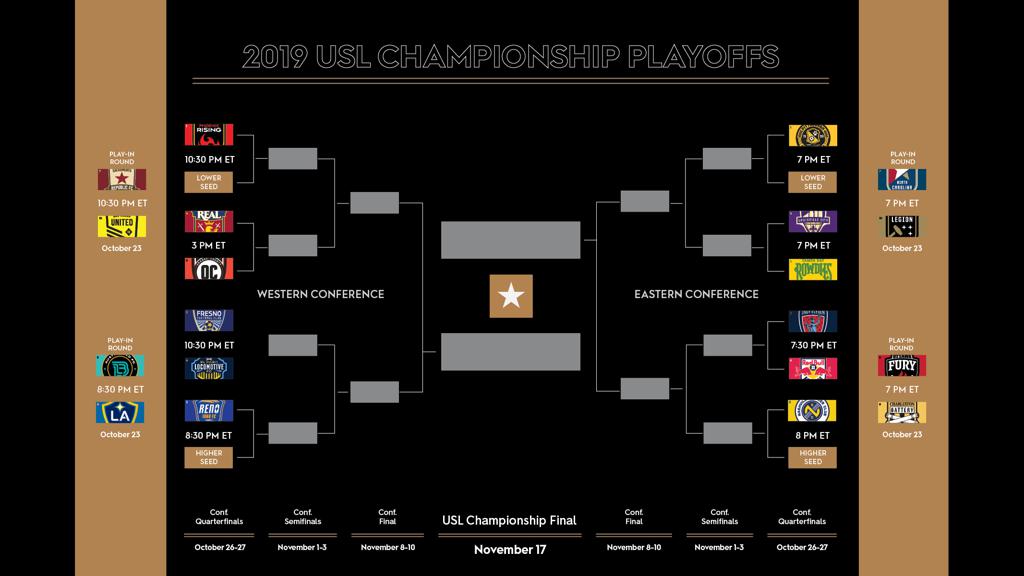