ANALYSIS: One Reason Why Sacramento, Orange County and the Monarchs Finish Fourth 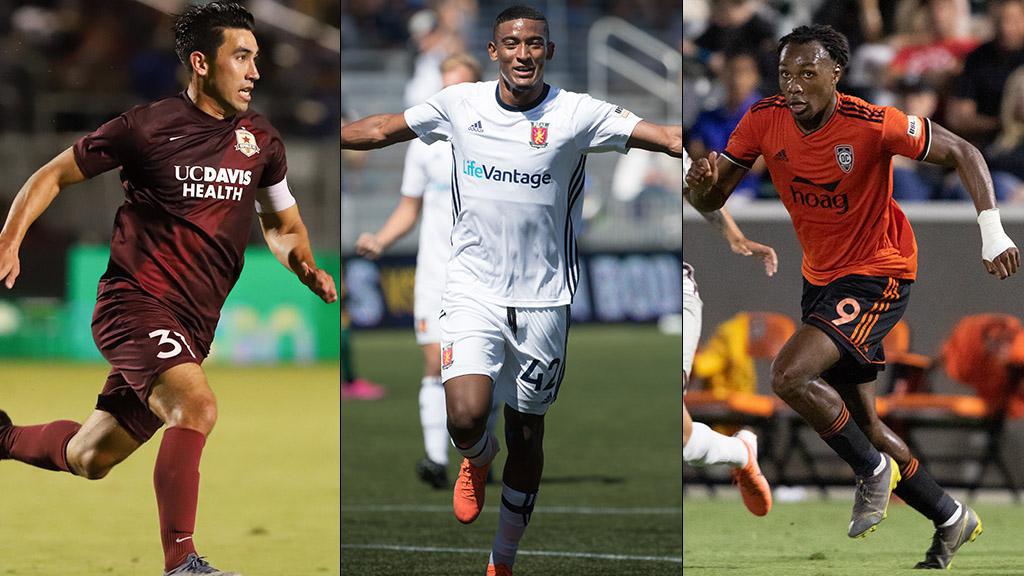 Sacramento Republic FC, Real Monarchs SLC and Orange County SC are set to do battle with each other over the final two weeks of the regular season as the race for fourth place in the Western Conference heats up.

With two weeks remaining in the regular season, the battle for fourth place in the Western Conference – and with it, a home game to open the USL Championship Playoffs – remains unclear.

While OCSC and Real have the potential to pass Republic FC with their games in hand, the fourth spot will likely come down to the result of a head-to-head round robin between the sides over the next two weeks, with each team playing the other two over the final stretch of the season.

Ahead of the start of that round robin on Wednesday night when the Monarchs host Orange County at Zions Bank Stadium, we’ve got one reason why each team will earn the fourth and final home game in the Western Conference Quarterfinals… and also one why they will fall short of that goal. 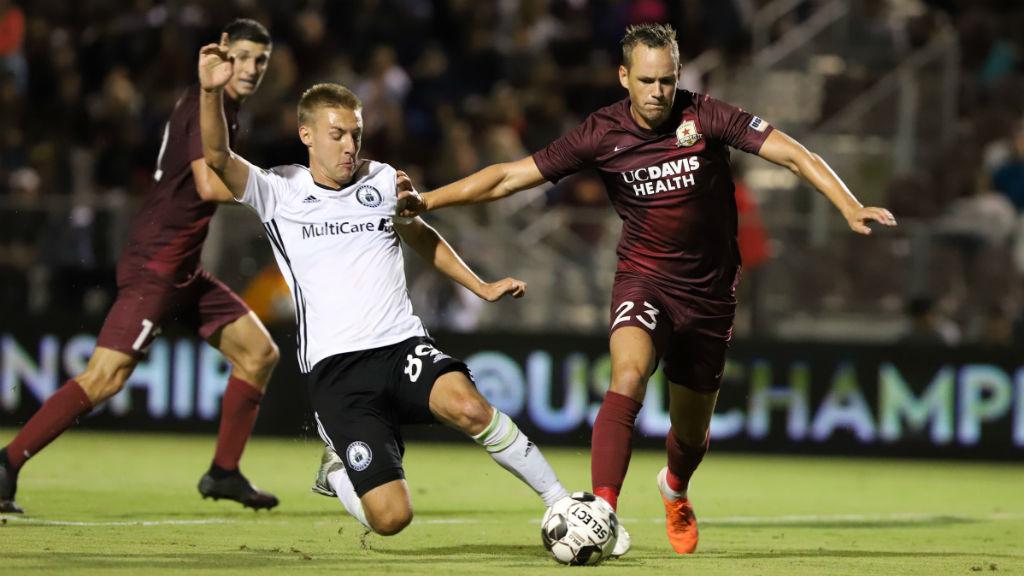 ENERGIZED ENEVOLDSEN: Since his arrival from Indy Eleven on August 14, Thomas Enevoldsen has been back to his brilliant best. The Danish forward, who recorded 20 goals and 10 assists for rival Orange County in 2018 but never really found his footing in the Eastern Conference, has picked up right where he left off by terrorizing Western Conference defenses. Enevoldsen has played a part in 11 goals – scored eight, assisted three – in 10 appearances for Republic FC, tied with presumptive MVP Solomon Asante (six goals, five assists) of Phoenix Rising FC for the most of anyone in the league since his arrival.

LETTING LEADS SLIP: Republic FC boasts one of the best defensive records in the Western Conference, having conceded the third-fewest goals (37) and recorded the third-most shutouts (12) but hasn’t quite shown that level of defensive resolve in recent weeks. Sacramento has scored first in each of its last three matches but has managed to pick up just four points from those contests, with the only victory against Tulsa Roughnecks FC coming after the side surrendered a two-goal lead only to rescue it late on. This three-game run is also the first time that Republic FC has conceded multiple goals in three consecutive league games since a similar stretch running from Aug. 23 to Sept. 2, 2017. That will be something Head Coach Simon Elliot will be looking to fix before his squad enters the postseason for the sixth straight year. 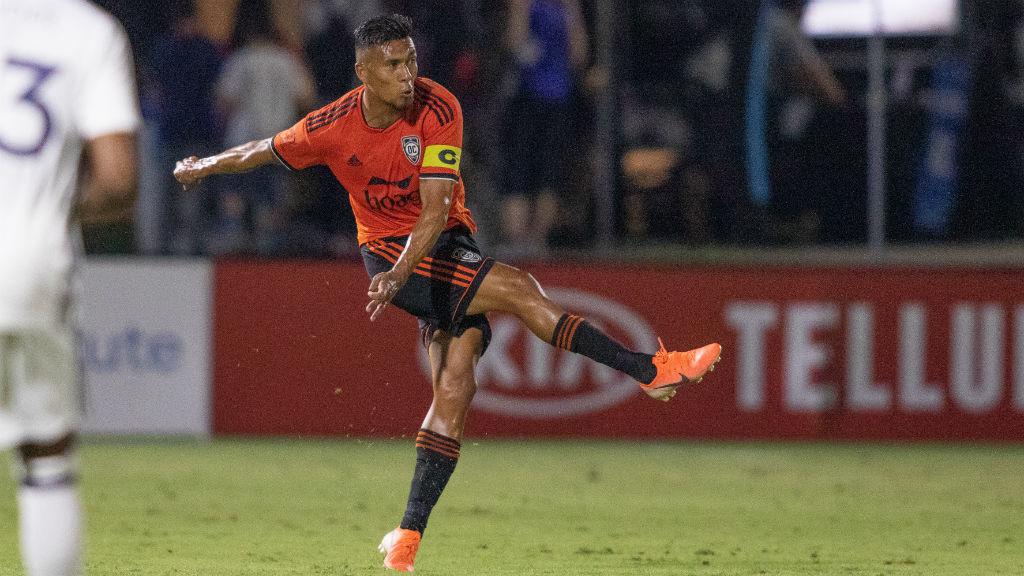 Michael Orozco has taken over the captain's armband for Orange County and brought an intense focus on the defensive end since his arrival at the club. | Photo courtesy Orange County SC

OROZCO AND CO.: Orange County’s sluggish start to the campaign had as much to do with defending, or the lack thereof, as anything else. Head Coach Braeden Cloutier’s side conceded 11 goals over its opening four games (0-2-2) and kept just three clean sheets before the arrival of former U.S. international center back Michael Orozco on June 22. It took a little bit of time for the new back line to gel, but now that it has you can see the payoff. Over its last 12 games, Orange County has posted as many shutouts (7) as goals conceded. That defensive organization – paired with a potent attacking trio of Darwin Jones, Michael Seaton and Aodhan Quinn – give OCSC a great shot to finish fourth and do some damage in the postseason.

LONG ROAD AHEAD: Orange County has the disadvantage of hitting the road for both of its matches this week against the Monarchs and Republic FC, which is even more troubling given the side’s inconsistency away from Championship Soccer Stadium this season. After winning 10 road contests in 2018, OCSC has managed to pick up three points just four times from 15 road games (4-6-5) and only one of those wins came against a side currently in the playoff field (2-0 at New Mexico United). The silver lining is the hope that OCSC’s recent form, which has seen it win three of its last four road contests, shines through in a tough end to the season. 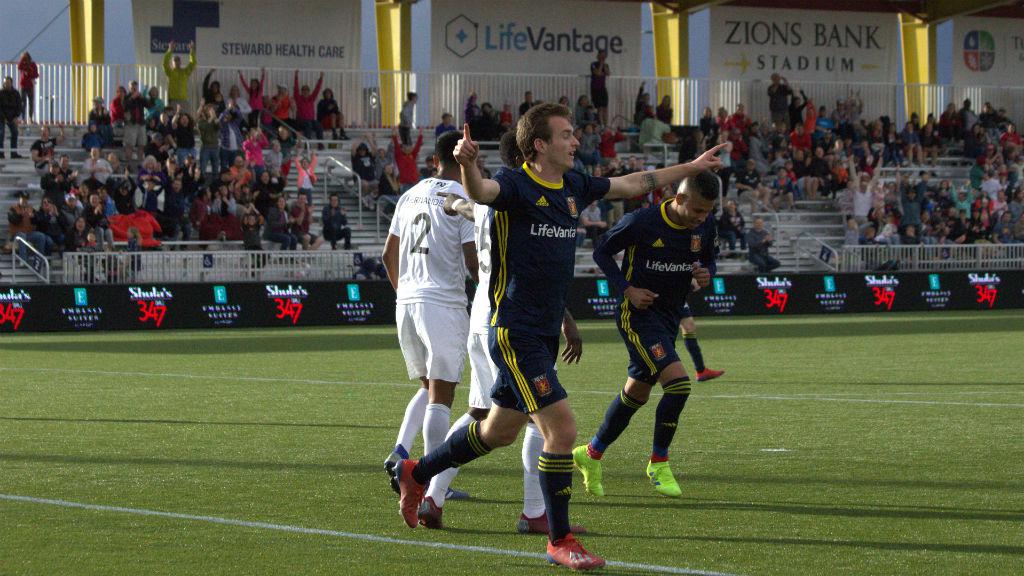 COMFORTS OF HOME: Real may have the highest possible remaining points total of the three teams fighting for fourth place, but it won’t be easy for the side to reach that 58-point threshold as it faces Western Conference leader Phoenix Rising FC and seventh-place Austin Bold FC in addition to its contests with Orange County and Sacramento. The silver lining for the Monarchs, however, is that they will host three of those matches – including both against their California rivals – at Zions Bank Stadium where they boast a record of 21-5-5 since the venue’s opening in 2018. Real is 9-2-3 on its home turf this season and has outscored its opponents 40-20 in those 14 games, with its 2.86 goals per home game ranking only behind Rising FC (3.13) among the Championship’s 36 teams. Doulgas Martinez and Maikel Chang have combined for half of that 40-goal haul and should be confident of leading their team to a strong finish.

STRENGTH, MOTIVATION OF OPPOSITION: In its first meeting of the season against its final four opponents, Real managed to pick up just one point – courtesy of a 1-1 draw in Sacramento – and conceded 10 goals over its three defeats to Austin, Phoenix and Orange County. Sure, the Monarchs will have the benefit of playing at home for most of the final stretch but that won’t necessarily make these sides easier to play against, especially with Austin and Orange County showing signs of improvement recently on the road. What makes matters worse for the Monarchs is that each of its four remaining opponents are still going to be playing for something, as even regular season title-winner Phoenix Rising FC needs a victory this weekend to set new league records for wins and points. That, combined with the fact that they will play four games in 11 days, could make things difficult for the Monarchs, even on home turf.