Iron Men: How Two Defenders Have Navigated the 2019 Championship Campaign

SAFC's Greene, STLFC’s Kavita on pace to play every minute of the season for playoff contenders 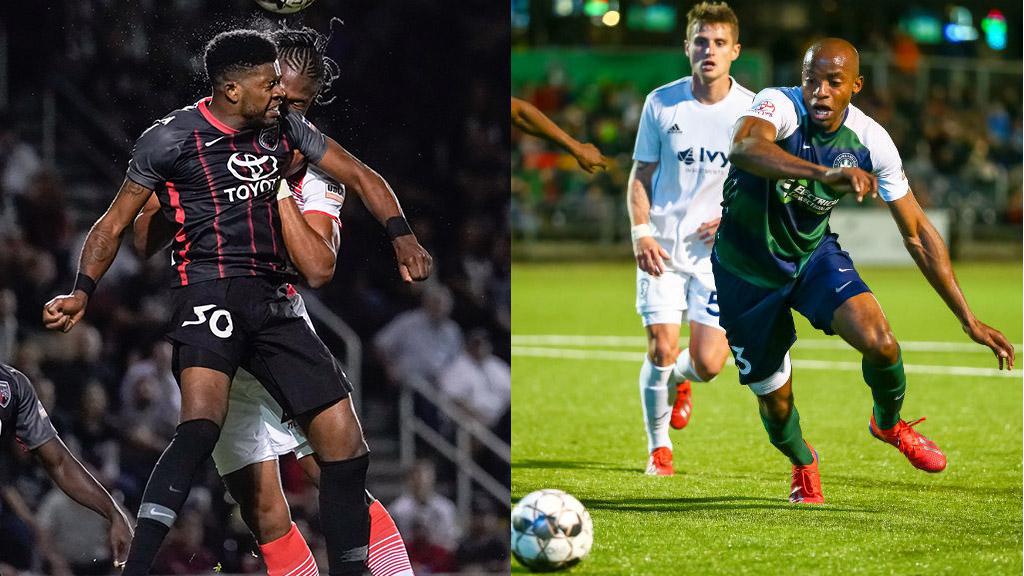 When you think of the names Cal Ripken Jr., Brett Favre and Frank Lampard, one prevailing characteristic should come to mind.

Yes, the three were all-time greats in their respective sports, but what set them apart from their competitors was their ability to produce at a high level over a long period of time.

Ripken Jr. played a Major League Baseball record 2,632 consecutive games for the Baltimore Orioles – a mark that will likely never be broken in this age of load management – while Lampard’s mark of 164 consecutive Premier League appearances is potentially even more impressive given the physical exertions of the sport and the quick turnarounds on the schedule.

The USL Championship has two outfield players pursuing iron man streaks of their own this season, as Saint Louis FC defender Phanuel Kavita and San Antonio FC defender Kai Greene have played every minute of the regular season to date as they prepare for the final two weeks of the campaign.

“It means a lot,” Kavita said of playing all 2,790 minutes of STLFC’s 31 games ahead of Wednesday night’s contest against Loudoun United FC. “It means I’m doing my job, I’m taking care of my body to be the best I can for the team, so [I’ve] just got to continue it and stay healthy and keep pushing for the playoffs.”

While avoiding injuries over the course of an eight-month regular season involves a little bit of luck, it’s also a testament to how the players treat their bodies and address areas of relative weakness in the offseason.

“I would say working on my flexibility was a big thing that I knew I had to work on,” said Greene, who has been a constant in the San Antonio lineup since his offseason move from Rio Grande Valley FC. “I’ve still got a long way to go with that, but it reduced the amount of hamstring strains I’ve had that in the past limited me and kept me out for periods of time.”

While Greene was limited just 18 appearances (15 starts) last season for RGVFC, Kavita is getting used to the heavy workload after logging more than 2,500 minutes during his debut season in 2018 for Saint Louis as he helped the side reach the postseason for the first time in club history. Despite being a constant in the lineup last year, things have changed for Kavita this campaign as Head Coach Anthony Pulis has slotted him alongside captain Sam Fink in the heart of defense.

“It was different last year because I was playing right back most of the season and I’m not really a right back, but I was able to get minutes in and get the experience of playing right back,” Kavita said of the tactical adjustment. “This year I’ve only played center back and that’s my comfortable position, so it’s been different, but it’s been good for me to kind of establish myself there and continue to try to improve.”

Kavita has certainly established himself as a strong central defender, ranking second on the team behind his center-back partner in clearances (107) and blocks (24). He’s also done well to stay out of the referee’s book, having picked up just three yellow cards over the course of the season despite committing the second-most fouls on the team (36). 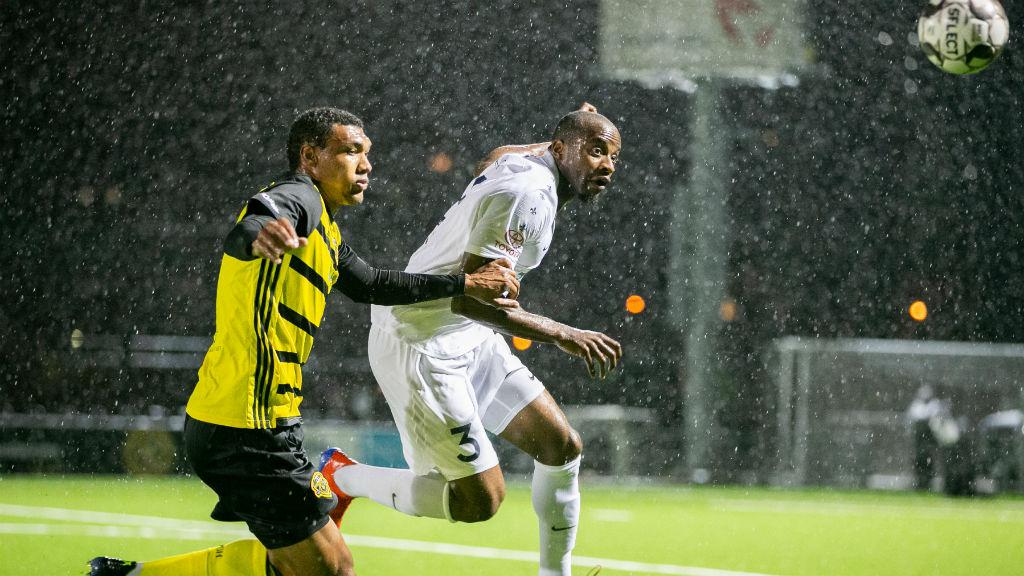 Discipline has been key to both he and Greene keeping their iron man streaks alive to this point as a sending off or one-game suspension for caution accumulation would put an unfortunate end to the run just shy of the finish line. As defenders, there is always the risk that a clumsy challenge could result in a red card, but that’s not something either player is thinking about in the heat of the moment.

“In the midst of the game I have to position myself,” explained Kavita. “If I know a player is getting ahead of me, you have to make a tactical foul, but it doesn’t have to be a stupid foul where you receive a yellow or a red card.

Greene – who has committed just 25 fouls in 32 games this season but is on caution accumulation warning entering Friday’s contest with the Portland Timbers 2 – believes a big part of defending without fouling comes from doing your homework on opponents ahead of time.

“I feel like I have a good understanding of how wingers and midfielders and forwards work,” said Greene, who leads San Antonio in interceptions (48) and tackles won (60). “I try to look at their movements and that goes to studying on film how my potential lineup would be one-on-one with a certain matchup.

“I try to look at his movements and try to anticipate as much as I can without getting caught in the wrong spot or putting myself in a bad position to pick up a yellow card. It’s just about being smart and timing your challenges right and just trying to give yourself the best advantage so you’re not surprised when it’s game time.” 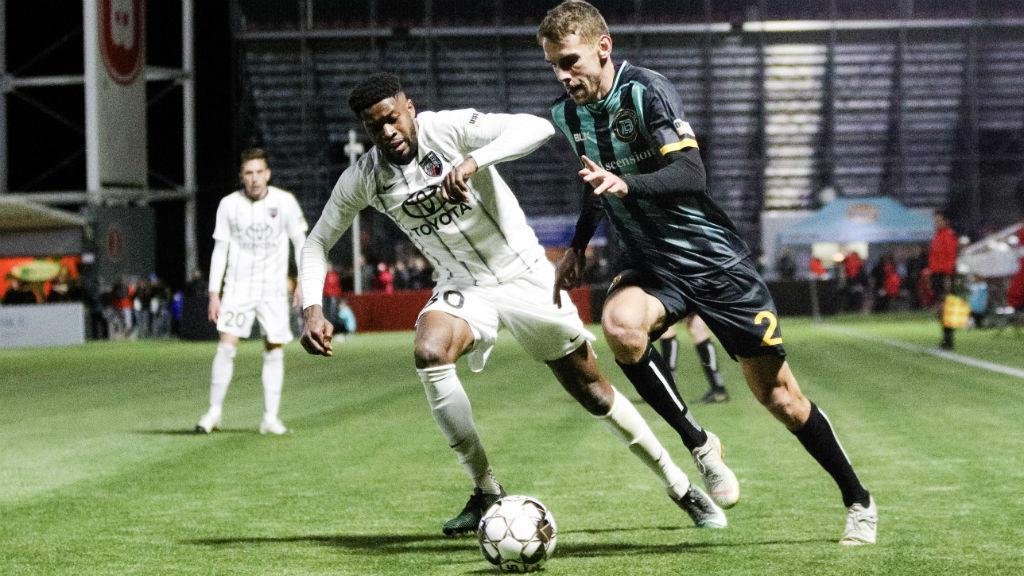 With both San Antonio and Saint Louis still fighting for a spot in the 2019 USL Championship Playoffs, you can expect Greene and Kavita to be on the field when it’s game time as they try to help their teams over the hump. If they do so, they’ll add their names to a list that includes players like Aodhan Quinn and Josh Suggs (2018) or Christian Duke and Taylor Mueller (2017) to have played every minute of a Championship’s regular season.

“I just focus on being available for the team,” said Greene. “I feel like that’s just my job to put myself in a position to where I can contribute to the team.”