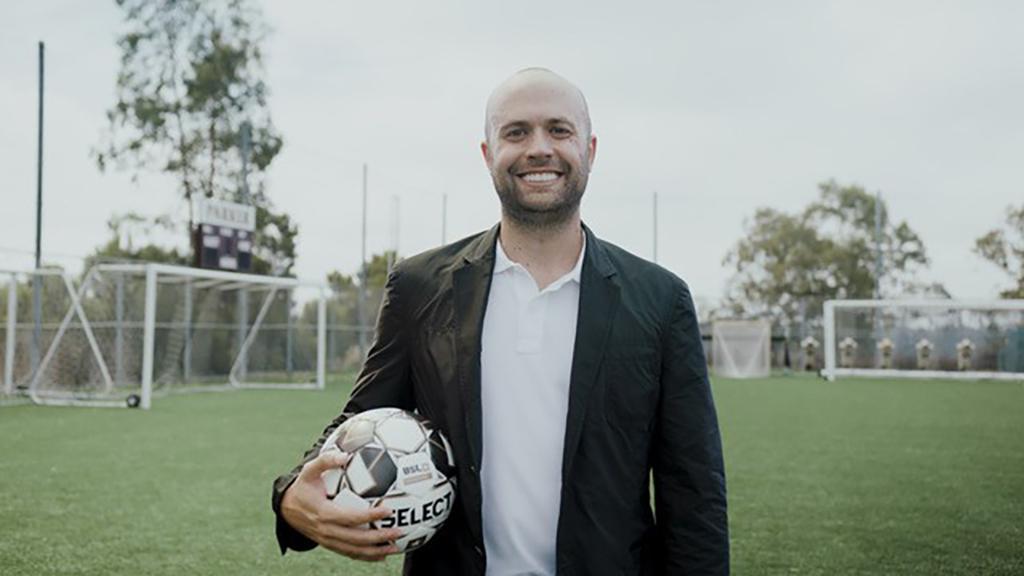 San Diego native Andrew Vassiliadis has become the youngest principal owner in the USL Championship as he becomes Chairman of USL San Diego ahead of its inaugural 2020 season. | Photo courtesy USL San Diego

SAN DIEGO – USL San Diego announced on Tuesday that local businessman and philanthropist Andrew Vassiliadis will serve as the club’s Chairman as it prepares to launch in the 2020 season. The 36-year old Vassiliadis is currently the youngest principal owner in the USL Championship. Vassiliadis will lead the Club with Founder and President Warren Smith.

“San Diego is home for me, and both this Club and I are here to stay,” said USL San Diego Chairman and San Diego native Andrew Vassiliadis. “Sports can be transformational for a city. Just as our beaches, parks and neighborhoods serve as gathering places for our community, our soccer matches will also serve as a place for San Diego to come together for one purpose and one badge. I am honored to work with Warren Smith, Landon Donovan and the first-class team they have assembled to build the highest level of men’s pro soccer in San Diego.”

Smith had conveyed from the founding and launch of the Club on June 19, 2019 his intent to find a strong local owner or ownership group that would lead the club. Smith and Vassiliadis finalized a term sheet for the club last week, making Vassiliadis the youngest principal owner in USL Championship. Terms of the deal were not disclosed per club policy.

“It is always important to find someone that is local and that cares and loves the game, and Andrew just exudes both these values,” said Smith. “The most successful sports franchises are led by people that care about the community and are from it. Andrew and his family have been giving back to San Diego both through their business and philanthropy for decades.

“To have his passion for San Diego, his experience with start-ups and his family’s history with development is just a perfect combination for this Club, not only for what we are building now but also in the future as we look to build a permanent home.”

Vassiliadis’s experience and association with soccer lends itself to both understanding the core audiences of the sport as well as the dynamic growth being seen in the soccer industry. He is a San Diego native; the son of an immigrant Greek family that created a home and life in San Diego as one of the largest real estate companies in the region. Vassiliadis attended Long Beach State before returning to San Diego to support his family’s philanthropic efforts. He serves as the Vice President of the Vassiliadis Foundation. Over the years, the Vassiliadis family has invested in San Diego through the creation of educational endowments for University of California San Diego (UCSD) cancer research to the construction of the Advanced Surgery Ward at the new UCSD Jacobs Medical Center. This is in addition to their contributions and support of the San Diego Zoo and various art organizations.

After 15 years in the entertainment industry, including the launch of Another Way of Life LLC which hosted events around to world to gather some of the best talent in music, Vassiliadis became the lead investor in Mention My Biz app. This app has now transformed into Well iQ and is used by audiences to handle quality care and reviews for hospitals.

Because of his belief that sports can transform lives and build invaluable lessons for youth, Vassiliadis is a coach of soccer and volleyball at his alma mater, Francis Parker School. His support of youth through sports and education will continue in his new role as Chairman.

Learn more about Vassiliadis and USL San Diego at USLSanDiego.com.