The countdown gets underway with two Casciadian standouts, and a bright young goalkeeper from the Rocky Mountains 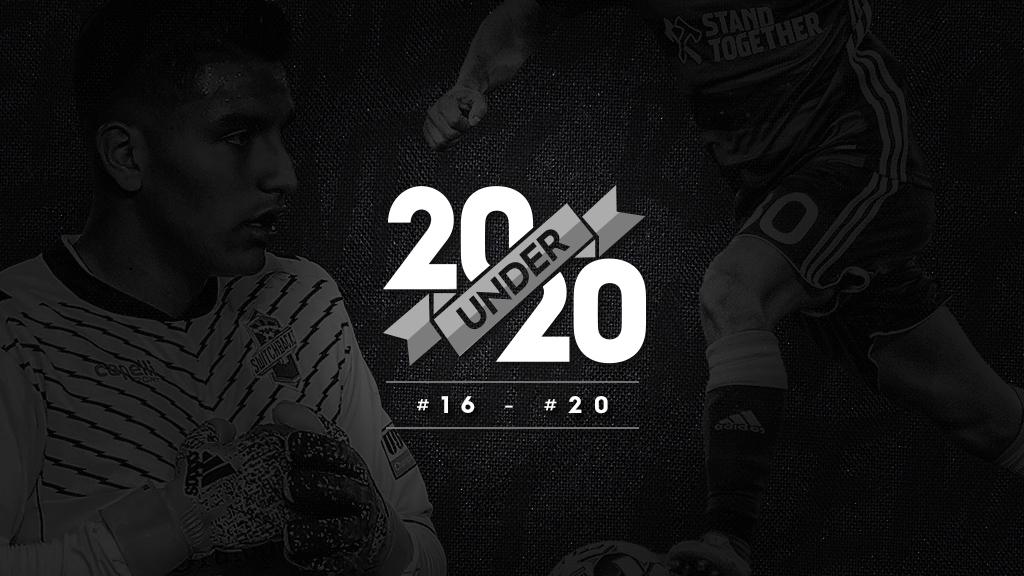 Leading off the 2019 USL 20 Under 20, we have a young goalkeeper who’s already made a big impression during his first season for Colorado Springs Switchbacks FC, and a forward whose found the net in both the USL Championship and League One and could be a big part of Canada’s push to reach the FIFA U-20 World Cup for the first time in more than a decade.

Brought into Colorado Springs Switchbacks FC’s squad under the club’s new partnership with the Colorado Rapids, Abraham Rodriguez grabbed the spotlight in his first game in the professional ranks when he made 11 saves in a road contest against Phoenix Rising FC at the age of 16 to help the side earn a 2-2 draw against the Western Conference leader.

The potential of the young shot-stopper – who turned 17 on July 19 – has continued to be in evidence over the course of the 2019 Championship season. His 14 appearances are the most by a goalkeeper for the Switchbacks this season, and he’s recorded two penalty kick saves among the 49 he’s made overall.

That led to Rodriguez officially joining the professional ranks with the Switchbacks on August 8, the first step on what could be a very long professional career.

- It certainly felt like Abraham got thrown in at the deep end this year, how impressed were you with how quickly he took to competing at the professional level?

The injury situation certainly influenced our timeline on Abe’s introduction. The important thing for us was that he had proven repeatedly in preseason and every day in training that he had the maturity and skillset to be given the opportunity. You never know exactly how a player will react the first time he gets thrown in, but we had the confidence that he was being put in a situation he could handle. In the end, his response was even better than we had hoped.

- What did it mean to sign him to his first professional contract with the Switchbacks shortly after his 17th birthday?

Abe has been part of the system for a long time, but every player is different. It is one thing to have the technical skillset to be a professional, but many times the signing timeline is simply driven by a player’s maturity and ability to take on board information at a different level. Because Abe has shown that ability, he gets the advantage of being a professional early in his developmental timeline. For players that are truly ready for the challenge at that age it can be big influence on future success.

- Where do you envision Abraham’s ceiling as a professional sitting, especially considering the elongated timeline that can apply to a goalkeeper’s arc of progression?

Abe has a very solid skillset to build upon and his experience this year is critical. USL has been, and will continue to be, a very important part of his development. The reality is that he will likely not peak for more than a decade, which gives us confidence that he has a very high ceiling. While we will base it on his progress, there is no doubt that we believe he can be on an MLS contract in the very near future. 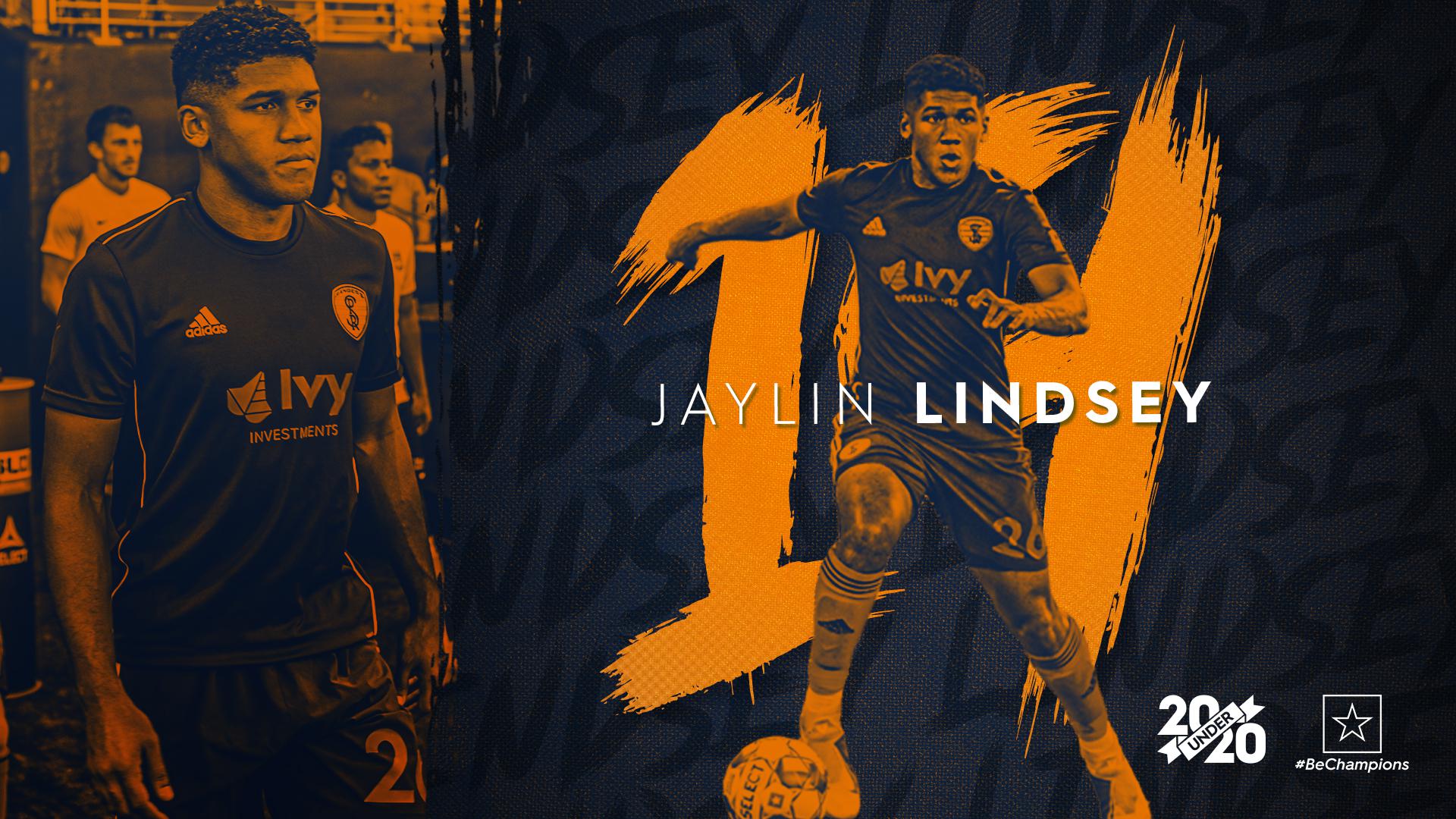 Earning his second consecutive selection to the list, United States U-20 international Jaylin Lindsey has not allowed time on the sideline after a torn meniscus suffered early this season to hinder his progression, with his performance for the Swope Park Rangers since his return highlighting the reason some had him tabbed for a breakout campaign with Sporting Kansas City at the end of 2018.

Lindsey had helped the United States claim its second Concacaf U-20 Championship last November, completing 71 of 76 passes across three appearances at the event, only to miss out on a trip to the FIFA U-20 World Cup this past May in Poland due to injury.

That passing ability has also been evident in 10 appearances for the Rangers this season, where he has completed 84.7 percent of his passes and recorded one assist and seven key passes in the attacking third.

Set to turn 20 next March, Lindsey’s breakout campaign in the top flight might have been deferred by a season, but the future still looks extremely bright for the North Carolina native.

- Jaylin has been a visible prospect since bring called into the U.S. youth national team program at the U-14 level, what is it that has kept him ahead of the curve in his development through the U-20 level?

Jaylin has been unbelievably dedicated to his goals. He’s very professional and disciplined. This is why he has been recognized and every age level with the national team.

- The meniscus injury earlier this year was obviously disappointing, but it looks as though Jaylin has quickly gotten back up to speed with Swope Park since his return. What’s stood out to you about his performances recently?

The main thing that’s been so impressive is how quickly he got back up to speed from where he left off before the injury. His overall ability to still get up and down the flank and be a threat with his service in the box has been a highlight every game.

- One of the biggest things that stands out is Jaylin’s ability to be a strong two-way player who will contribute consistently in the attacking third. Looking ahead to 2020, what’s the most exciting aspect of his potential?

We’re looking forward to him proving that he has the stamina that’s required to play in the Sporting system. If he can maintain that, along with his positive outlook, the first-team roster is shaping up for him to have opportunities to contribute more in the near future.

When he first joined the Toronto FC II squad late in the 2018 season, the potential Jordan Perruzza brought as a 17-year-old forward was evident. But the Canada U-20 international’s two goals in 129 minutes across four appearances was just a taste of what was to come in his first full season for the side as it moved to USL League One.

Perruzza has put together a campaign that has him in the picture for League One’s Young Player of the Year award with 12 goals and two assists in 21 appearances for the Reds this season.

Perruzza’s rate of a goal every 129.25 minutes places him third in League One among players that have scored at least five times this season, trailing only fellow 20 Under 20 selections Ronaldo Damus and Ricardo Pepi of North Texas SC.

Eligible to represent Canada at the next edition of the Concacaf U-20 Championship – where the side will try to earn its first trip to the FIFA U-20 World Cup since hosting the event in 2007 – Perruzza has the potential to a good building block for club and country in the future.

- Jordan came in late last season to TFC II and put up a couple of goals in limited appearances. How pleasing has it been to see him put up some big numbers in League One this season?

Jordan’s return to the club after spending time overseas has been fantastic. He’s proven he can score at the Championship and League One level. He demonstrates a commitment and mindset that will see him successful in a lot of environments.

- What is it that makes Jordan such an effective player in the final third?

He understands and has an awareness of the type of forward he is and wants to be. Limits himself to very purposeful movements and stays within his technical ability.

- The next step would seem to be making an impact at the Canada U-20 level in the next cycle, where does the club envision his progression taking Jordan in the next two years?

He is currently on a professional path. As player born in 2001, he still has a lot of games to experience and League One has provided that. Given his success thus far we will have to take a hard look at his pathway to ensure that he is challenged appropriately. 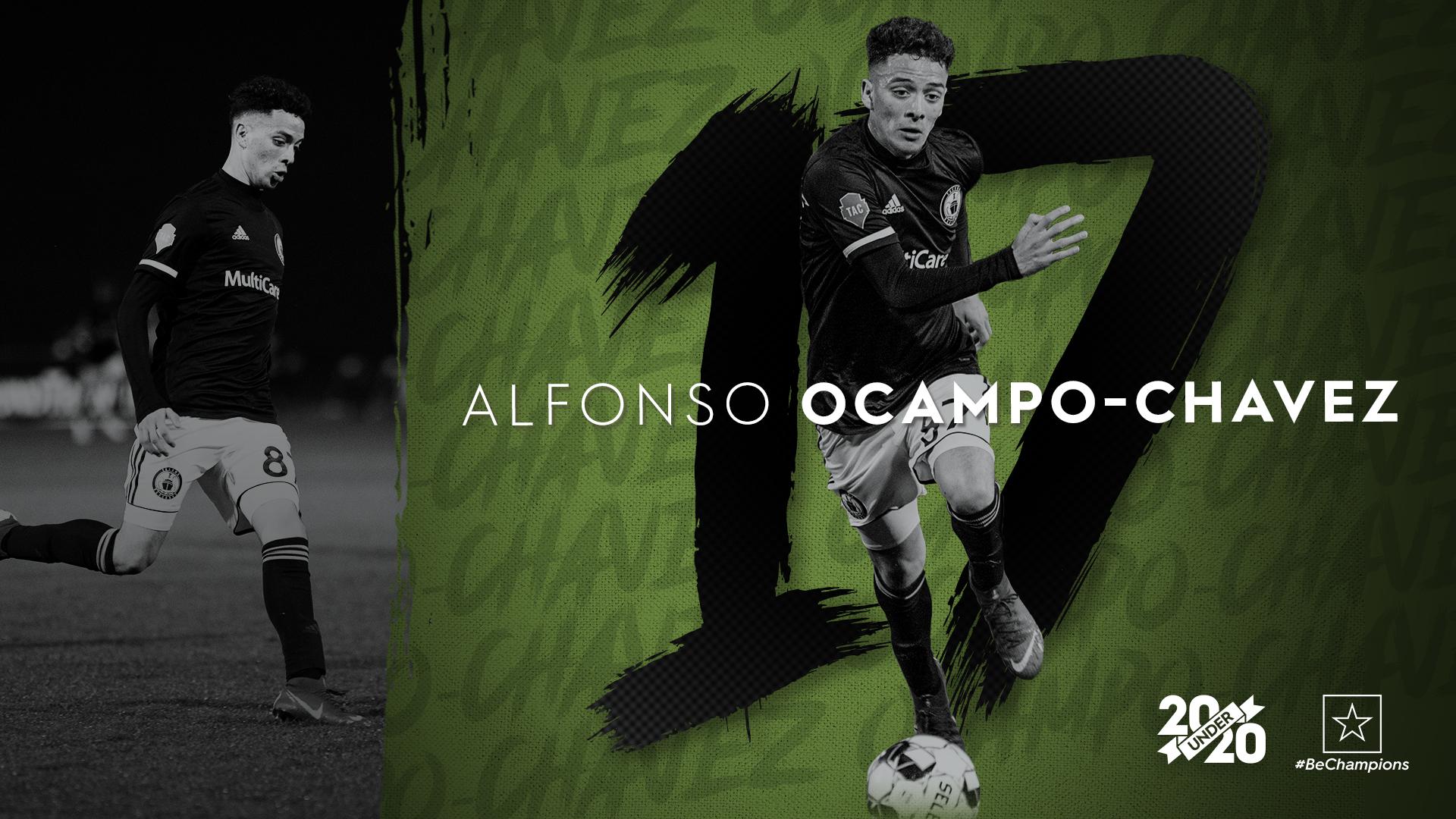 After seeing limited action in his first two seasons with Tacoma Defiance, Alfonso Ocampo-Chavez has made a major impression in his first full year at the Championship level while also putting in notable performances for the United States U-17 National Team in securing its qualification for the FIFA U-17 World Cup in Brazil in October.

Ocampo-Chavez has recorded five goals and one assist in 15 appearances for the Defiance, but arguably as impressive have been his qualities on the ball where he has recorded an overall passing accuracy rate of 83.6 percent on a rate of 25 passes per 90 minutes that only drops to 80.6 percent in the opposition half.

The 17-year-old also showed off a solid strike rate at the Concacaf U-17 Championship, finishing third on the team with four goals as the United States reached the final.

Having made his Seattle Sounders FC debut this summer in Major League Soccer, and with the U-17 World Cup potentially to come, Ocampo-Chavez looks set to be a name to know going into the next decade.

- This has been Alfonso’s first serious dive into USL-level competition after getting his toes wet the last two years, what’s pleased the club most about what’s he’s shown in 2019?

Alfonso has continued to score goals at every level. His most recent run of form has seen him find consistency in chances created and goals scored.

- Alfonso has been heavily involved with the U.S. U-17s this year as well, have you seen a difference in him as he makes strides within the national team program?

Alfonso has a wealth of international experiences and success. Over the last two years he has scored key goals against Mexico, Argentina and Brazil. The opportunity to test himself against the world’s best at his own age provides us with an interesting barometer.

- The numbers Alfonso has put up – especially in some passing metrics – have been very impressive this year, what do you see as the next step in his progression to the Sounders?

Goals! Once Alfonso is given a run of games at the MLS level the goals will come. After that there could be no looking back. 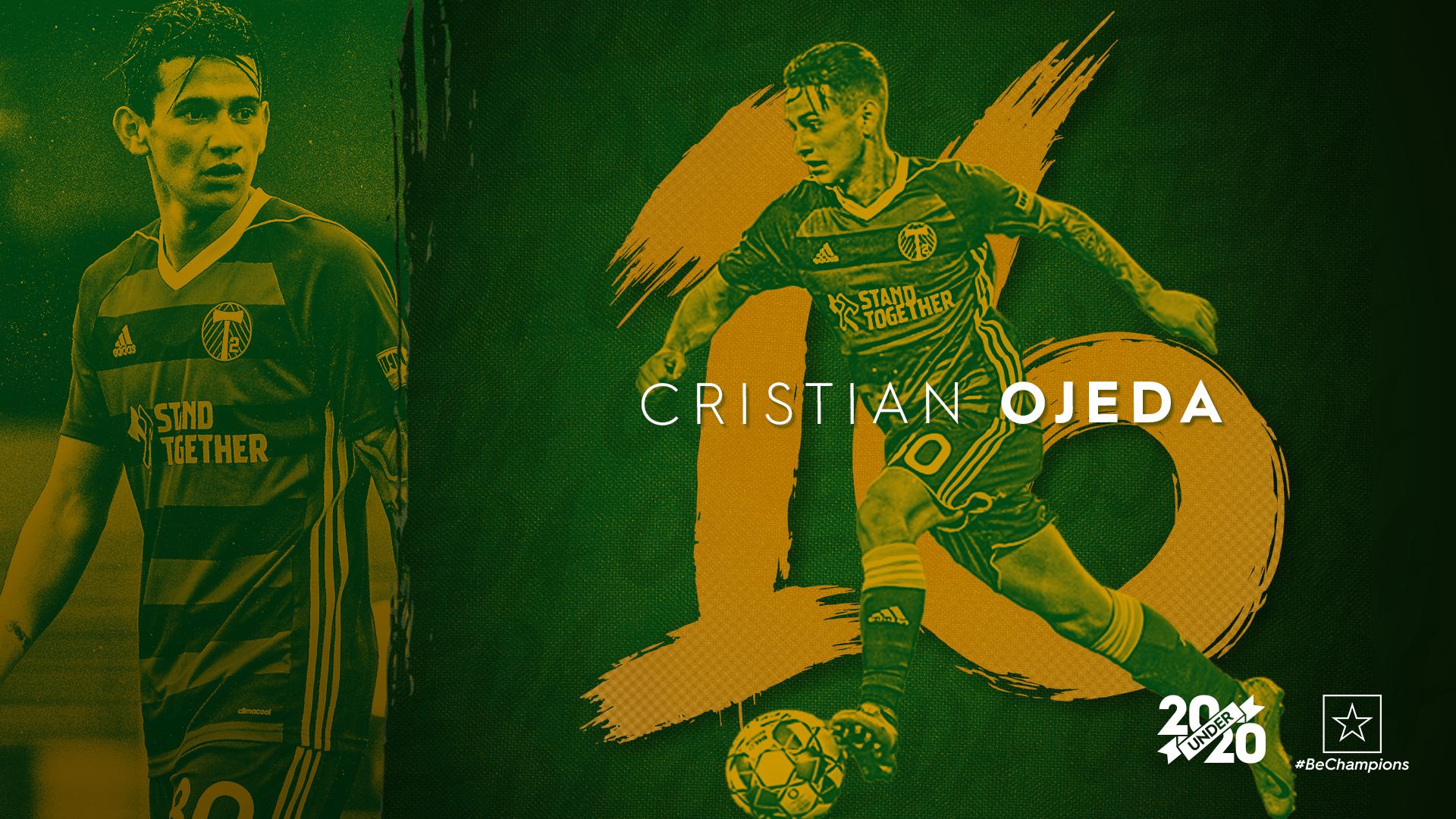 With experience playing for the Argentine U-20 National Team and for Club Atlético Talleres in the Argentine SuperLiga, there was plenty of pedigree behind Cristian Ojeda when he arrived on loan at the Portland Timbers 2 in March. That has carried over into his debut season in the Championship, where he has produced some highlight-reel moments during T2’s pursuit of a playoff place.

Ojeda has recorded three goals, three assists and 25 key passes in his 25 appearances for the club while showing the ability to link play centrally in the middle of midfield.

His willingness to try and strike from long-range – 24 of his 38 shots overall have come from outside the penalty area – could be a trait to try and temper, but there’s a confidence to that number that shows Ojeda’s belief in his abilities.

After this season in Portland concludes, it will be interesting to see what the path ahead for the young Argentine holds.

- What has been the biggest takeaway within the club about how Cristian has fared in his season on loan with T2?

Cristian has had a positive impact on the team with his work ethic, quality, and ability to acclimate quickly to a new environment. It is very difficult to adjust to a new country, new culture, language, etc. but Cristian has applied himself fully.

- We’ve seen Cristian produce some spectacular end product this year, where do you anticipate his ceiling as a player sits if he reaches his full potential?

Cristian has had some great moments this year, and some important contributions to our team. The more consistently he can display those qualities in games, the higher he raises that ceiling for himself.

- Has there been an aspect of Cristian’s game that has surprised you this season?

No real surprises. He has been a great professional and a good addition to the team.