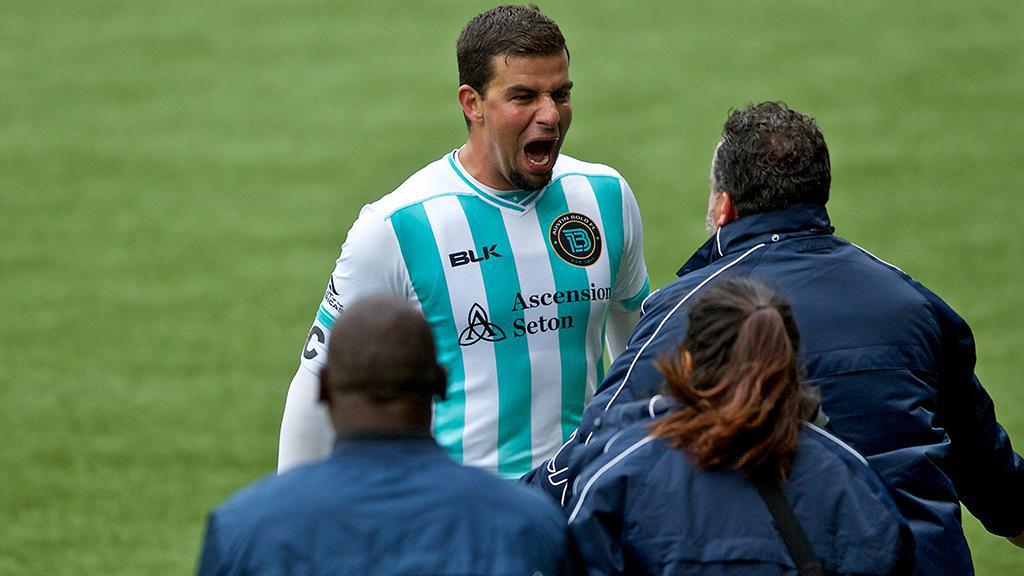 PORTLAND, Ore. – It’s quite a task, measuring luck – whether good or bad – over the course of a regular season.

But if you can accept the idea that leading the league in the number of times a side has hit the woodwork throughout the course of its season is a sign of poor fortune, then you could say that Austin Bold FC has been the unluckiest side in the USL Championship in 2019.

After all, Bold FC had hit the woodwork 17 times – with forward Andre Lima accounting for five of those, tied for the league lead – going into Sunday afternoon’s crucial contest on the road against the Portland Timbers 2 at Providence Park.

So, when Lima’s shot with six minutes clipped off the shin of T2 defender Adrian Diz Pe, and in turn wrongfooted Portland goalkeeper Jake Leeker as it slipped into the right corner of the net to put Austin ahead, you could look at it as the moment where things finally went Bold FC’s way.

“For us, this is huge,” said Bold FC forward Kris Tyrpak. “We struggled all year on the road. With these last four away games before the playoffs, it's huge for us to gain some momentum on the road.”

Austin’s inaugural season has been marked by ups and downs, which has meant while the side has always been solidly in the race for the playoffs it hasn’t quite hit on a consistent patch of form to carry it higher in the Western Conference standings in the way that established clubs Reno 1868 FC, Fresno FC and particularly Phoenix Rising FC have.

Sunday marked only the second time Austin had won back-to-back games this season, building off a crucial victory in its home finale the week before against Las Vegas Lights FC. Prior to Sunday, too, the side had only rallied five times to earn points from a losing position and had won only twice on the road in 13 tries.

That meant when Harold Hanson’s opening goal for T2 in the first half arrived off a slide-rule pass by Eryk Williamson, uncertainty about Austin’s playoff hopes the day after in-state rivals San Antonio FC and El Paso Locomotive FC had picked up big victories could have grown.

After a third comeback win of the season, however, those doubts are now all-but-gone with Austin sitting five points away from clinching its place in the postseason with three games to go.

HUGEEEEEE 3 points on the road. What a way to fight back and get the win. Lots of courage from the boys tonight @austinboldfc @EliteSportGK @uslchampionship one step closer to the playoffs. #goalkeeper #soccer #futbol #arquero #gobold #portland #oregon #austin #texas #futebol pic.twitter.com/bs9yhMyUO9

Tyrpak provided the spark, having taken the place of Kleber – the side’s hero against Las Vegas – in the 41st minute as the Brazilian was forced out due to injury. The Texan rose highest to head home from Sean McFarlane’s right-wing cross to notch his eighth goal of the season in the 64th minute, nodding his finish into the bottom-left corner of the net.

“Being able to come up and contribute right away is huge,” said Tyrpak. “You have to play your role in the team. Wherever the coach needs you, that's where you need to play. I've done very well this year off the bench, and hopefully I can continue to score some more goals this year.”

The road heads next to Utah for a showdown with Real Monarchs SLC on Saturday afternoon at Zions Bank Stadium. It’s one of the toughest places to visit in the league, with Real having lost only twice on its home turf this season.

But with a little bit of luck, Austin could be postseason bound by next Saturday night.