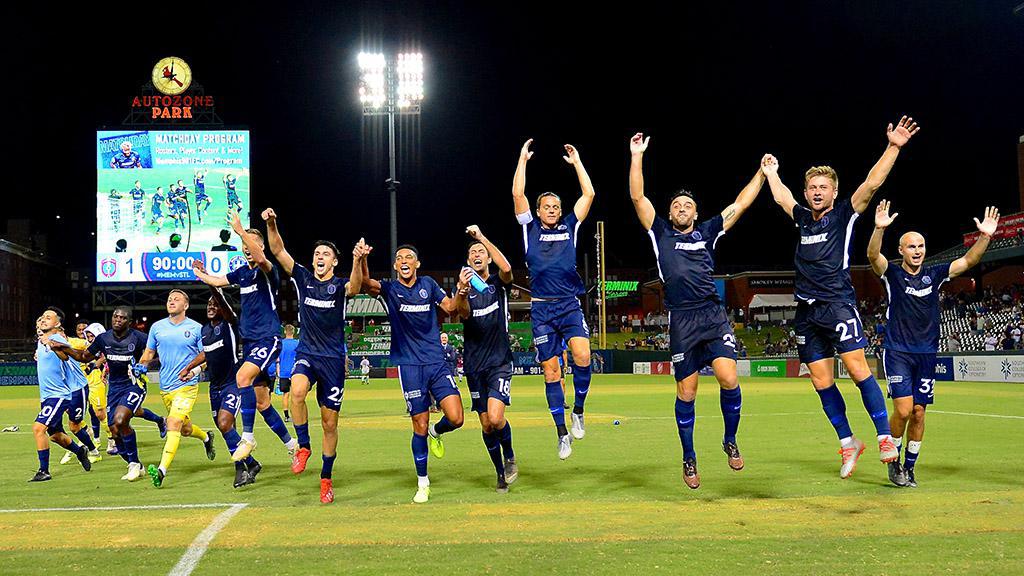 Mathematically, Memphis 901 FC is still alive in the race for the 2019 USL Championship Playoffs.

That said, it’s a longshot to come off.

FiveThirtyEight.com gives 901 FC a 1 percent chance at reaching the playoffs.

Because what’s happening right now in the Bluff City is construction of a foundation that will provide a springboard into 2020, giving Memphis the chance to become the latest club to go from a solid yet unspectacular first season to a serious contender in Year 2.

You only need to look at this year’s USL Championship standings to find a club 901 FC could emulate 12 months from now. Fresno FC is currently on pace for a 10-position improvement from its inaugural season, sitting in second place in the West after its big victory on Saturday night to break Phoenix Rising FC’s 20-game winning streak.

As tough as the Eastern Conference looks right now, making that big of a jump next year is going to be a challenge, but it’s clear from Memphis’ current four-game winning streak that there has been serious progression this year.

For starters, the side is simply feeling better equipped to take on what the Championship’s challenges.

“I think confidence is the key word,” 901 FC goalkeeper Jeff Caldwell said after Saturday’s win against Saint Louis FC, a side that had entered on a five-game winning streak of its own. “I think we have homed in on what we are about and what we are good at. We are building our identity, and that's hard to do with a new team. We have gotten better at just making plays at the right time and understanding what it takes to get the job done.

“Right now, we're in a good way. Regardless of results, I think it's important to continue to understand what our strengths are and become even better in those areas.”

Second, Memphis’ front office has made in-season acquisitions that have not only improved the side in the short-term but have the potential to pay dividends down the road if the core group is kept together. Picking up center back Liam Doyle from Nashville SC, forward Brandon Allen from the Tampa Bay Rowdies and making a loan deal for Marcus Epps of the New York Red Bulls among other moves have given 901 FC’s squad a solid boost. 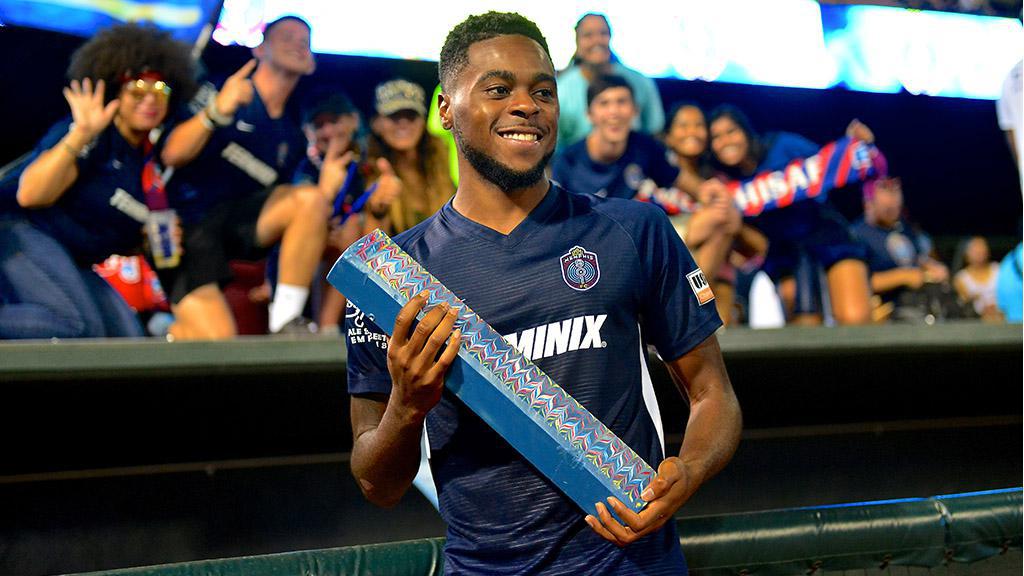 “It's so together, and everyone's excited,” said Epps, who scored the game-winning goal against Saint Louis on Saturday. “The boys have been working hard all week, all year just to get these wins. To get these results have been so great and guys are enjoying it. It's making everyone more hungry.”

With the win over Saint Louis adding to Memphis’ recent momentum, games like Tuesday’s against Riverhounds SC, a trip to Indy Eleven on October 5 and a home date with Louisville City FC to close the regular season on October 19 are going to add some insight on where Memphis stands alongside the top team in the Championship’s Eastern Conference.

But after a season that has seen 901 FC’s players learn plenty as individual and as a group, the steps the side has taken in a positive direction bode well for what’s next.

“As the season went on, we were punished for things and we've stopped touching the stove,” said Caldwell. “I think as a group we've matured a bit and realized that there are moments where we have to make plays and we have to play smart and be composed. Those things compound when things aren't going well. Now, you're seeing the inverse of that, where we are starting to get stronger and stronger in those moments.”