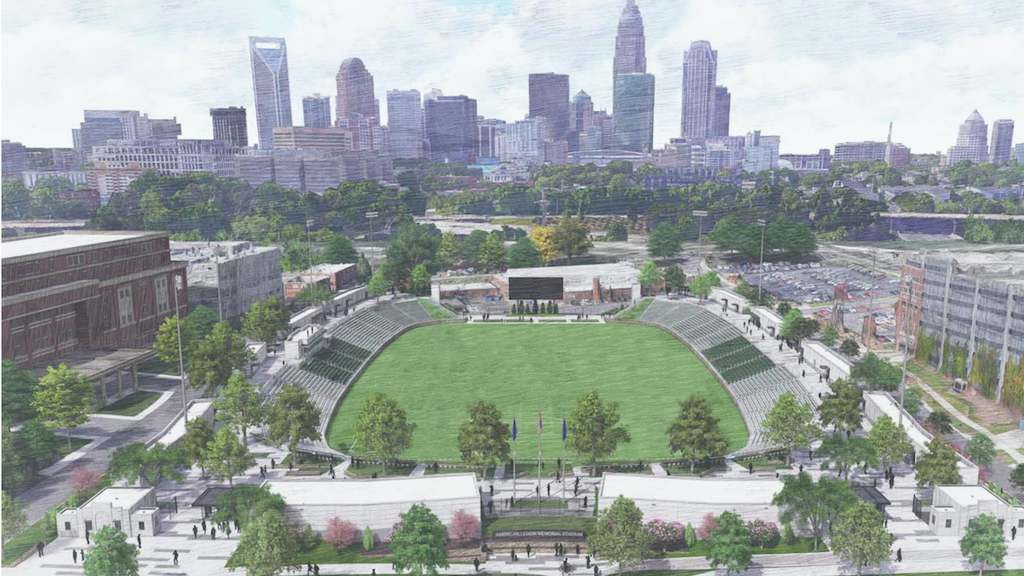 Fall of 2018, Queen City Soccer Club LLC. struck a deal with Mecklenburg County on a 10-year lease to play home games at the historical site when the renovations were complete.

The stadium is projected to have a 10,500 seating capacity, while improvements are made to the field to accommodate football, soccer, lacrosse and concerts. Facility upgrades will include new restrooms which meet ADA requirements, while historical features such as the ticket offices and rock wall will be preserved. This past summer, The Historical Landmarks Commission approved the design of the renovation project.

Since 2015, the Charlotte Independence professional soccer team has partnered with Mecklenburg County for USL Championship home games. A temporary facility was built at Ramblewood Soccer Complex which served as the team’s home in 2015-16, and since the Independence has played and practiced at the Sportsplex at Matthews.