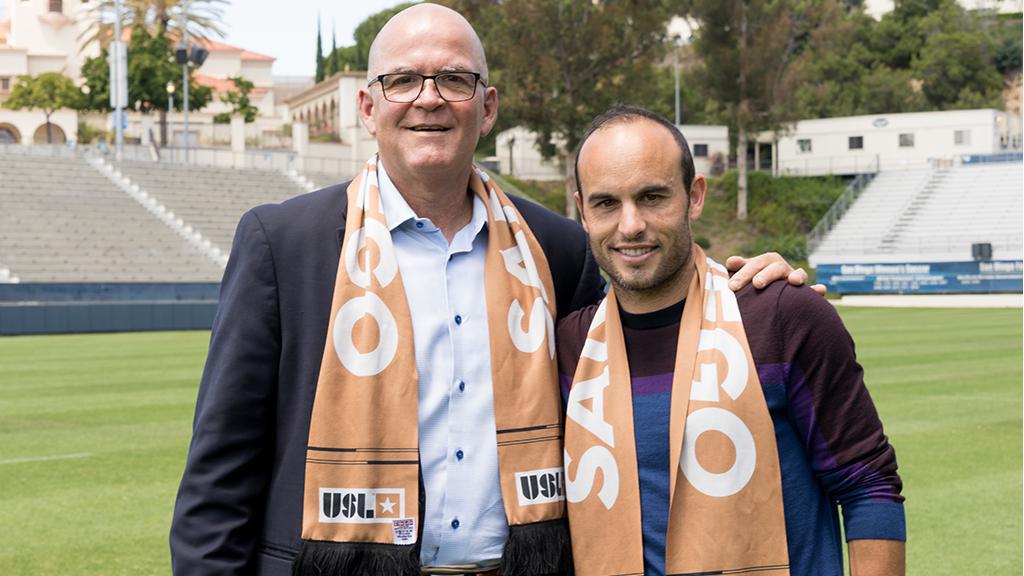 SAN DIEGO – USL San Diego announced on Tuesday it will join the USL Championship for the 2020 season, with the club’s inaugural campaign at Torero Stadium on the campus of the University of San Diego set to kick off on the first weekend of March 2020. Deposits for season tickets will open to the public on Wednesday, September 18 at 10 a.m. PT.

“Playing our inaugural season in 2020 was important to us, to the league and most importantly to the San Diego soccer community,” said USL San Diego President and Co-founder Warren Smith. “The excitement and anticipation we have for the season is palpable. We have our sights on our opening night, and that incredible moment we can take the pitch for America’s Finest City.”

“I have been honored to be a part of some special teams over the years, but few experiences can compare to the opportunity of building a club in its inaugural season,” said Donovan. “It is all about building a team that wears San Diego across their hearts and competes at the highest level on the pitch. As we build this roster, we will do so by identifying both the best local talent through open tryouts, as well as signing some of the best in the world to join us at training camp in January 2020.”

USL San Diego will begin accepting deposits for season tickets starting September 18 at 10 a.m. PT. The $50 nonrefundable deposit will hold priority placement for any fan wishing to become a Season Ticket Member. Deposits will be converted into season tickets and seats selected in early October 2019 at 6,000-seat Torero Stadium.

To learn more about the season, tickets and stadium, visit uslsandiego.com.