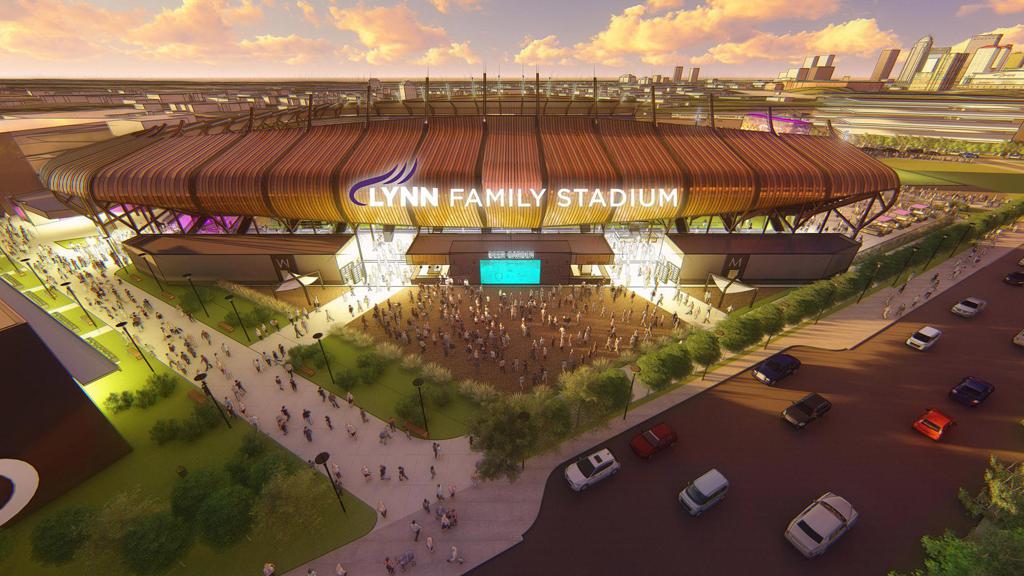 Louisville City FC has sold more than 5,000 season tickets for its inaugural season at Lynn Family Stadium, which will open in the 2020 USL Championship Season.

LOUISVILLE, Ky. – Louisville City FC announced on Monday it had sold more than 5,000 season tickets – and sold out 11 full sections – on the same day that season tickets for the club’s 2020 season, its first at the new 11,700-seat Lynn Family Stadium, went on sale to the general public.

The mark is already the second-highest season-ticket base in the club’s history, with fans already choosing their seats for the new soccer-specific stadium ahead of its official opening next spring.

“The response has been tremendous,” Louisville City FC President Brad Estes said. “Our longtime Season Ticket Members have had access for more than a month and many of them have already selected their seats. And now that the public has access, we have already sold more than half our allotted season tickets for 2020.”

Louisville is currently averaging more than 8,300 fans per game for its final season at Slugger Field, a rise of almost 10 percent from the 2018 season, which places the team fourth in the USL Championship this season. That number figures to rise to even greater levels as the club moves into its permanent home, which will have an overall capacity of 14,000 and feature a safe-standing section in the Butchertown supporters end.

“It is truly a cathedral for soccer,” said LouCity coach John Hackworth. “The ability for our fans to be right next to the action will be a new experience.”

Louisville’s development is the next soccer-specific venue scheduled to open in the USL Championship, with both Colorado Springs Switchbacks FC and the Charlotte Independence both set to move into new downtown facilities for the 2021 season.

The 11,700-seat venue projects to be the largest soccer-specific stadium operated by a Championship club upon its opening, narrowly surpassing Sacramento Republic FC’s Papa Murphy’s Park (11,569).