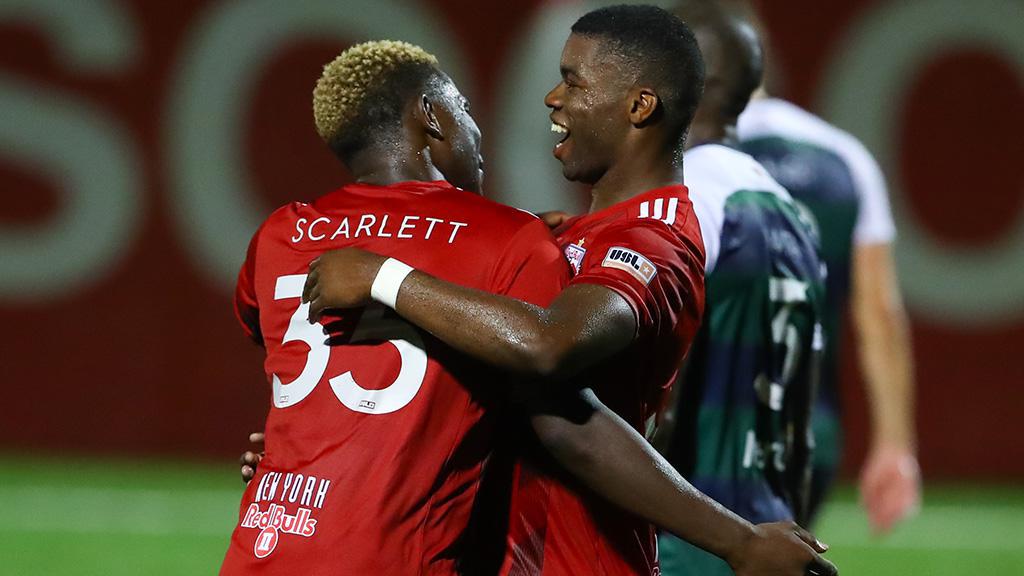 It’s impossible to be unimpressed by what’s happening this season with Phoenix Rising FC.

With 16 consecutive victories – the most by any outdoor professional team in U.S. Soccer’s modern era – the Western Conference leader is set to reshape the USL Championship’s record book in numerous categories.

Some are even using the streak and the club’s remarkable goal differential to crown this Rising FC side as the greatest in the league’s history.

Me? I’m going to hold off for the moment on that, in part because I think in order to claim that crown you need to have silverware to show for your endeavors at the end of the season.

So that means at least for the time being, the 2016 edition of the New York Red Bulls II still holds that title. Featuring players you might have heard of like Tyler Adams and Aaron Long, and a boisterous attack led by Brandon Allen that notched a then-record 61 goals and 69 points in the regular season, the Red Bulls II claimed the regular season and playoff titles to make their claim as the league’s all-time best. 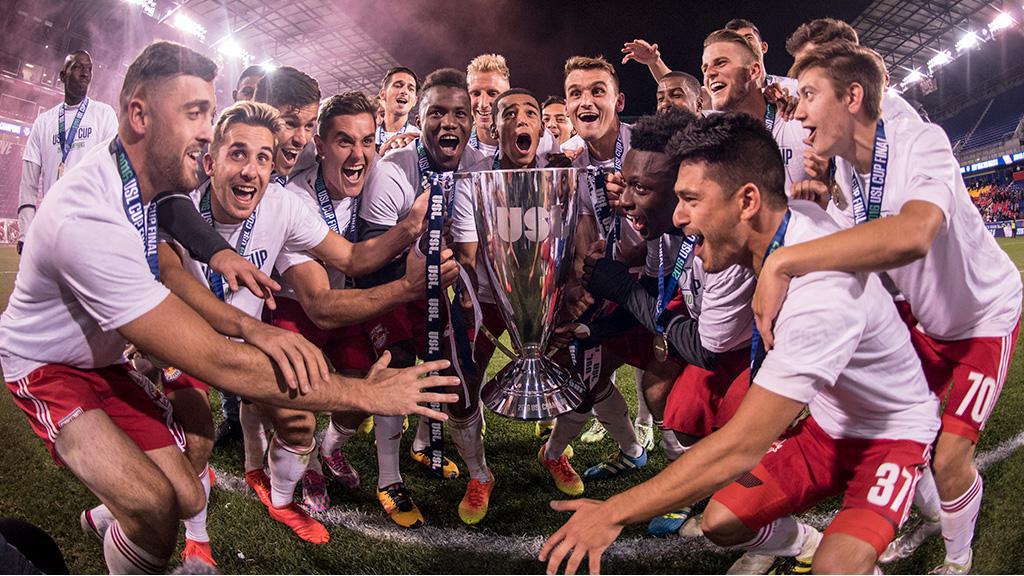 And while that certainly could remain the case, there’s another team aside from Phoenix that is on course to do some special things this year – the current Eastern Conference-leading New York Red Bulls II.

After two seasons in which the rampaging attack was accompanied by a defense that conceded far too frequently to create the consistency needed to remain near the top of the standings, this year’s squad led by midfielders Jared Stroud and Chris Lema, defender Jordan Scarlett and goalkeeper Evan Louro is flying high again in the Eastern Conference.

And after back-to-back road victories against Nashville SC and the Swope Park Rangers in the past week, the side is well positioned to make another run at a title.

“Obviously, we have a bunch of road games coming up, so it was kind of good to get those started with six points,” said Louro this week. “I thought the guys did well in the first game and we had some rotation in the second game, and everyone came in and did their jobs. Coming out with two wins really helps us kick off this away game stretch.”

Of course, maybe the most impressive number the 2016 edition of the Red Bulls II put up was couched in its away record. That side recorded 13 road victories – contrasting with eight home wins – and lost just once on its travels on the way to the regular season title.

The current edition of the Red Bulls II won’t match that – although their 6-2-3 record so far is currently tied for the fewest road defeats in 2019 – but with MSU Soccer Park having become one of the toughest places to play in the Championship, the side can go into its six remaining road contests in with a chance of surpassing the 69-point total accumulated by its predecessors three years ago.

After all, it’s already surpassed one of the marks that was set three years ago by Brandon Allen, Derrick Etienne Jr. and company, and in fewer regular-season games. After Saturday’s victory against Swope Park, the Red Bulls II have recorded 64 goals in 26 games – compared to 61 in 30 for 2016’s squad – which has also put the team on course to overtake its club record of 71 regular-season goals set a season ago.

With a visit to Indy Eleven – which sports the Championship’s best defensive record going into this weekend – up next at Lucas Oil Stadium next Wednesday night, the Red Bulls II certainly will have a battle on their hands to finish on top of the East for the second time in club history, with the Eleven, the Tampa Bay Rowdies and Nashville SC all potential challengers for first place.

But with as far as this year’s squad has come under Head Coach John Wolyniec, it’s going to enjoy the ride as it looks to claim its own piece of history.

“It’s always nice you know,” said Red Bulls II defender Preston Kilwien of the team’s current position. “I doubt many people expected us to be at the top like this, so for us to just keep fighting and keep being at the top is just awesome, a great feeling.”