Tampa Bay, Nashville Have Evolved Since May Matchup 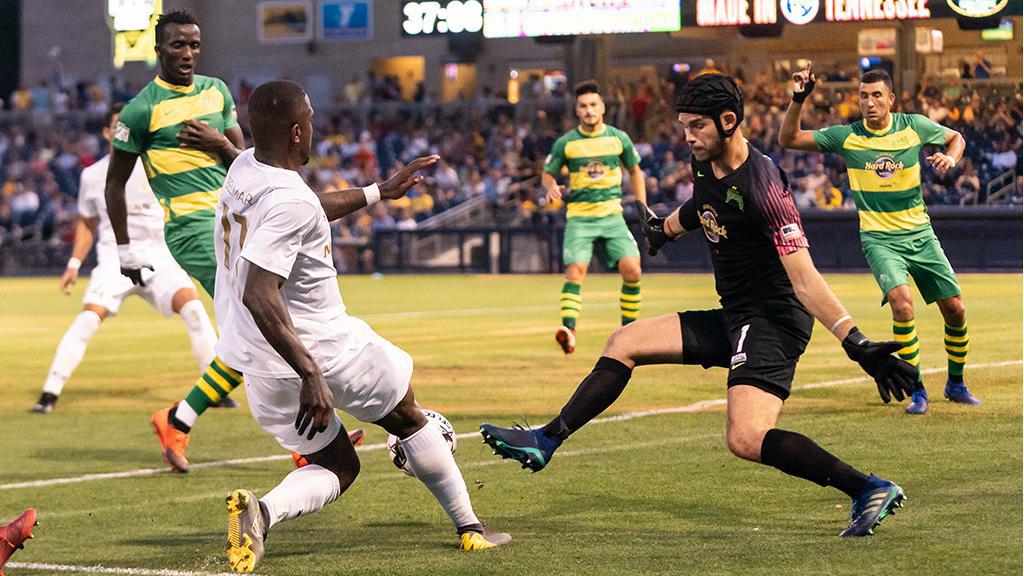 The Tampa Bay Rowdies took a 1-0 victory in May when they visited Nashville SC at First Tennessee Park. The rematch at Al Lang Stadium is set for Saturday night. | Photo courtesy John Wilkinson III

With all due respect to the LIPAFC clash between Louisville City FC and Indy Eleven – which has been selected for a special Friday Night Edition of Wednesday Night Soccer on ESPN due to the historic rivalry between the two clubs – there may be no bigger game this weekend in the USL Championship than the Tampa Bay Rowdies’ clash with Nashville SC on Saturday night at Al Lang Stadium (7:30 p.m. ET | ESPN+).

With the second-place Rowdies sitting a point ahead of third-place Nashville, while also having played one game less, the contest could definitively determine which side – along with Indy and its numerous games in hand – is going to provide the biggest challenge to current Eastern Conference leader the New York Red Bulls II over the final quarter of the season.

These teams have, of course, met previously this season in another contest selected for national broadcast at First Tennessee Park. The Rowdies came out on top in that contest thanks to a first-half goal by Juan Tejada and a strong defensive performance that limited NSC to only three shots on goal, including just one for Nashville’s leading scorer Daniel Rios.

In the three-and-a-half months that have passed since that meeting on May 8, though, some things have stayed the same, but plenty has changed. Here’s a look at what determined the outcome last time out, and how the changes both sides have seen could affect this weekend’s game. 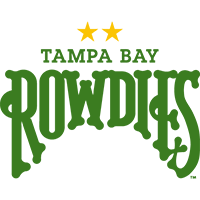 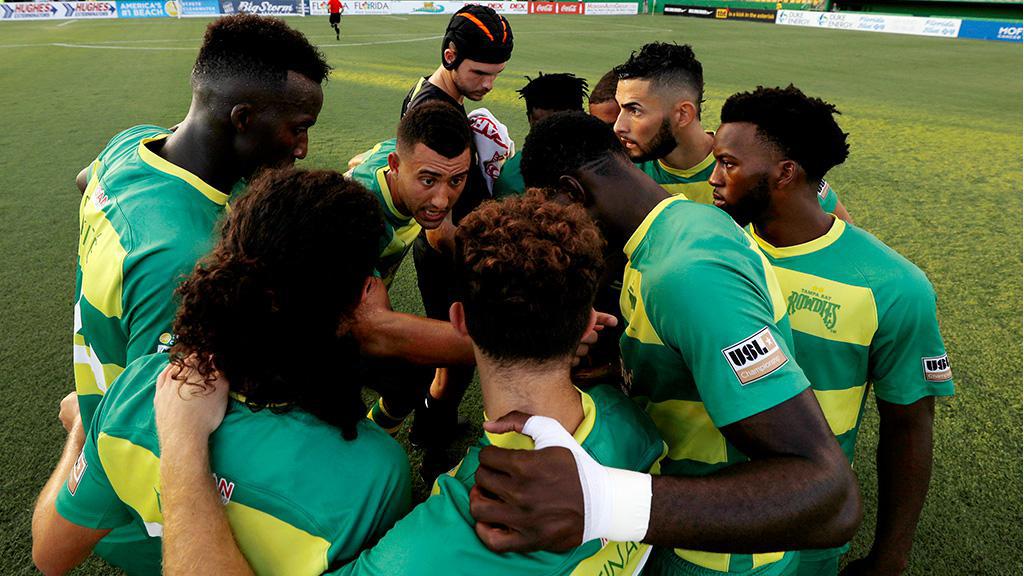 The Tampa Bay Rowdies have a chance to solidify their second-place position in the Eastern Conference if they can complete a season-sweep of Nashville SC on Saturday night. | Photo courtesy Matt May / Tampa Bay Rowdies

You can start with the Rowdies’ back line, which in the first meeting looked exactly as it should on Saturday with Caleb Richards, Pape Diakite and Tarek Morad sitting in a back three in front of goalkeeper John McCarthy. Tampa Bay has conceded the second-fewest goals in the Championship this season with an overall goals-against average of 0.80, and one with McCarthy in the net of 0.60, and has allowed the second-fewest shots (223) to only Pittsburgh Riverhounds SC.

With Andrew Tinari having returned recently from injury, the Rowdies could suit up the same front three as when these sides first met, when Sebastian Guenzatti set up Tejada for the game’s only goal.

The biggest change for the Rowdies has been the reemergence of Kwadwo Poku, who saw seven minutes of action in the first meeting between the clubs as a late substitute but is now arguably Tampa Bay’s most influential player. Since July 1, Poku has attempted and completed the third-most passes for the Rowdies (297 of 346, 85.8 percent accuracy) behind defenders Caleb Richards and Tarek Morad, and his ability to pick out the pass before the key pass – Poku has completed 114 passes in that span that end in the final third but is credited with only nine chances created from open play – has been part of the reason why the side has scored 20 goals in its last eight games.

Another aspect to that has been the surging play of Malik Johnson, who has taken over from David Najem on the right side to provide added attacking impetus in the same manner as Leo Fernandes supplied down the left when these teams first met. Johnson’s 13 chances created from open play since July 1 trail only Fernandes (21) and Guenzatti (14) on the team and have added a new dynamism to the Rowdies in attack. 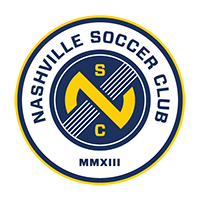 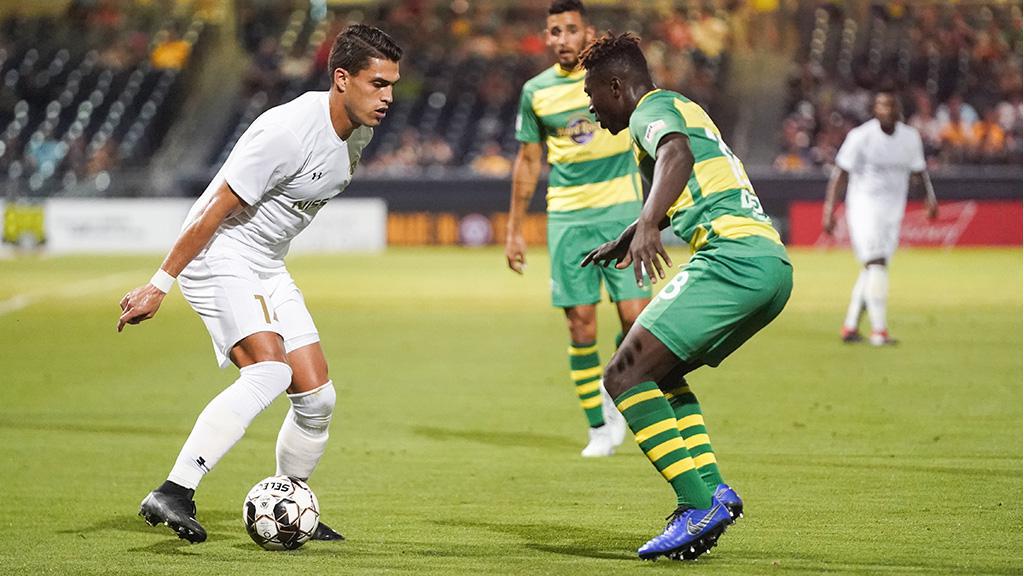 In comparison to the Rowdies, not nearly as much. Tampa Bay should expect to see some familiar faces – including former Rowdies goalkeeper Matt Pickens and defender Darnell King – from the first meeting between the two clubs, and while Justin Davis may still be on the backline for the visitors there’s a good possibility Ken Tribbett will be playing in a different role as a holding midfielder instead of a center back alongside Bolu Akinyode, whose late game-winner against Charleston set up the second vs. third matchups last Saturday night.

It would also be a surprise to not see Daniel Rios back in the lineup looking to add to his 17 goals this season after the Mexican forward sat out the game against the Battery, while Taylor Washington should be in a fascinating duel with Tampa Bay’s Malik Johnson on the left side for NSC.

The biggest changes Nashville has seen have been in the center of defense with the loan additions of Forrest Lasso (FC Cincinnati) and Jimmy Ockford (San Jose Earthquakes) giving NSC a high-level pairing who have both been end-of-season honorees in the Championship in previous seasons.

The other major difference since the first meeting between the teams has been the soaring playmaking of Lebo Moloto, whose chemistry with Rios and others around him has been a major factor in Nashville’s big attacking improvement in 2019. Since May 10, Moloto has recorded seven of his nine assists this season – second only in that span to league-leader Solomon Asante (9) – while putting up the fourth-highest chances created total with 45 of which 26 have come from open play. Moloto didn’t have the influence NSC Head Coach Gary Smith would’ve hoped for when he came on in the 63rd minute against the Rowdies in the first contest, failing to record a key pass and notching only one shot on goal, but now he’s a player Tampa Bay will have to keep a close eye on.

What Should We Expect?

Simply put, this should have a very different feel to the first game in which Nashville controlled much of the contest and was sharper on the ball, and as a result it could be a more open game than the defensive resources available to both teams might lead you to envision.

Tampa Bay will be happy to be back on home turf, where it has averaged 57.2 percent of possession this season while completing 79.04 percent of passes – a far cry from the 42.5 percent of possession and 66.4 percent passing accuracy rate it logged in Nashville. Tampa Bay has averaged 11.5 chances created and 2.3 big chances at home this season, numbers that figure to be maintained with Malik Johnson and Leo Fernandes providing service down the right and left flanks, respectively.

The biggest question going in will be how Nashville elects to set up its formation. A week ago, when it hosted the New York Red Bulls II, NSC went with a back four centered by Ockford and Lasso. When it first played the Rowdies, the side opted for a three-man back line that featured a pair of wingbacks, similar to Tampa Bay’s base system. What’s going to likely be key, though, is NSC giving its players a chance to hit quickly when the opportunity arises in the same vein as Birmingham Legion FC when it took away a 1-0 victory on August 10 from Al Lang Stadium. That could mean a chance in the lineup for either Alan Winn and Ropapa Mensah alongside Rios, with Mensah playing underneath as an attacking midfielder while Akinyode and Tribbett serve as the central protection in a 3-4-1-2.

While this contest might feature two contenders for the USL Championship’s Golden Glove in John McCarthy (TBR) and Matt Pickens (NSH), I certainly don’t expect chances to be few and far between.