Supporters Week: Cursed Existence? No Such Thing in New Mexico

From small beginnings, The Curse has provided the backdrop to United's roaring success 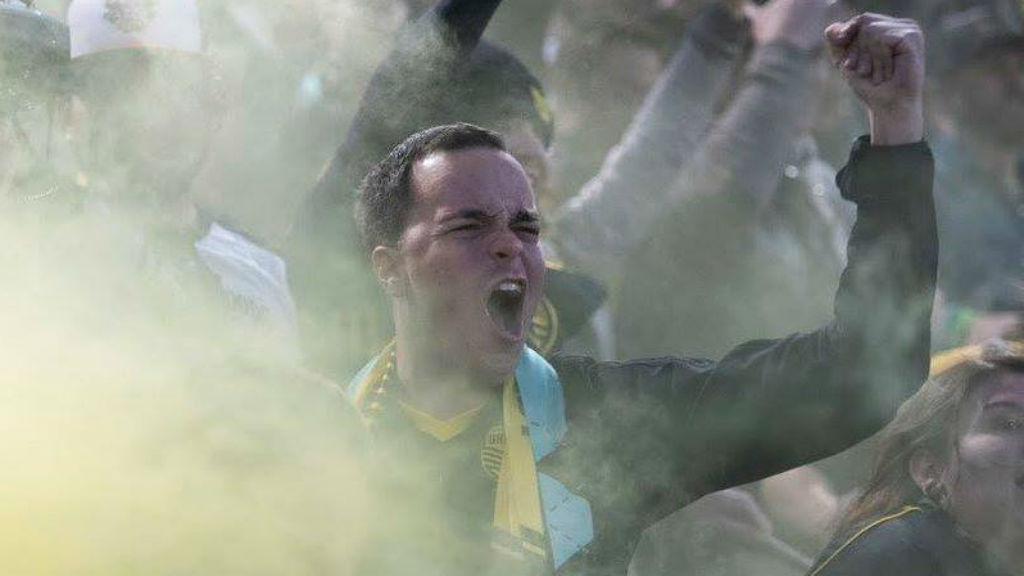 But that’s certainly the case.

A couple of days after the USL awarded a franchise to New Mexico on June 6, 2018, the then-unnamed club hosted its first public forum, giving locals the chance to meet with owner Peter Trevisani, inaugural signing Devon Sandoval and members of the front office staff.

One person in attendance that day was life-long soccer fan and President of The Curse, David Carl.

The Albuquerque resident was excited about the prospect of a new professional team in town and decided to fill out a form to indicate his interest in season tickets. On that form was a check box that fans could mark if they wanted to be part of a supporter’s group. Carl obliged.

He soon found out that he and just five others had signed up, establishing an “Original Six” of sorts. 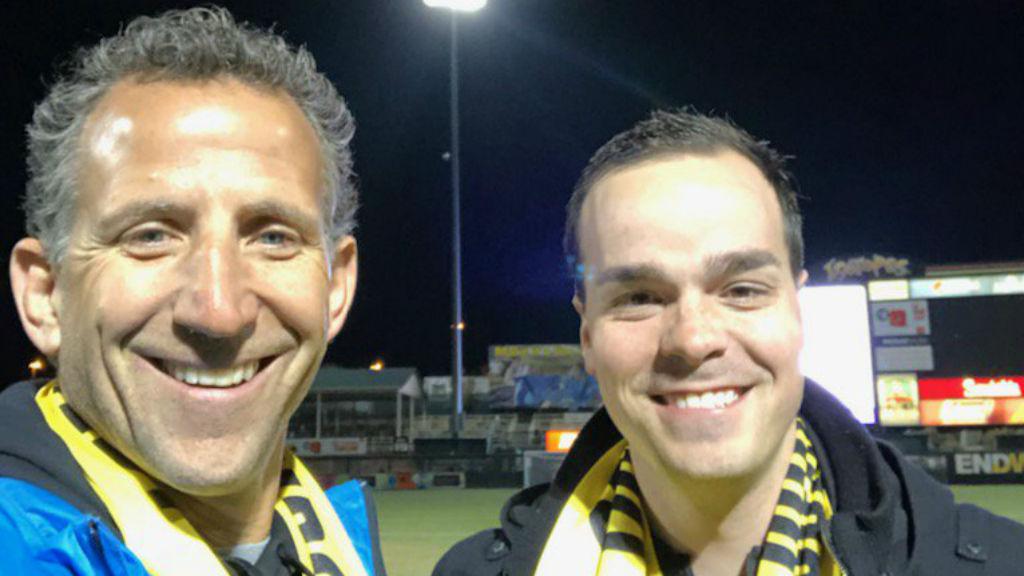 “Lukas Cash, who works in the front office at New Mexico United, put us all on one email chain and he said, ‘Hey, you guys all checked the box, I’m going to leave you alone, do whatever you like,’” said Carl, who appeared on episode 13 of Steele Some Time. “And so, then the six of us got together at a local brewery and we decided we were going to put together a supporter’s group and that was kind of the birth of it.

“We had some of us there who were life-long soccer fans and at least one person there, who had literally never been to a soccer game in his entire life, so it was a nice little mix of people there, but the one thing that we all had in common was that we were excited about having a soccer team.”

Carl had been a season ticket holder for USL League Two’s Albuquerque Sol for a couple of years and would go to University of New Mexico soccer games on occasion but leading a supporter’s group was unchartered territory for him.

It wasn’t a role that he necessarily sought out either.

“Of the six of us that were there, there was only one guy who wanted to be President, so we said, ‘Okay, cool, you get to be President’ and then real life got in the way for him and he wasn’t really able to handle the duties so I assumed them unfortunately,” said Carl. “I say unfortunately, at the time I thought unfortunately, but it’s been a blast. I wouldn’t trade it for anything.”

Taking on that role just a few months into the process meant taking on a lot more work than Carl might’ve anticipated as the group prepared for United’s inaugural season.

And although another founding member had already come up with the name The Curse – which stems from the Curse of Lew Wallace, New Mexico’s first governor – Carl still had to get the group registered as a non-profit and work on creating a logo, a website and merchandise.

“There’s all these different things that you don’t expect, you don’t really necessarily think about when you think about running a supporter’s group,” said Carl. “It’s a lot of grunt work.”

Just over 14 months on from its initial meeting, The Curse now boasts nearly 500 members, a testament to the effort that Carl and others have put in over that time.

“It’s really awesome to see the growth and not necessarily because we’ve got all these numbers and we’re this big bad supporter’s group – that’s not it at all. It’s because we live in a community in New Mexico and in Albuquerque that gets talked down to a lot, that’s told nothing good ever happens here and we don’t ever achieve anything,” said Carl. “Well, we’re achieving something pretty awesome here and it’s across cultures, it’s across race, it’s across gender, it’s across everything. Everybody supports it. It’s really rewarding and exciting and it warms the heart to see.”

Over the course of its first season, United has also produced some heartwarming moments on the field for Carl and fellow fans to enjoy. 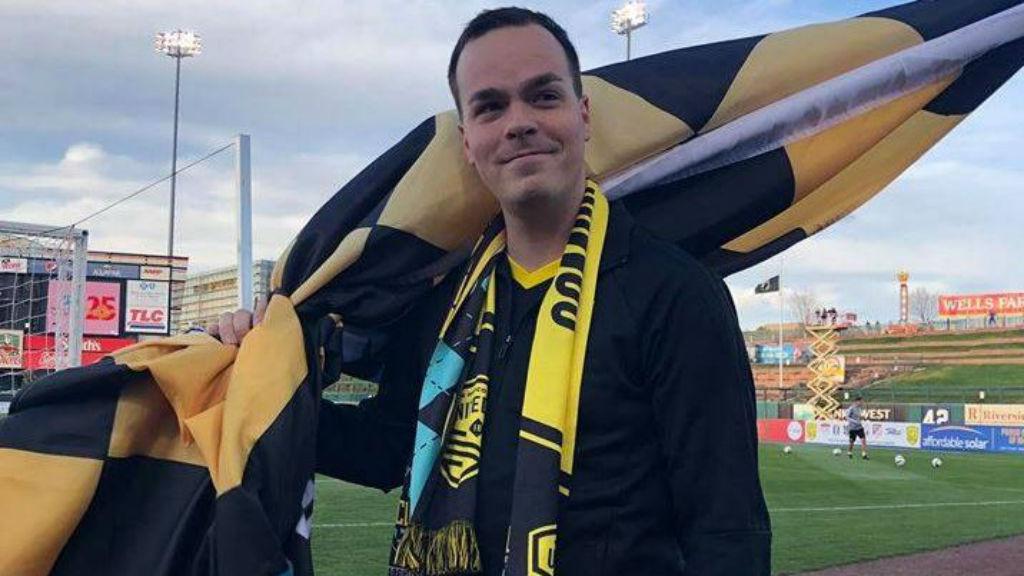 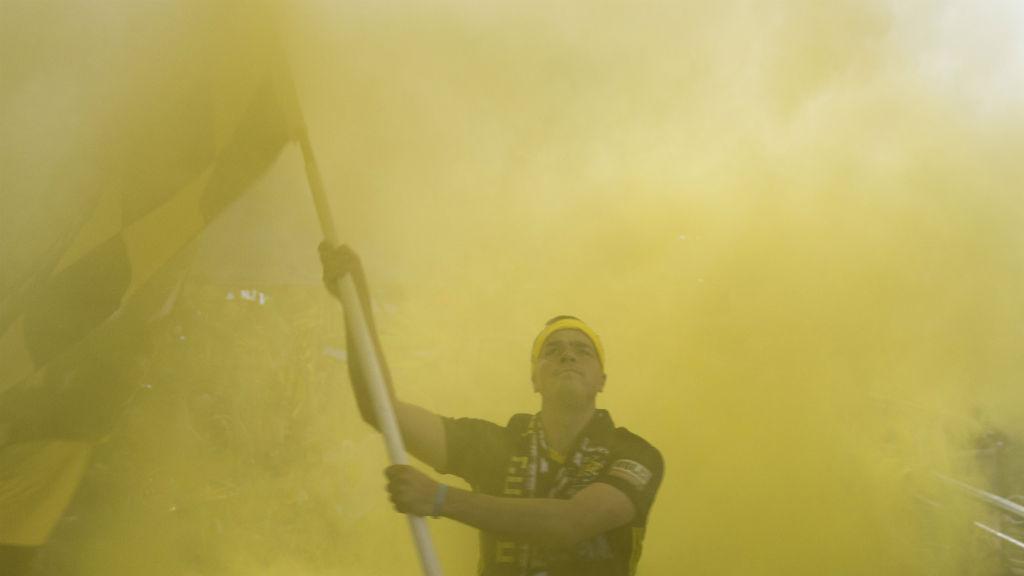 There was the quick start to the Championship campaign that saw Head Coach Troy Lesesne’s side climb to the top of the Western Conference standings in May, but even more impressive was the club’s first ever run in the Lamar Hunt U.S. Open Cup that reached the Quarterfinal stage – matching Saint Louis FC for the best finish by a Championship club in 2019.

“I don’t know that it could possibly get any better than going into Denver against the Colorado Rapids,” said Carl of New Mexico’s 2-2 (4-2) Fourth-Round victory in June. “The first time you’ve ever played against an MLS team in their beautiful stadium and we go in there we have more fans than they do, we have louder fans than they do and then we win it on penalties.

“To win it in the way we did and [goalkeeper] Cody [Mizell] making that stop and then the team coming over to us and cheering with us and singing with us... From the perspective of somebody who, I have loved soccer my whole life, I’ve never felt anything like that. That was amazing, I will never forget it. I’m not married but it’s one of those childbirth and wedding kind of moments, it’s those watershed moments in your life. That’s one of those for me.”

Wow, did @NewMexicoUTD fans ever take over DSG Park tonight... congrats to the new kids on the block, they seem to be doing something right! #MagicOfTheCup pic.twitter.com/ngTLMjSRMV

While memories like that and the club’s chartered flight to St. Paul for its Quarterfinal match against Minnesota United FC will last a lifetime, Carl understands that there is more to a supporter’s group than creating a gameday experience.

He’s very proud of the way that The Curse has brought together fans for tailgates and away day watch parties but knows the power and good that the group can do in the larger Albuquerque community.

“We did a prideraiser where we raised money for Casa Q here in Albuquerque, which provides housing for at risk homeless LGBTQ youth, we raised money for the El Paso Shooting Victim’s Fund, we’ve done this stuff but I think we can really put an emphasis and a focus much more on this,” said Carl. “We want to profess to be this community force, and to do that honestly you need to be part of making the community better. We really want to do that even more.”

In order to make good on that promise, Carl is continuing to spread the word of The Curse as it works to attract more New Mexico United fans, whether they’re standing with them in sections 116 and 118 on gamedays or not.

“That’s what it’s all about is bringing people together.”