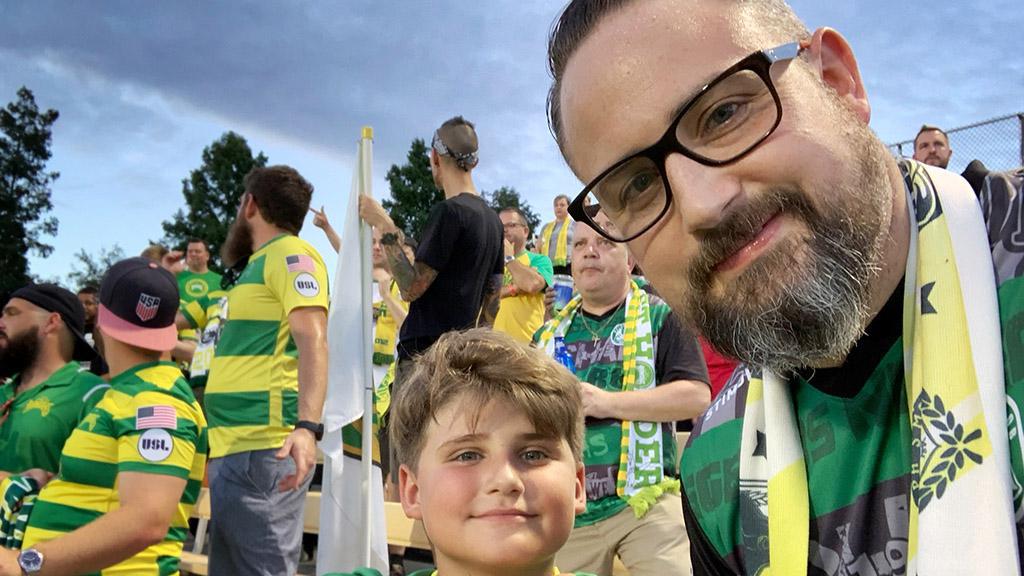 Since his first game in 2014, Tampa Bay Rowdies fan Mike Pendleton has become one of the most easily identifiable fan-voices in lower division soccer, bringing a unique voice to the game's online community. | Photo courtesy Mike Pendleton

“On the surface, it’s the atmosphere, it’s the buzz or the hum that you get in a game,” said the Tampa Bay Rowdies fan recently. “I grew up with baseball, I love baseball, a baseball game isn’t participative in the same way, so I think the buzz and the atmosphere and the feeling like you’re being a part of something is the initial draw.

“Then, I think when you get into it, it is familial. You feel like there’s a community around something that was missing for me in any other sport. … It feels like we have a role, and we feel like we’re participating, it’s certainly for the club that you go, but it’s also for that group that you see every Saturday night.”

Pendleton speaks from experience. Like many fans nowadays, the excitement of the FIFA World Cup was his first real introduction to the sport, with the 2014 edition in Brazil the key tipping point.

And so, soon after the tournament ended, Pendleton found himself in downtown St. Petersburg at his first Rowdies game at Al Lang Stadium. He found it unlike any sporting event he’d been to previously, with Ralph’s Mob’s presence on the opposite side of the main stand leaving a lasting impression and providing the impetus for Pendleton to return.

Now, for most people, that might be enough. A good night out at the game, meet old and new friends and have a good time, and then go home at the end of it all. But not here.

Instead, Pendleton decided he wanted to know more. Much more. In fact, in the five years since Pendleton’s first Rowdies game, he’s become one of the sharpest fans in lower division soccer, whether through his interactions on Twitter or Reddit where he can be found through his handle, @Phat7Deuce, or when you’re talking to him in person.

From beautifully designed attendance graphics that track the weekly counts across North America’s professional leagues to memes and videos that have put Zlatan Ibrahimovic in a Rowdies uniform or memorable moments to music, Pendleton has become a unique voice in a soccer community that has seen its major growth occur online.

This is an old one, but still one of my favorite creations ever. #ZlatanToRowdies pic.twitter.com/lCSEYeuhBR

My new drug is putting that sexy saxophone crescendo from "Baker Street" over highlights...

“I got into Twitter and Reddit because all of my friends growing up at home were into other sports and didn’t have a lot of interest, so before I really got to get involved with the Mob, I didn’t have a lot of people to talk about it with,” he said. “I couldn’t talk to my dog about this stuff, so I turned to that, and it’s kind of a fun place to express that.

“The online culture around soccer seems like it embraces that weird, so if you can come up with a meme or you can come up with a video, it’s kind of embraced. It’s a fun place for me to do some creative expression that’s outside the day-job as well. That part’s a blast, and I think it does build up the somewhat weird community around the sport.”

It's that type of creativity that Pendleton would like to see more of, especially from clubs as soccer and popular culture become more and more intertwined. In the same way sneaker culture has helped define basketball over the past 30 years, Pendleton believes the apparel clubs like Fresno FC and Memphis 901 FC are producing as extensions of their brands and representations of their cities can quickly help a club find its place.

“I think the best design understands all of the circumstances around it, so if a club can find a way to design – whether it’s clothing or whatever – any type of aesthetic that taps into what the community is really proud of, that really understands the people who make up the supporter base, then I think it makes sense that’s a marriage made in heaven,” said Pendleton. “It’s tapping into the emotion, it’s tapping into the things you hold most dear within your community, so, yeah, it seems like a natural place, and it seems like something soccer can do here in this country that would be different than football.”

For Pendleton, the online community his soccer fandom began in is now a real-life community as well. He and his family regularly make road trips for Rowdies games each season, getting to meet those that also frequent Twitter or the same Sub-Reddits. That type of engagement is what Pendleton thinks differentiates professional soccer from other sports, with the independence of numerous clubs in the USL Championship, USL League One and beyond offering something different than the average AHL or MiLB team.

One last time for #MobOnTour in this historic stadium... pic.twitter.com/JPPkF2x7v0

“There is still a stigma between minor and major league – people don’t quite understand the difference between top division soccer and lower division soccer, they still kind of have that mental image of the way sports look for the Big Four sports in the country – but I do think once you get in the community and you understand that, I think that’s why you have a different level of engagement to it.”

And as someone who, while still holding strong New England roots, is now an avowed “St. Pete guy”, the resurgence of the Rowdies this season has been very welcome. An admirer of Neill Collins when he was a player for the club, Pendleton has been delighted to see the change that has permeated throughout the squad in the Scottish Head Coach’s first full season in charge.

“As supporters, you go out and try to do whatever you can, whether that’s traveling or on gamedays at home, and you put everything into that,” said Pendleton. “The energy Neill Collins brings to this – you knew he was a student of the game because he used to write some of those blog pieces that were so well written, and he’d interact on social media – you knew that he loved the game so much, and it seemed like he’d brought all the smarts to go along with that as well as the intensity. 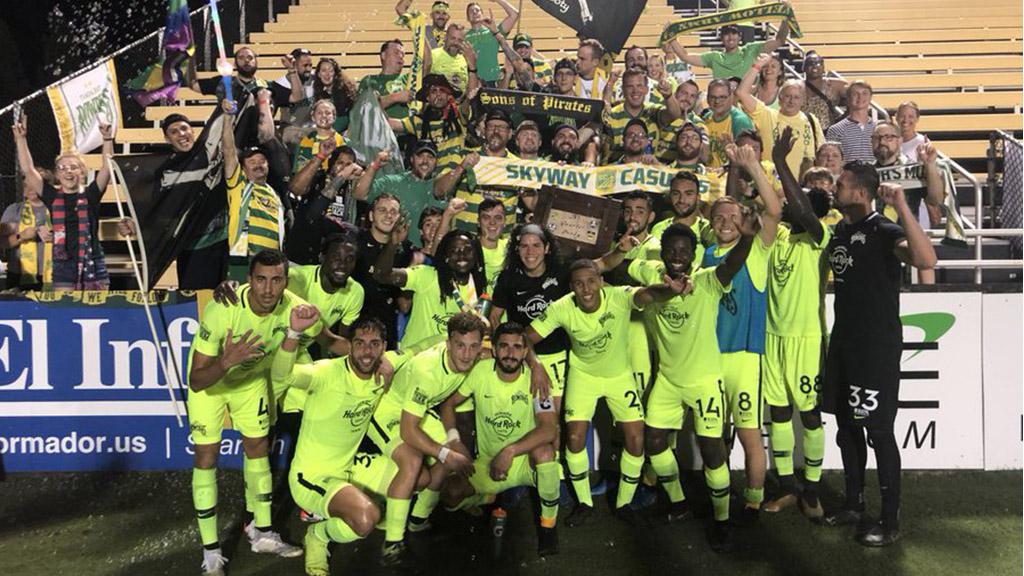 From the initial hit of the buzz of the stadium to the sense of community that comes from fandom and closeness to your club, it’s moments like that which set soccer apart.

“I think it’s a secret weapon for the sport,” said Pendleton, “and I think the more people that see that and get exposed to it, the more people would fall in love with it.”