Supporters Week: On the Road with Republic FC 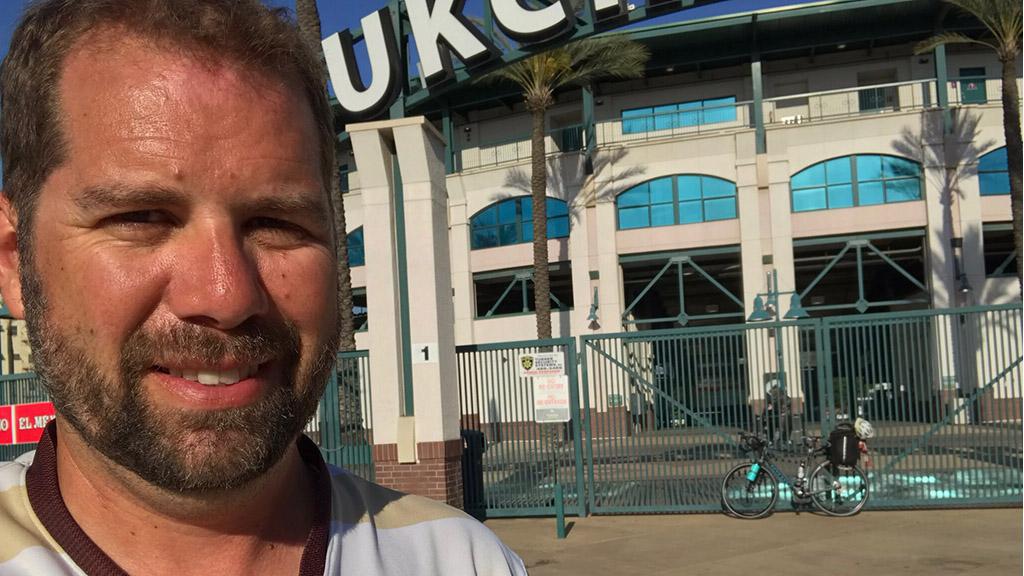 As a supporter, it takes a certain level of commitment to travel on an away day to see your team play in person.

It takes a whole different level of dedication, however, to make that trip on just two wheels.

Just ask Sacramento Republic FC fan Matt Briseno, who first had the idea to mix his passions of cycling and soccer in 2016 when his hometown team was travelling to face Major League Soccer’s LA Galaxy in the Lamar Hunt U.S. Open Cup Round of 16.

“I was pretty stoked about that game,” Briseno recalled in a phone interview. “I thought it’d be gorgeous to take Amtrak down and then ride the coast basically and then ride into Carson. It was going to be like 40 miles or so round trip. That was what kind of kicked it off.”

So, Briseno booked his train ticket from Sacramento to Union Station in Los Angeles and took the Metro to Santa Monica, where he then hopped on his bike and cruised down the picturesque shoreline to Redondo Beach before cutting back inland to Dignity Health Sports Park in Carson.

While Republic FC couldn’t come up with a victory that June evening, Briseno enjoyed the experience of riding to the game and was already looking forward to his next away day. The problem was, he just didn’t know where or when it was going to be.

That started to change when expansion sides Reno 1868 FC (2017) and Fresno FC (2018) joined the USL Championship, providing Republic FC with a pair of regional rivals.

“When those two teams came into the league, I went ‘Holy crap, these are both doable trips.’”

Doable, of course, depends on your level of physical fitness and desire to spend two days on the road each way instead of just a few hours. But Briseno says the journey is what makes it worth it.

“You see and interact in a different way with your environment than you do in a car,” Briseno said. “Like in a car, it’s an isolation chamber, right? You’ve got the air conditioning up, you’ve got your radio on, it’s like riding in a couch.

“Whereas on a bike, you’re interacting with people, saying hi…You hear things, you see things, you smell things, it’s completely immersive. It’s better than any augmented virtual reality thing that’s out there on the market.”

Briseno’s first fully unsupported ride came in June 2018, travelling from his Sacramento suburb of Orangevale to Fresno to see Republic FC take on the Foxes at Chukchansi Park. The 210-mile trip (one way) included a night’s stay at a hotel in Turlock – essentially the halfway point – and featured a lot more nature than you would see driving down Highway 99.

“You get into some of these old orchard areas, you get to really see a lot of the farming, the agriculture part of California that’s kind of the heartbeat of the country,” said Briseno. 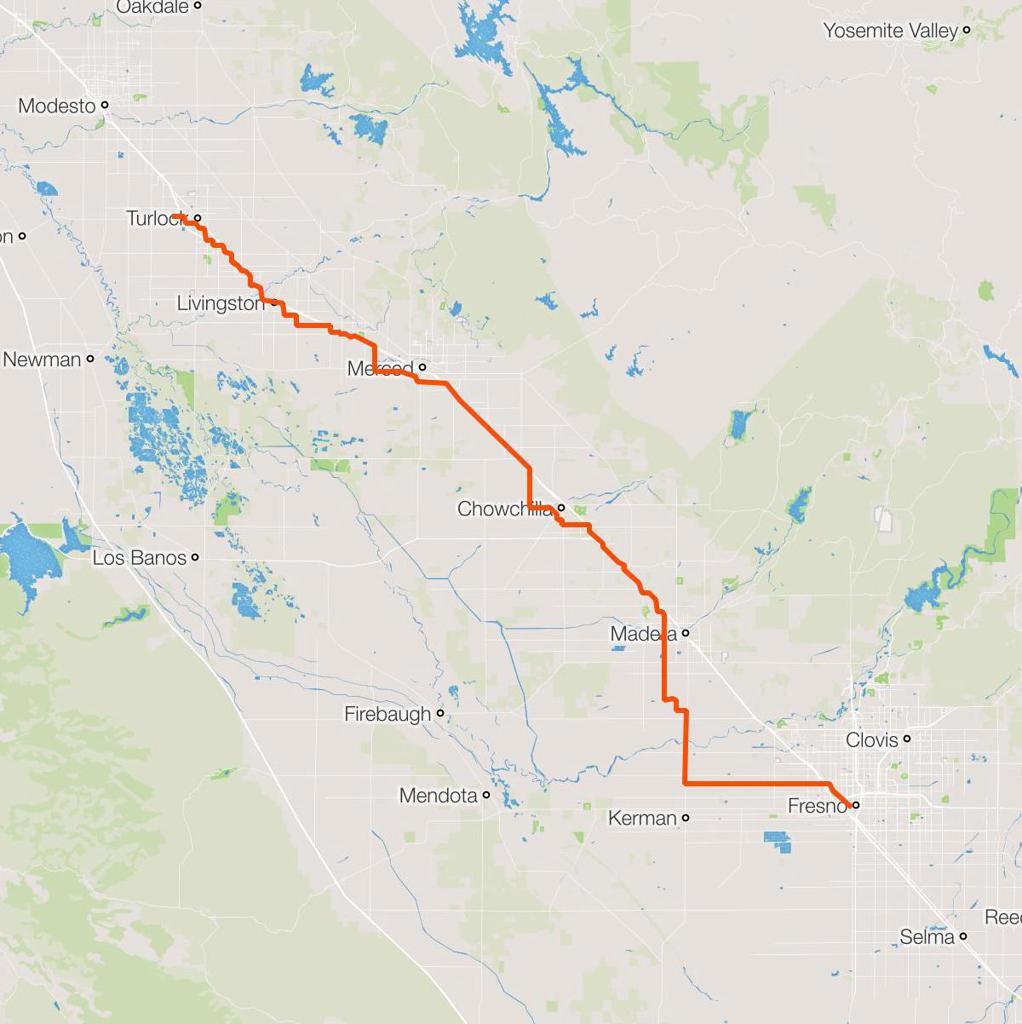 A route map of Matt Briseno's second day of cycling on the way to Fresno, having stopped for the night in Turlock, approximately the halfway point from Sacramento.

Two months later, Briseno was tasked with riding through a completely different terrain in the shape of the Sierra Nevada.

While the trip from Sacramento to Reno is a shorter one – only 145 miles one way – it is much more of a climb. Briseno says that the elevation gain was close to 14,000 feet, compared to maybe 400 feet on the way to Fresno, but that the climb – especially to the summit of Donner Pass – was well worth it.

“It literally just destroys your legs,” said Briseno. “Literally, you’re just going uphill the entire time and hill is probably not even a fair word because you’re climbing a mountain is what you’re doing.

On the Road with Sacramento Republic FC fan Matt Briseno

Briseno biked back to Fresno this May for Republic FC’s 1-0 victory over the Foxes and is hoping that another trip to Chukchansi Park or 1868 FC’s Greater Nevada Field lies ahead for Republic FC in the 2019 USL Championship Playoffs.

If not, there will certainly be another away day ride next season. Whether it will be a solo one or not, however, is still to be determined.

“There are people that are considering the idea,” said Briseno. “We’ll see what happens come next year. I’m open to riding buddies, it’d be great, but most people look at me and think I’m insane and say ‘yeah, we’re good, we don’t need to do that.’”