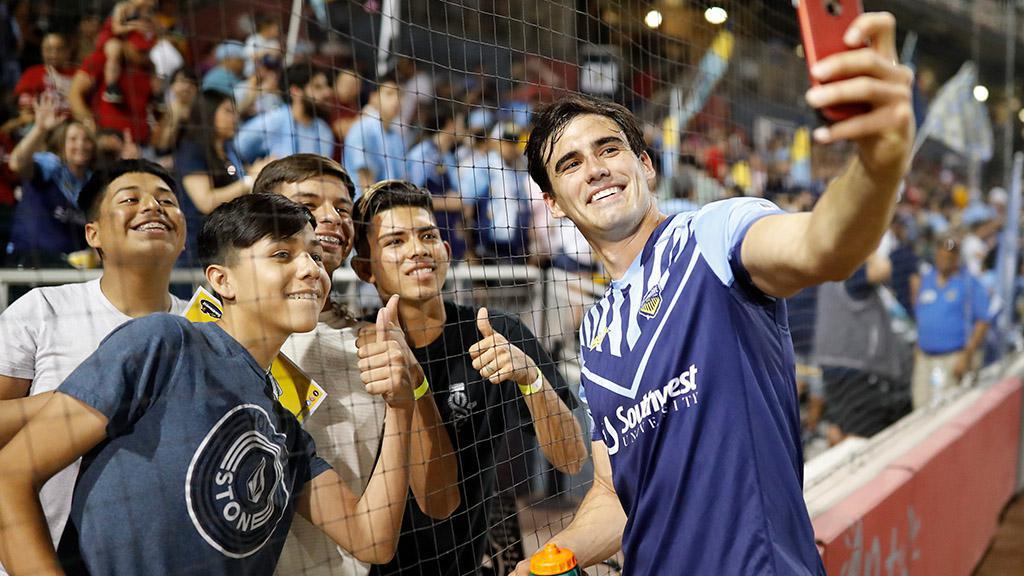 TAMPA, Fla. – The United Soccer League and COPA90 have teamed up to introduce the inaugural edition of “Supporters Week”, a seven-day celebration of the communities and fanbases across the USL Championship.

Beginning Saturday, August 17 through Saturday, August 24, USL clubs will pay homage to fans through a league-wide initiative as Championship clubs transform their social profiles, highlight the incredible supporter stories around the league, and showcase fan-generated content. As the week unfolds, fans will also have a unique opportunity to interact with club and league social channels, contribute to the league website, and provide supporter-centric photos and videos to be shared across USL Championship’s Facebook, Twitter, and Instagram platforms.

In addition, clubs across the Championship will provide fans the opportunity to interactively impact an element of their in-stadium experience, including the use of social and app-based polling to determine which kit their team will wear, cleat styles, drink specials, goalkeeper glove colors, names on the back of jerseys, warmup music, and more.

“For a lot of our clubs, every week is supporter’s week,” said USL Vice President of Communications Ryan Madden. “But from a USL HQ perspective, we wanted to find a cool, unique way to say thank you. The reality is our league doesn’t exist without the fans so the least we can do is to creatively engage, empower, and work to see the league more clearly through their eyes. And to have a partner like COPA90, whose mission it is to celebrate soccer fans across the world, is perfect.”

Off the field, the USL and COPA90 have also partnered with seven Championship clubs on a limited-edition apparel line dubbed the “Supporters Collection”. The capsule collection – set to drop early next week –  will feature new minimalist marks, designed in tandem with the clubs and their supporters. This limited-edition collection will be available exclusively through the COPA 90 store.

Will McDonough VP, Brand & Commercial Strategy at COPA90 said, “We are massive fans of USL and their commitment to the supporters of their league, so when they approached us to collaborate around Supporters Week, it was a no-brainer. COPA90 is built on the idea of empowering soccer fans across the globe in new ways and this project fits in perfectly with that mission.”

Fans can stay up-to-date on all things “Supporters Week” through the #BeChampions hashtag on twitter and Instagram, and for more information on how each team is participating, visit the interactive map below.

- CLICK TO SEE HOW YOUR TEAM IS PARTICIPATING IN “SUPPORTERS WEEK” -

Check out the full Supporters Week lineup below (all times ET):