Gebhard, Bosetti on Move in Trade Between OKC, El Paso 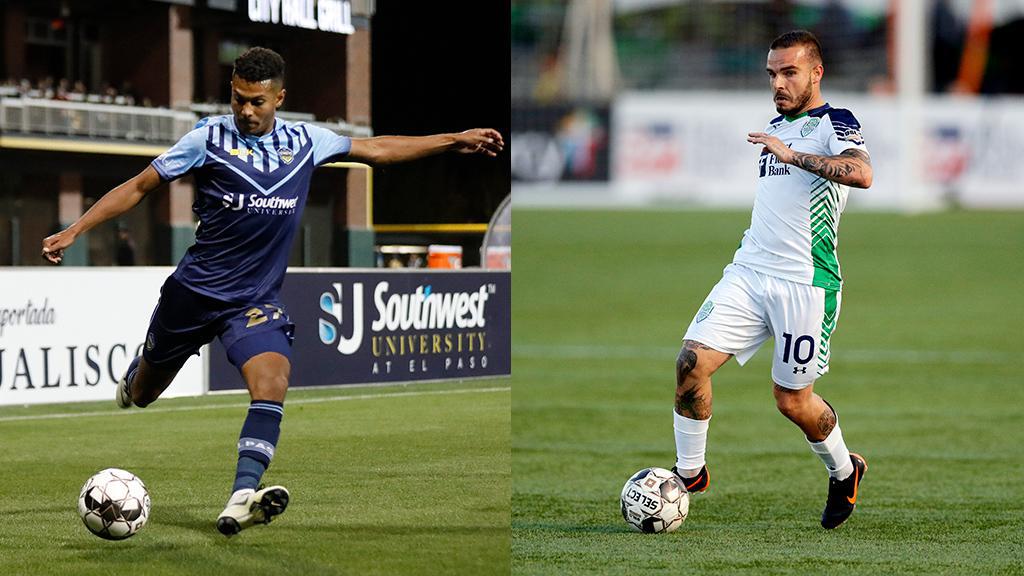 The moves come as both clubs look to boost their campaigns for a place in the USL Championship Playoffs this fall. OKC (7-8-9, 30pts) currently sits in 11th place in the Western Conference, and El Paso (7-7-8, 29pts) sits a point further back in 12th place while having played two games fewer.

Bosetti has made 18 USL Championship appearances for Energy FC this season, scoring one goal and providing three assists. A member of the France U-20 National Team that won the FIFA U-20 World Cup in 2013, Bosetti previously competed in Ligue 1 for Nice, where he recorded 10 goals in 75 appearances.

“[Bosetti’s] resume and pedigree speak for itself,” said El Paso Head Coach Mark Lowry. “He has played at the highest level in France, won a U20 World Cup, and is still young and hungry to prove that he can be a success in the US. His character off the field comes with a good reputation and the type of player he is fits perfectly with our style of play on the field. His addition makes us a stronger more experienced team.”

Gebhard, who spent the end of the 2018 season on loan with USL Championship club the Charlotte Independence and scored six goals in 60 appearances with Jacksonville Armada FC of the NASL, has made 18 appearances for El Paso in 2019, scoring two goals and adding one assist. His first goal of the season came in El Paso’s home opener against Energy FC – the first goal in the club’s history.

“[Derek is] a player we have admired from afar for a long time,” said Energy FC Head Coach Steve Cooke. “He was excellent in the first game of the season against us, and he scored a good goal. We’re looking for him to provide energy and commitment. He has great pace to get in behind, but he also has cleverness to get into spaces underneath. We’re expecting big things from Derek, and more importantly, I think we have another key addition to our group as we try to get into the playoffs.”