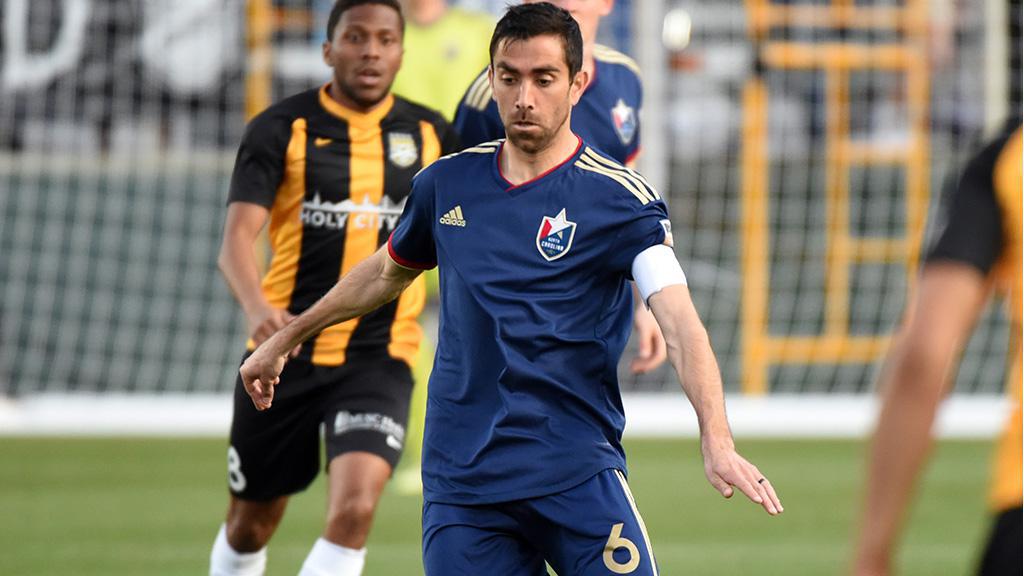 Having made 175 appearances for the club so far in his career, North Carolina FC captain Austin da Luz announced on Tuesday he would retire following the 2019 season. | Photo courtesy Rob Kinnan / North Carolina FC

CARY, N.C. – North Carolina FC captain Austin da Luz, one of the most decorated players in club history, announced on Tuesday that he plans to retire following the 2019 USL Championship season, closing the books an outstanding 10-year professional career, which includes eight seasons with NCFC.

The Wake Forest University product played in Major League Soccer from 2010-11 with New York Red Bulls and D.C. United before joining NCFC in 2012. Upon arriving, da Luz made an immediate impacting, helping NCFC reach the Semifinals of the 2012 NASL postseason. In both 2012 and 2013, da Luz played a key role in NCFC’s runs to the Fourth Round and Quarterfinals of the Lamar Hunt U.S. Open Cup, respectively. In 2013, da Luz scored in NCFC’s 2-0 defeat of the LA Galaxy.

The longest-tenured player in the NCFC squad, da Luz in April 2018 became the sixth player in club history to reach the 10,000-minute milestone. Additionally, da Luz set or tied single-season personal highs in games played (34), minutes (2,880) and goals (six) in 2018.

After serving as co-captain in 2018, da Luz was made club captain ahead of the 2019 season. 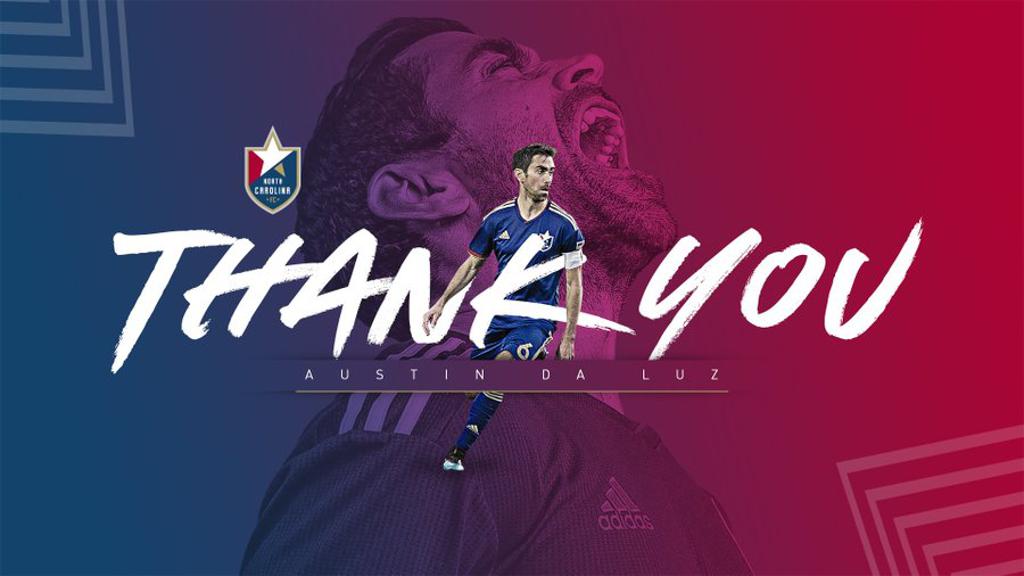 “When I think of Austin, I think it’s his drive to win and his consistency as a pro every single day,” said NCFC President and General Manager Curt Johnson. “Then how he balanced it as well as anybody in the history of our organization and the history of pro soccer in the Triangle with his work off the field and lending his voice and time to things that are near and dear to the heart of our club.”

In 2017, da Luz created Playing for Pride, a global fundraiser to benefit the Human Rights Campaign and draw attention to LGBTQ issues. For his efforts, da Luz was named as the 2017 NASL Humanitarian of the Year. Using his platform as a professional soccer player to make a difference, da Luz has helped Playing for Pride raise over $60,000 since 2017.

While he’s looking forward to completing the 2019 season with NCFC, which holds fifth place in the Eastern Conference with an 11W-5L-7D record, da Luz is already grateful for the time he’s had at the club.

“When I think about the club, the community and all the players I’ve played with, I just have an overwhelming sense of gratitude of being able to be a part of it,” da Luz said.