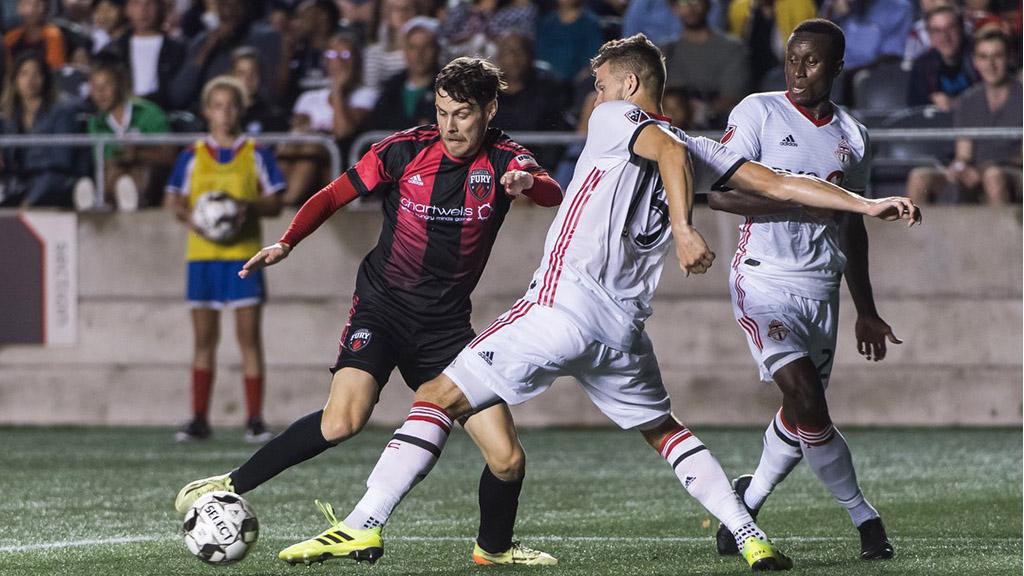 Ottawa Fury FC will need to overcome a two-goal deficit from the first leg if it's to advance past Toronto FC in the Semifinals of the 2019 Canadian Championship on Wednesday. | Photo courtesy Steve Kingsman / Freestyle Photography / Ottawa Fury FC

OTTAWA – Facing a two-goal deficit against defending Canadian Championship holder Toronto FC as it visits BMO Field on Wednesday night, Ottawa Fury FC knows it has a big hill to climb if it’s to have a chance at advancing to the Final.

But after missing out on chances while holding the majority of possession against its visitors in the first leg of the series at TD Place, the side is focused on the process of putting itself in positions it can take advantage of as it gets ready for the return fixture.

“You have to have confidence when you play against these teams,” said Fury FC goalkeeper Callum Irving. “Especially being two-nil down, we know we’re in a really tough position. But the tie is not over until it’s over. You’ve seen it a lot in soccer, you have to play the game, it’s not a foregone conclusion. So, we’re going to go there, trying to impose our way of playing, like we do every single game, home or away. We have to focus on the process rather than the result.”

The challenge for Ottawa will be to reignite an attack that has gone quiet of late after having previously surpassed its 2018 regular-season goal total in a 4-0 win against the Swope Park Rangers on July 20. In the three games since that outing, Fury FC has been held scoreless by Memphis 901 FC in a 2-0 defeat and in a 0-0 draw at home to Birmingham Legion FC in which the side put only three shots on target.

Despite the attacking downturn, Fury FC Head Coach Nikola Popovic believes as long as the side can create chances, it will start to fire again in quick succession. 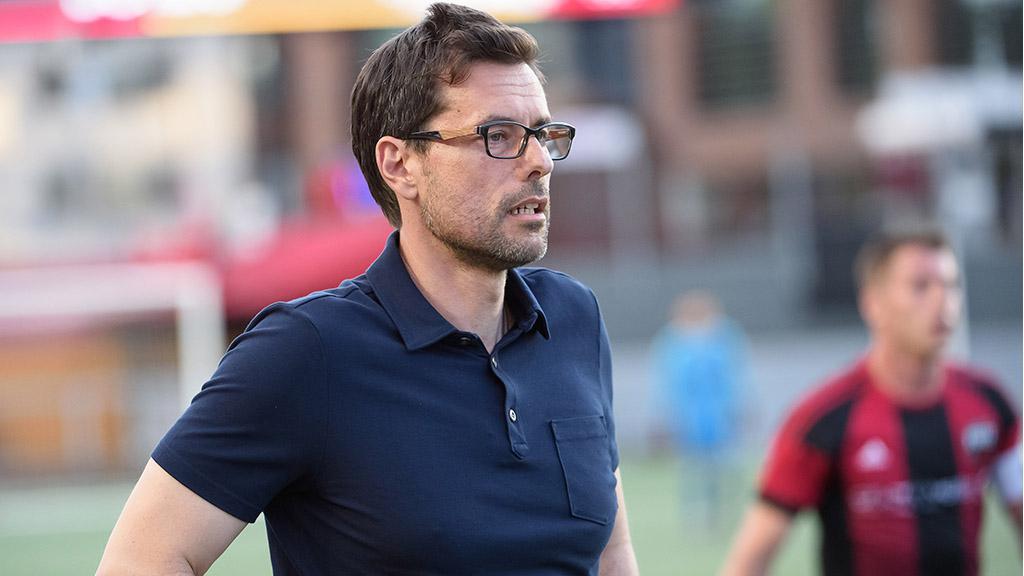 Ottawa Fury FC Head Coach Nikola Popovic is hopeful his side can produce at BMO Field on Wednesday night, a venue where it has struggled in its last two trips. | Photo courtesy Steve Kingsman / Freestyle Photography / Ottawa Fury FC

“I think we have to be a little more clinical in the box,” said Popovic. “However, I’m not really concerned. What is more concerning for a coach is when you do not create situations or chances to score goals. We were able, in the last three games, to create a lot of situations that we could score, but some details went against us. But I think that when it’s going to come, we’ll find the goals.”

The club’s recent history at BMO Field doesn’t offer great hope, though. In two previous visits at this stage of the Canadian Championship over the past two seasons, Toronto has taken victory by a combined score of 7-0, with current TFC players Jonathan Osorio and Ayo Akinola among the scorers in last year’s win.

But as Irving said, this year’s side is going to have to put that aside and play confidently if it’s going to have a chance at finding the net and in turn advance to the Final for the first time.

“[To be successful] we have to see goals,” said Popovic. “If we want to make it to the Final, we have to score at least two goals. So, we have to have this mindset that it’s possible. We are going to believe that if we bring the same performance, but now instead of missing the shots and missing the opportunities we are able to create, we are able to put the ball in the net, I think we can be in the Final.”