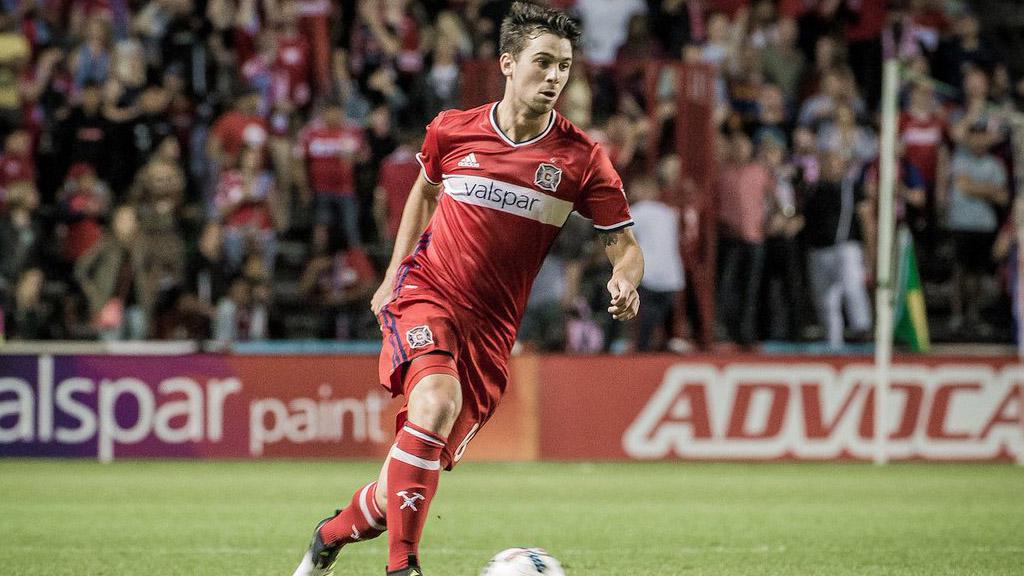 New Indy Eleven midfielder Drew Conner came through the Chicago Fire's Academy and League Two side before signing as a Homegrown Player with the club in 2016. | Photo courtesy Chicago Fire

INDIANAPOLIS – Indy Eleven announced on Tuesday the signing of midfielder Drew Conner for the remainder of the 2019 USL Championship season, pending league and federation approval and receipt of the player’s international transfer certificate. Per club policy, terms of player contracts with Indy Eleven will not be released. Conner is expected to be available for selection as early as this Sunday’s home contest at Lucas Oil Stadium against Saint Louis FC.​

Conner joins the Boys in Blue from Czech Republic club Znojmo after making eight appearances for the squad in 2019. The native of Cary, Ill., began his professional career at the Major League Soccer level as a Homegrown signing with the Chicago Fire. The 25-year-old Conner made 32 appearances (13 starts) and tallied one assist with the MLS side from 2016-18, in addition to making 12 appearances for Saint Louis FC while on loan with the USL Championship club in 2016.

“We are excited to add such a dynamic, versatile player to our roster at this stage of the season. He will be a very valuable asset to our team on the field and in our community,” said Indy Head Coach Martin Rennie.

Conner spent 2012-15 playing in USL League Two with Chicago Fire U23, where he scored three goals in 17 appearances. During the same period he spent his fall semesters playing collegiately with the University of Wisconsin, where he was a four-year starter and two-time captain under long-time Indiana University Assistant Coach John Trask.

“To be a part of a club that has established a winning culture, ambitious goals and one of the best fan bases in the country is something I’m truly excited and grateful for,” said Conner. “I’m ready to contribute in any way possible to help bring a trophy to Indianapolis.”

Additionally, the Eleven announced it had mutually agreed with midfielder Do-heon Kim to terminate the contract of the 37-year-old midfielder, removing him from the club’s roster effective immediately. The veteran South Korean midfielder tallied one goal during his seven appearances with Indiana’s Team in 2019.

“On behalf of Indy Eleven, I want to thank Do-heon Kim and wish him best of luck as he continues his career in the sport,” said Rennie. “He is as professional a player and teammate as you will find, and he sacrificed a lot personally to continue his career here in the States, so we certainly appreciate his contributions during his short time with us.”