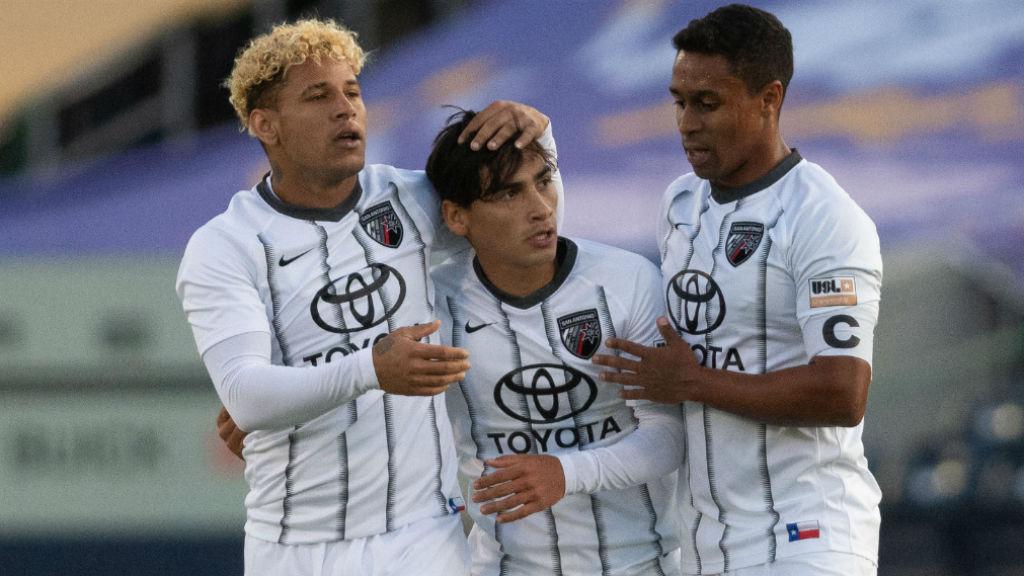 Every weekend in the USL Championship, you can count on there being one result that catches your eye enough to beg the question: Am I reading this right?

On Saturday, that result for me was San Antonio FC’s 4-1 victory over second-place Reno 1868 FC at Greater Nevada Field.

It wasn’t necessarily that the visitors – who started the evening below the playoff line in the Western Conference – weren’t capable of such a result, they had already beaten 1868 FC this season, but more that they could produce a performance like that away from Toyota Field.

San Antonio had recorded only one away victory this season before Saturday night – a 3-1 win over Copa Tejas rival El Paso Locomotive FC at Southwest University Park on July 17 – and picked up just five points from 10 road games heading into Reno.

But a pair of first-half goals from midfielder Cristian Parano, which doubled his tally for the season, set San Antonio well on its way to victory before 1868 FC’s Eric Calvillo was given his marching orders by referee Farhad Dadkho for a second yellow card five minutes into the second half.

That paved the way for the magnitude of the result, as Frank López continued his hot start in San Antonio with a superb solo goal and Jack Barmby rounded out the visitors’ offensive outburst just before the hour-mark.

“Tonight was a great win and we just have to continue fighting and building on what we have been working on,” Parano said after the win, which moved SAFC up to 10th place in the West. “We have a very talented squad and the possibilities are endless for us, so we have to put our heads down and work hard to keep progressing.”

Despite finally sitting above the playoff line after lingering below it for most of the season, San Antonio knows its work is far from over.

With just seven points separating fourth and 14th place in the Western Conference standings, there is plenty of potential for things to change over the final two months of the season. And despite winning four of its past six games, San Antonio only occupies the final playoff spot ahead of 11th-place OKC Energy FC on the total wins tiebreaker.

But if the side keeps progressing as Parano and Head Coach Darren Powell would like, then there’s a distinct possibility of achieving a top-six finish and avoiding the Play-In Round in the Western Conference Playoffs.

“We want to be trending in the right direction at this stage of the year,” said Powell. “What’s very important for us is maintaining the level of performances week in and week out and not letting that standard drop. Next week, when we get back on the training ground we need to make sure that level remains.”

San Antonio returns to Toyota Field for a two-game homestand against Rio Grande Valley FC (8/17) and New Mexico United (8/24), where it will look to improve on its 6-2-4 record at Toyota Field, before making the trip to basement-dwelling Tacoma Defiance (8/30).

A return of at least seven points from those three matches would go a long way to boost the side’s confidence ahead of a trip to Phoenix Rising FC on the first Saturday of September and its chances of accomplishing its season-long objective.

“Our goal now is to make the playoffs and get the highest seed possible,” said SAFC goalkeeper Matt Cardone. “There is plenty of points to play for and this team believes in itself.”

With performances like Saturday’s, I’m starting to believe too.