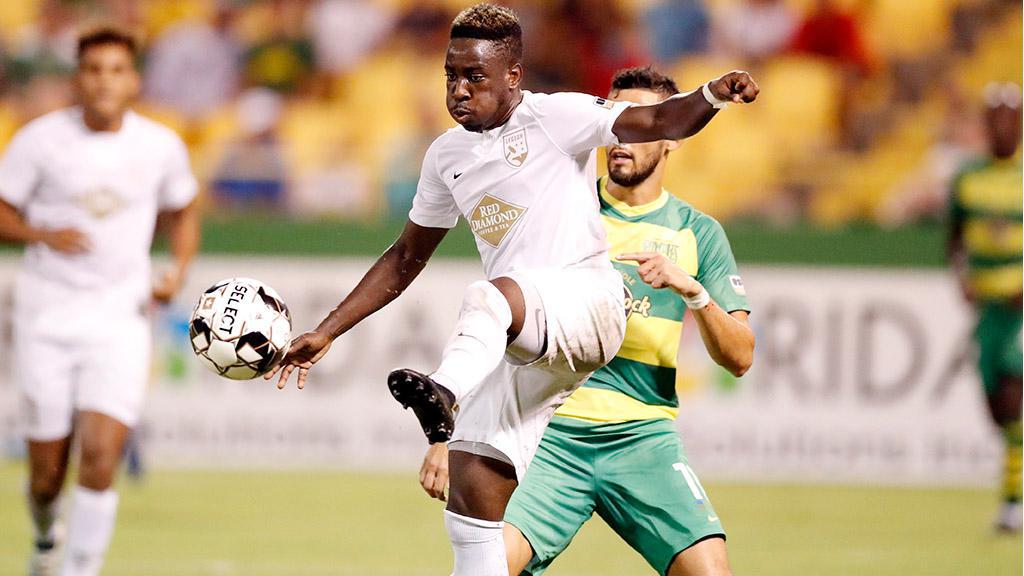 Birmingham Legion FC's victory on Saturday against the Tampa Bay Rowdies was its fourth in the past five games and moved the club into the playoff positions in the USL Championship's Eastern Conference. | Photo courtesy Matt May / Tampa Bay Rowdies

ST. PETERSBURG, Fla. – As Birmingham Legion FC walked off the field at Highmark Stadium on June 29, it looked like the club’s inaugural season was at a dead end.

The 4-1 defeat to Pittsburgh Riverhounds SC that night – which concluded a month during which the side conceded 18 goals in six games – left Legion FC in 15th place in the USL Championship’s Eastern Conference, seven points out of the playoff positions.

With the club’s next game not arriving until July 13, it was time for a reset.

“We had a few days off [around 4th of July] to kind of clear our heads and see our family, recharge and go,” said Birmingham winger Eddie Opoku. “We came back and had a meeting and just said maybe we aren’t training hard enough, maybe we can do more, and collectively we came together and mapped out some targets that we have to hit, whether that’s in training or whether it’s in weightlifting or whatever.”

Fair to say, the effect of the reset has been transformative both for the team, and its playoff prospects.

This Saturday night, Legion FC earned the biggest win of its short history as Opoku’s goal gave the side a 1-0 victory against the Eastern Conference-leading Tampa Bay Rowdies at Al Lang Stadium. When Saint Louis FC and the Charleston Battery finished in a 1-1 draw later in the night, it meant Birmingham would end the week’s action above the playoff line in 10th place.

“It’s probably the most rewarding win, obviously being on the road and beating Tampa [Bay] is tough to do, but as I look at the group we continue to grow together,” said Legion FC Head Coach Tom Soehn, who on Wednesday was named the Championship’s Coach of the Month for July. “It’s been a really good stretch, and now we’re five games in without a goal against, which is amazing.”

The five consecutive shutouts – which has the side on an active 465-minute shutout streak – has maybe been the biggest indicator of the renewed focus that Legion FC has brought since it reconvened following its Fourth of July break. The side has allowed only 3.4 shots on target per game over its 4-0-1 run, with six of the 17 shots on target it has faced coming against the Rowdies.

But arguably more impressive in the performance against Tampa Bay was the chances the visitors were able to create against one of the better defenses in the league. Birmingham recorded eight shots on goal, and if not for a pair of outstanding one-on-one saves by Macklin Robinson on Brian Wright’s breakaway in the 39th minute and a similar chance for Opoku three minutes later, the visitors would have taken the lead before Opoku’s second-half strike as the tactics employed by Soehn gave his attackers the chance to shine.

“We know that they were playing a three-back system with wing backs, so whenever the wingback pushes high into our half and we win the ball and have a breakaway, their right center back gets uncomfortable when I have him one-on-one,” said Opoku, who finished the night with five shots, four on target and four key passes as well as the all-important goal in a Man of the Match performance. “The game plan was just to execute, try and cut their wingbacks off, and then try to isolate their center back on our wingers. We practiced really hard in training about it, and I think the whole team executed really well.”

“They get what we’re saying, and they play it out and it was much different than what we’ve been doing so I give them so much credit for being able to do that,” added Soehn of his players’ adaptation to the game-plan implemented for the Rowdies. “I feel like we’re growing into a team where everybody understands their role, everybody bought in and the depth gets better so when one guys steps out the other steps in.”

As positive as the past month has been, the pressure will remain on Legion FC to produce results. While Saint Louis FC has struggled for form recently, it still sits on the same number of points with a game in hand, meaning the crystal ball at fivethirtyeight.com rates STLFC a 53 percent chance to reach the postseason ahead of Legion FC’s 34 percent chance.

But given Birmingham’s chances at reaching the postseason were sitting at just two percent after its loss to Riverhounds SC six weeks ago, you’ll probably find plenty who like those odds as the side prepares to square off with rival Memphis 901 FC next Saturday night at BBVA Field. 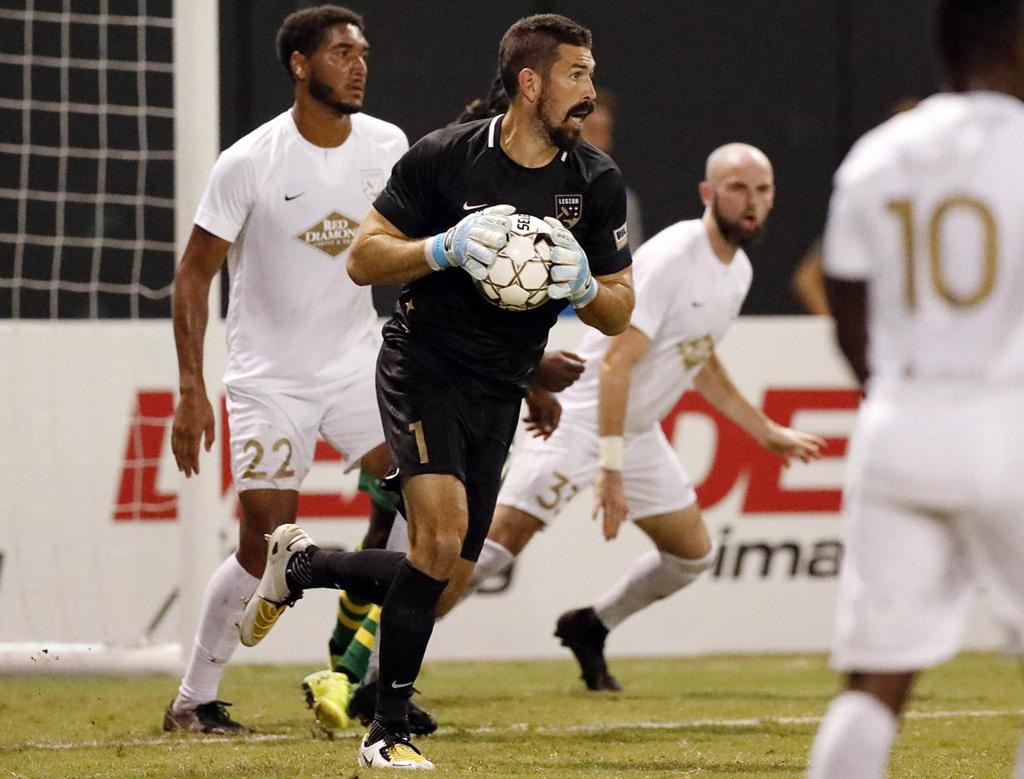 “This stretch of games has been really positive, but we also have to be grounded and know how we got there,” said Soehn. “It’s been hard work, and everybody dedicated to pushing forward and … knowing that none of that happens without all the stuff we did to get there. It was important to address the group and talk about that, but I think all these moments keep bringing us closer and closer and getting us ready for the second half of the season.

“Our expectations are really high right now and hopefully we can fulfill them.”