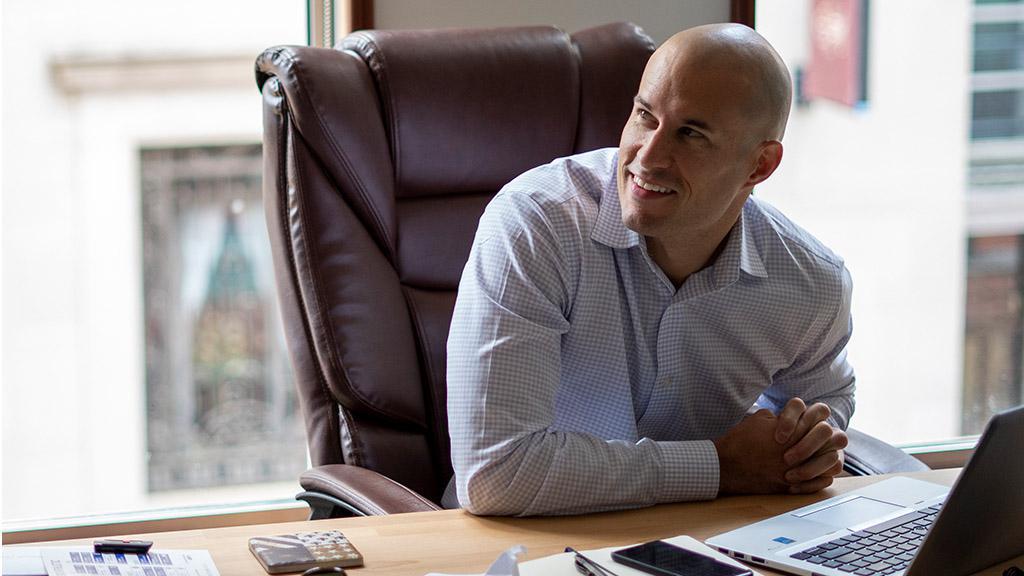 Hartford Athletic Chief Operating Officer Donovan Powell has made a major impact in his 12 months at the helm of the first-year USL Championship club. | Photo courtesy Hartford Athletic

ORLANDO, Fla. – Since being appointed as Hartford Athletic’s first Chief Operating Officer a year ago, the work of bringing a new professional soccer club to life – and at the center of it the renovation of a historic landmark in the city’s history – has made for a hectic 12 months for Donovan Powell.

“From the inside out, I think from the onset we’ve really wanted to build a world-class professional experience for our players and for our fans,” said Powell recently at the USL Mid-Year Meetings. “Getting to the point we’ve gotten now has been almost a Herculean effort, but I’m super-proud of our staff and our players for getting us to [this] point.”

Part of a large expansion class that joined the USL Championship this season, Hartford has been one of a group of teams that have continued the league’s upward trajectory. It’s done so in large part thanks to the focus on three key areas that Powell believes will lead to long-term success in a region that has held a long soccer tradition.

At the forefront is the club’s desire to build its foundation from the grassroots, starting with the revitalization of Dillon Stadium and the positive change that will bring to the surrounding Coltsville neighborhood. Originally built as part of the New Deal under President Franklin D. Roosevelt in the 1930s, the venue has undergone a major facelift through the public-private partnership put together by local and state officials and the Athletic’s ownership.

“We’re a community-based project, and that really begins with our stadium,” said Powell. “With the support of the state and the city we were able to accomplish a $14 million project and reopen the stadium just a few weeks ago. To bring that community asset back to life has been a really important piece of our culture and who we are. It’s a big part of our vision.” 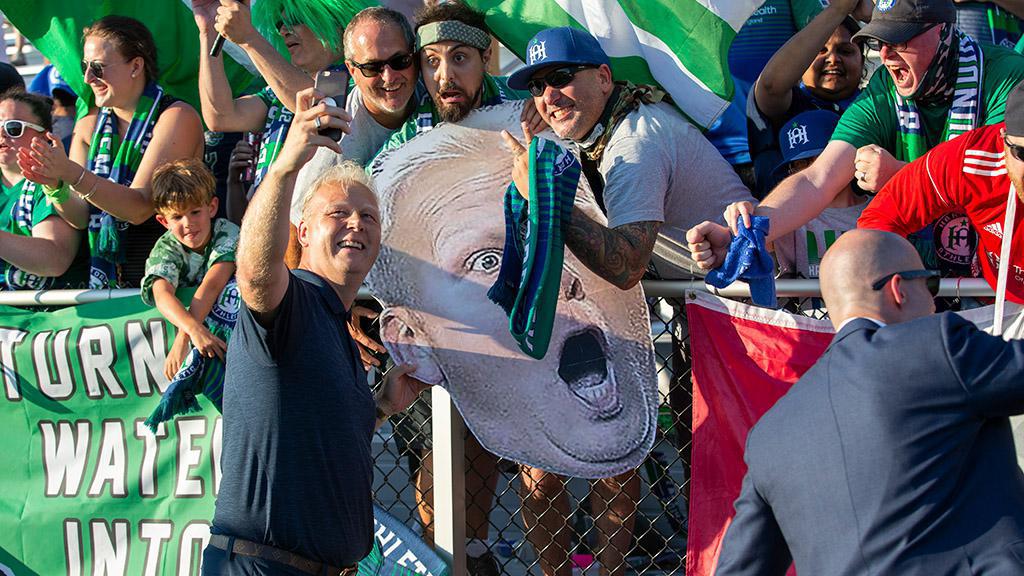 And now that the venue has officially opened for business, Powell has major plans for the atmosphere fans can come to expect. From his leadership role and successful experiences at Detroit City Football Club, Powell is aiming to foment a culture that will place the Athletic side-by-side with some of the top clubs in America.

To accomplish that, the club is making strong relationships with its supporters – primarily its two main supporter’s groups, The 19th Regiment and Mad Hat Massive – a priority. That includes bi-weekly conversations between club and supporter leadership that can allow their voices to be heard and foster the type of atmosphere that is now regularly found around the Championship’s clubs.

“I really emphasize a European-style soccer atmosphere,” said Powell, “so that’s singing, dancing, chanting for 90 [minutes], constant energy and we’re really leaning on the 19th Regiment and Mad Hat Massive to be at the forefront of that and encourage the most fan-festival style atmosphere we can possibly create.”

The Athletic’s leadership has also made smart moves within North America’s larger soccer community to enhance the visibility of its club, including sending the club’s launch scarves to be included on FOX’s FIFA World Cup broadcast last year in Russia from host Rob Stone to connecting with popular podcast and television show Men in Blazers, the club has made the most of opportunities to put itself in the spotlight.

Another team has stolen my. Welcome to the @USL @hfdathletic pic.twitter.com/ZXhdkruCxI

Oh @rogbennett and I are all in. Major @hfdathletic love tonight at our live show in Boston. And come on England!https://t.co/0c3AkgUS74

But as many ideas as Powell brings to the table from his experiences, he also got a lot from getting to meet and talk with his fellow executives during a busy two days in downtown Orlando. With the innovative ideas that are springing up around the league when it comes to community involvement, partnerships and in-stadium experience – especially among more recent arrivals to the league – there was a great opportunity to return to Connecticut with fresh ideas.

“I think what’s fun about this league is the growth model and the trajectory,” said Powell. “Being part of the USL, many of these clubs are doing things that have never been done before. We were talking this morning with Las Vegas, they were the first organization to strike a sports betting deal in the country, so the things that we can do, the way that we can forward-think is really unbelievable.

“It’s exciting, being able to collect off all the other top business officials to propel what our offerings are going forward, I think it’s unmatched, it’s unrivaled.” 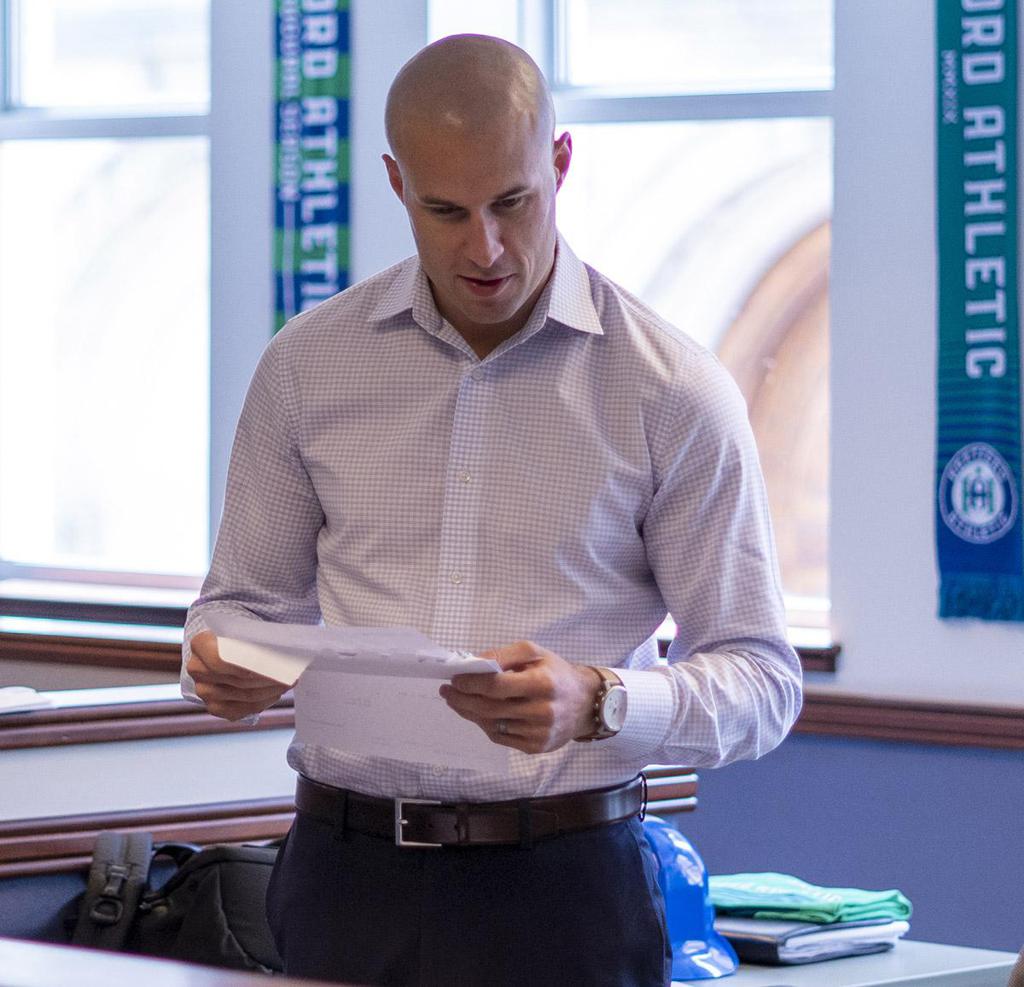 As the Athletic push toward the conclusion of their first season, the vision for how the club is going to become a destination that reflects its local community – and at the same time become an avatar for what Hartford represents – is starting to become fully formed.

“When you enter our stadium there might be a drumline, there might be DJs, you’re going to get a total feel for Hartford cuisine. We’re going to have six different rotating food trucks, and you know what, there’s a soccer game there too. That’s part of the action, that’s part of the environment, we have our supporters going crazy, but for me it’s really about creating a destination. I think that’s something we really excelled at in Detroit and it’s something we’re really trying replicate here in Hartford as well.”