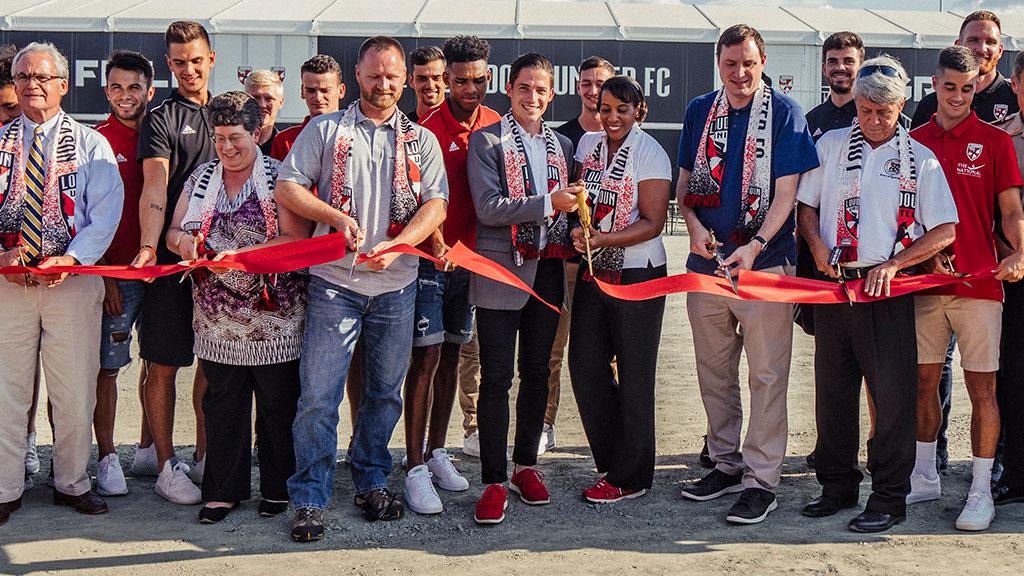 This past Saturday, however, the club welcomed numerous local dignitaries and representatives from D.C. United for an official ribbon cutting ceremony, giving a sneak peek at what fans could expect from the 5,000-seat venue as it becomes the club’s permanent home.

The stadium will be joined in the next year by a new training facility that will be shared by Loudoun United and D.C. United, with the $15 million development set to be completed next summer.

Here are some of the sights from the ribbon-cutting ceremony.