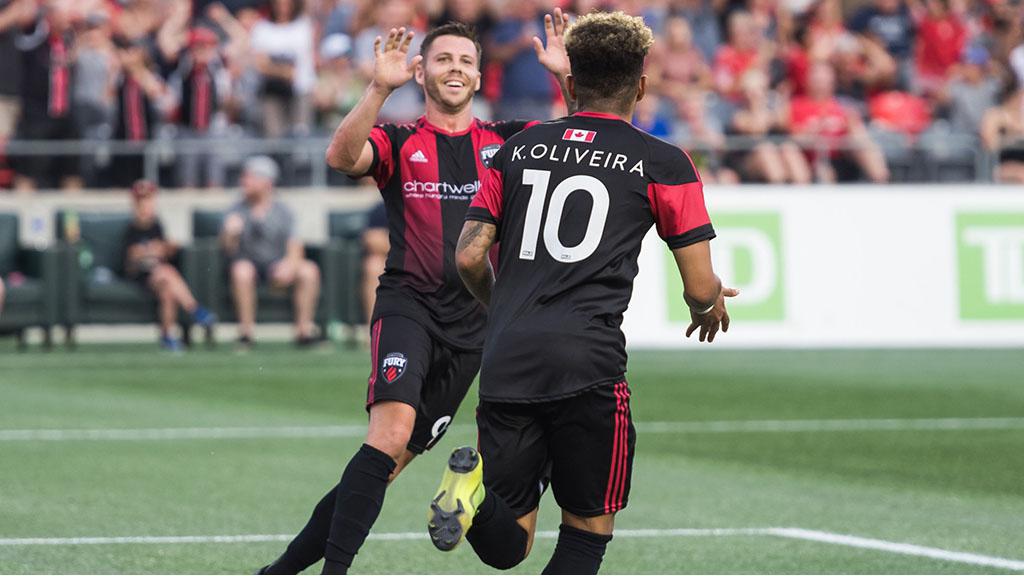 OTTAWA – As it prepares to face Toronto FC on Wednesday night in the first leg of their Semifinal series in the 2019 Canadian Championship at TD Place (7:30 p.m. ET | Match Center | One Soccer), Ottawa Fury FC is hoping the third time’s the charm.

Each of the past two seasons the Ontario clubs have squared off at this stage of the tournament with Toronto coming out on top each time on the way to claiming the championship. With Fury FC having its best season since joining the USL Championship in 2017, the side is looking forward to getting another chance at the side considered the top club in Canada.

“Definitely, as soon as the draw came out and we saw the potential match up with TFC again, so that was certainly circled in our calendars and it’s a big goal for us to get to that point,” said Fury FC captain Carl Haworth. “Not only that, we have to go and give a good showing, and show that we can compete with the likes of TFC. Hopefully we get a good result.”

Fury FC has shown well previously at home against MLS opposition in the Canadian Championship, even defeating Toronto 2-1 at TD Place two seasons ago when second-half goals Ryan Williams and Sito Seoane rallied the hosts to victory. The hopes of a place in the final were dashed a week later at BMO Field as Toronto pulled away to a 4-0 win and aggregate victory.

Toronto also took victory when it visited TD Place a season ago, but Ottawa Head Coach Nikola Popovic believes the major step forward the side has taken this season has it in a better position to compete this time around.

“We expect to play against a difficult team and to have a difficult match over the two legs,” said Popovic. “However, what we did this year gives us a better chance at having a good game than the one we had last year. I think it is going to be a very important first game, because we know that they are very strong on their field, so the first game is going to be crucial for us.”

“Any team that comes here is going to have a tough game,” said Haworth. “We are very strong at home and our fans lift us a little bit more. We are comfortable playing here, so to get results at home against any team is not a surprise.”

Toronto, meanwhile, has gone only 3-6-2 away from home this season and currently sits below the playoff line with 10 games to go in the MLS regular season. With a lead likely essential before next Wednesday’s return leg at BMO Field to give Ottawa a chance at reaching the Final for the first time, Fury FC is aiming to turn on the style in the manner its fans have become accustomed to in 2019.

“We are not going to change anything about our way of playing and philosophy,” said Popovic. “We want to see a team that wants the ball, that plays attractive football, and that creates chances, that is always aggressive, and that gives its 100 percent in every single challenge.”