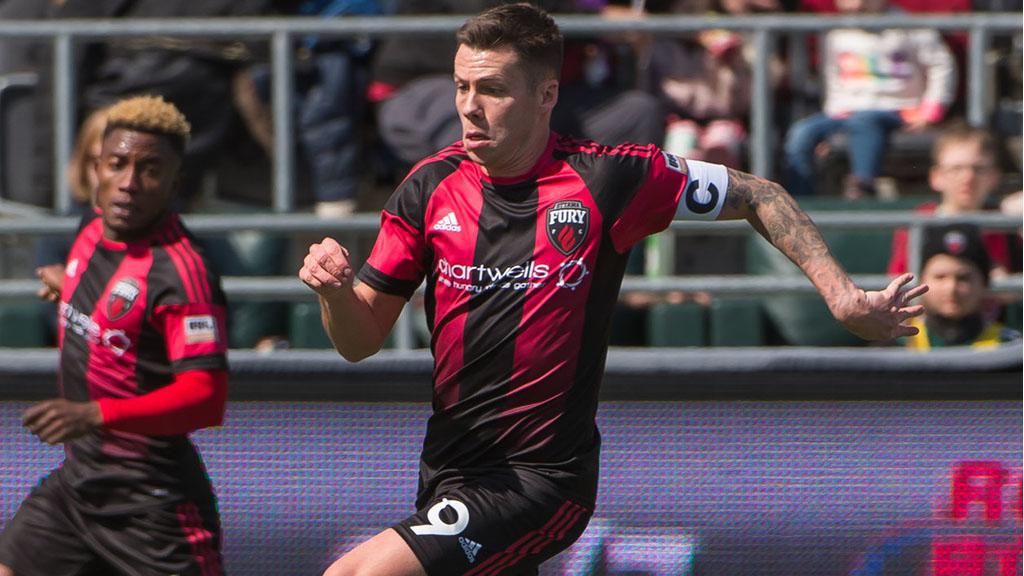 Ottawa Fury FC captain Carl Haworth has been one of the top performers in the Championship this season as the side prepares to face Toronto FC in the 2019 Canadian Championship on Wednesday night. | Photo courtesy Steve Kingsman / Freestyle Photography /

Going purely by statistics to measure a player – even with all we know about in-game activity thanks to Opta – is still an inexact science.

But with that caveat in position, the season-long player rating averages for players in the USL Championship created by well-known soccer app FotMob make for interesting reading.

At the top, of course, is the favorite for the Championship’s MVP award, Phoenix Rising FC’s Solomon Asante. Up next is former Reno 1868 FC forward Brian Brown, his 7.55 average rating preserved in ether after his midseason move to Albianian First Division champion FK Partizani.

So far, not any big surprise, right? But then we get to the third player on the list, whose 7.54 rating makes him the highest rated defender in the league and arguably an MVP candidate on numbers alone.

That’s Ottawa Fury FC captain Carl Haworth, who has more than done justice to his preseason belief that Fury FC will be a side competing in November this year.

And if you don’t believe the numbers, you can believe your eyes, especially when Haworth is producing moments like this.

The @OttawaFuryFC captain provides a sensational pass and Christiano Francois does the rest!

That goal secured Fury FC’s place in the Semifinals of the 2019 Canadian Championship, where it plays defending champion Toronto FC on Wednesday night in the first leg of the series at TD Place (7:30 p.m. ET | Match Center | One Soccer). It will be the third consecutive year Fury FC has taken on the Reds at this stage of the tournament, and with Fury FC having its best season since it joined the Championship in 2017 there could be genuine hope of an upset for the club from Canada’s capital.

For Haworth himself, though, it will be a golden opportunity to show at the age of 30 that he is due a return to the Canada Men’s National Team when it convenes in September for a pair of games against Cuba in the Concacaf Nations League. After Canada’s underwhelming performances on the right side during the Gold Cup, Haworth seems tailor-made to step in and do what he’s done successfully throughout this campaign for Fury FC.

With six goals, five assists and 39 key passes, Haworth has been productive in the attacking end, but he’s also held up his end defensively, making 35 interceptions, recording 113 recoveries and winning 32 tackles. His numbers show how consistent his performances have been for a side that has only conceded 22 goals in 21 games this season.

Haworth has previously been called up once to represent his country, making his lone appearance three years ago in an exhibition against South Korea. The longest-serving player at Fury FC – Haworth appeared for the side in USL League Two before it joined the professional ranks in 2014 – he has been a tremendous performer in a city he is proud to represent.

But at the end of the day, none of that matters. What should is his play on the field this season, which has been more than worthy of a call from Head Coach John Herdman next month.