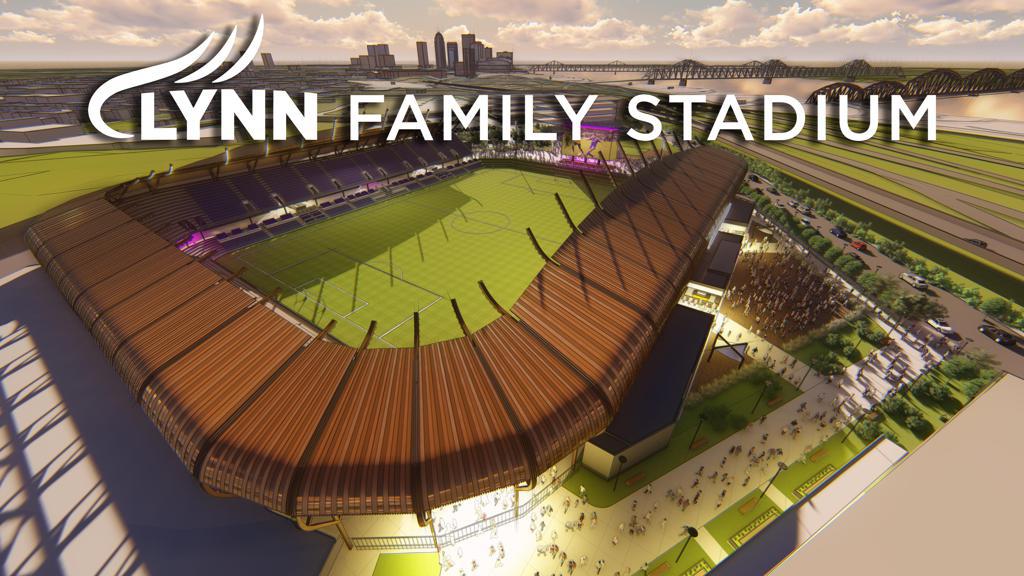 LOUISVILLE, Ky. – Louisville City FC announced on Monday a partnership with the Lynn Family for naming rights to the club’s new stadium. Set to open in Spring of 2020, LouCity’s new home will be called Lynn Family Stadium.

"We are thrilled to be able to contribute not only to the development and appreciation of soccer but to the Louisville community as a whole,” said Dr. Mark and Cindy Lynn. “We have been fans of Louisville City FC since its inception, so this truly fits what we are passionate about. We could not be more honored in helping Louisville City FC erect a stadium built for soccer where the city can come together to enjoy the fastest growing sport in America."

The soccer-specific stadium is a showpiece for the city just East of downtown in the Butchertown neighborhood. The USL Championship club has partnered with Messer-Harmon JV (joint venture) to build its new $65 million stadium in one of the most visible areas just east of downtown.

“The Lynn Family are the perfect fit for Louisville City because they believe in the same things we do as an organization: family, community and success,” Louisville City FC President Brad Estes said. “We feel fortunate to have a long-term partnership with a naming rights sponsor who aligns with our club’s values.”

Louisville City FC and the Lynn Family have committed to a 10-year partnership. Lynn Family Stadium will hold up to 14,000 fans with permanent seating for over 11,000. The club won back-to-back USL Championship titles in 2017 and 2018 and is in playoff contention again this season.

“We are forever grateful to Dr. Mark and Cindy for what they and their family have done to help bring professional soccer to Louisville,” Louisville City Chairman John Neace said. “This act of community spirit further enhances our belief that it takes a city to build a championship club. We are family.”

This will be Louisville City’s final season in Slugger Field, the club’s home field since its inaugural season. Lynn Family Stadium will be an ideal environment for professional soccer in Louisville.

“Lynn Family Stadium will be a cathedral for soccer in downtown Louisville,” Louisville City Head Coach John Hackworth said. “The design and layout of this stadium is incredible, and I can’t wait to lead my team onto the field inside our new home in 2020.”