Memphis Adds Doyle to Back Line 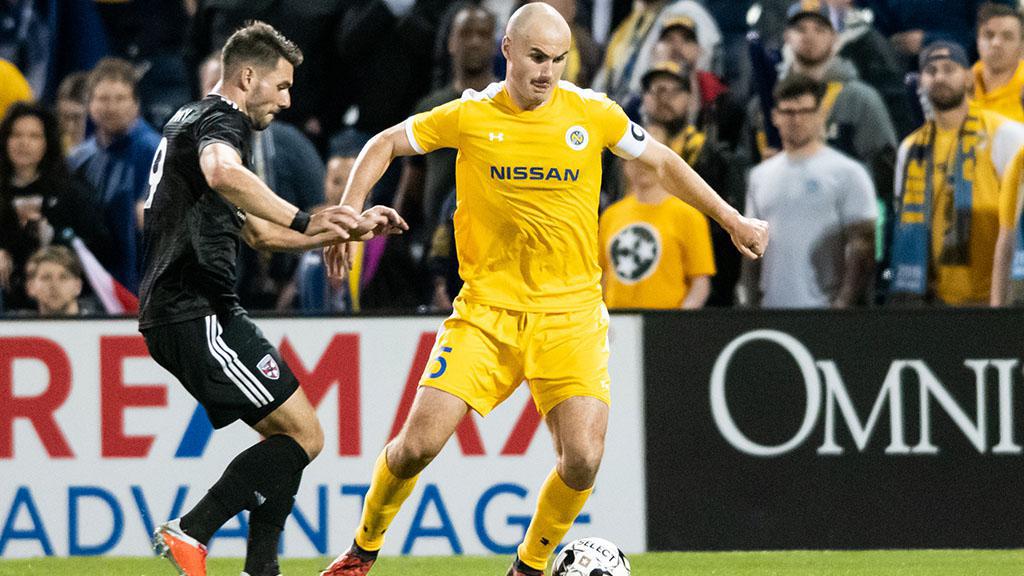 Defender Liam Doyle has made 54 appearances over the past two seasons for Nashville SC prior to his arrival at Tennessee rival Memphis 901 FC on Monday. | Photo courtesy John Wilkinson III / Nashville SC

Sitting six points out of the playoff positions in the USL Championship’s Eastern Conference with 14 games to go in the regular season, the first-year club expects both players to have a positive impact as it looks to boost its playoff hopes with two crucial games this week.

“We are committed to winning and continuously finding ways to improve our team,” said 901 FC President Craig Unger. “Our goal is to make a run at the playoffs and ultimately win a USL Championship Final. These two signings, plus the moves we have made in the past few months since the season started, reinforce our laser focus on that goal.”

Doyle moves across the state having spent the past two seasons with USL Championship rival Nashville SC, where he was an inaugural member of the club in 2018. In two seasons he made 54 appearances and a team-high 53 starts for NSC. He was a major part of Nashville’s second-ranked defense in 2018, playing the most minutes of any defender in Championship matches.

Prior to being signed by Nashville SC, Doyle played for the Championship’s Swope Park Rangers in in 2017 and Harrisburg City Islanders in 2016. The Isle of Man native was selected by D.C. United in the 2016 MLS SuperDraft out of Ohio State University but did not sign. He was called up to the Isle of Man National Team for the first time in 2010.

“Liam is a fierce competitor with great experience as a central defender,” said 901 FC Head Coach Tim Mulqueen. “He has an intensity to his game that will be infectious to our group.”

Da Silva joins Memphis after last week being released by mutual agreement by Major League Soccer’s Orlando City SC. A former Homegrown signing for the Lions, Da Silva was named the No. 1 player in the Championship’s 20 Under 20 in 2017 after starring for Orlando City B, but more recently had spent time on loan with Orlando’s Brazilian partner club Atletico Paranaense for the 2019 season.

The Port Chester, N.Y., native has scored four goals in 32 appearances for United States youth national teams. In November 2017, Da Silva was called up to the U.S. U-19 National Team training camp in Sunrise, Fla., and he also represented the United States at the 2015 FIFA U-17 World Cup.

“Pierre is one of the most talented young attacking players that I have worked with,” said Mulqueen said. “He has great experience for a player his age, and he will have an immediate impact as a left-sided attacker for us.”

Memphis returns to action on Tuesday night as it visits Saint Louis FC for an 8:30 p.m. ET kickoff. 901 FC is then at home on Saturday night as North Carolina FC visits AutoZone Park at 8:30 p.m. ET.