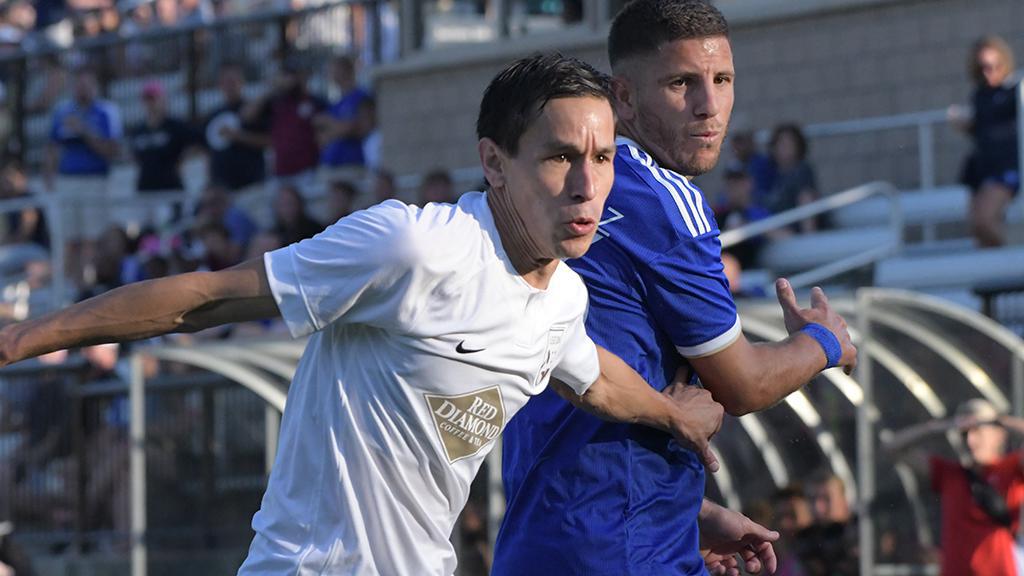 There’s a terrible cliché in sports that says every game counts the same.

And while, yes, each of the 34 matches on a team’s USL Championship schedule represents an opportunity to accumulate a maximum of three points, there are certain games over the course of a season that mean just a little bit more.

Just ask Birmingham Legion FC as it prepares to host the Charlotte Independence at BBVA Field on Saturday night (8 p.m. ET | ESPN+) in what I believe is the biggest game of the club’s inaugural season to date.

The expansion side enters the contest in 13th place in the Eastern Conference standings – four points adrift of 10th-place Charlotte – and can give its playoff chances a significant boost with victory in what is setting up to be a classic six-pointer between the two teams.

Couple that with the fact that the two teams between Legion FC and the Independence in the table, Saint Louis FC and Bethlehem Steel FC, are squaring off half an hour later at World Wide Technology Soccer Park (8:30 p.m. ET | ESPN+) and you get the sense that these might just be must-win matches for the teams involved.

But while Birmingham faces the biggest game of its season on Saturday, the singular moment that will define its season one way or the other has already come and gone.

That moment took place on the night of July 13 when Chandler Hoffman, who dons the titles of star forward, first signing and native son for Legion FC fans everywhere, ruptured his PCL early in the first half of Birmingham’s 1-0 victory over North Carolina FC.

Hoffman’s injury, which will see him miss the remainder of the season, could prove to sum up an underwhelming campaign for Legion FC or be the ignition to a second-half run towards the playoffs. 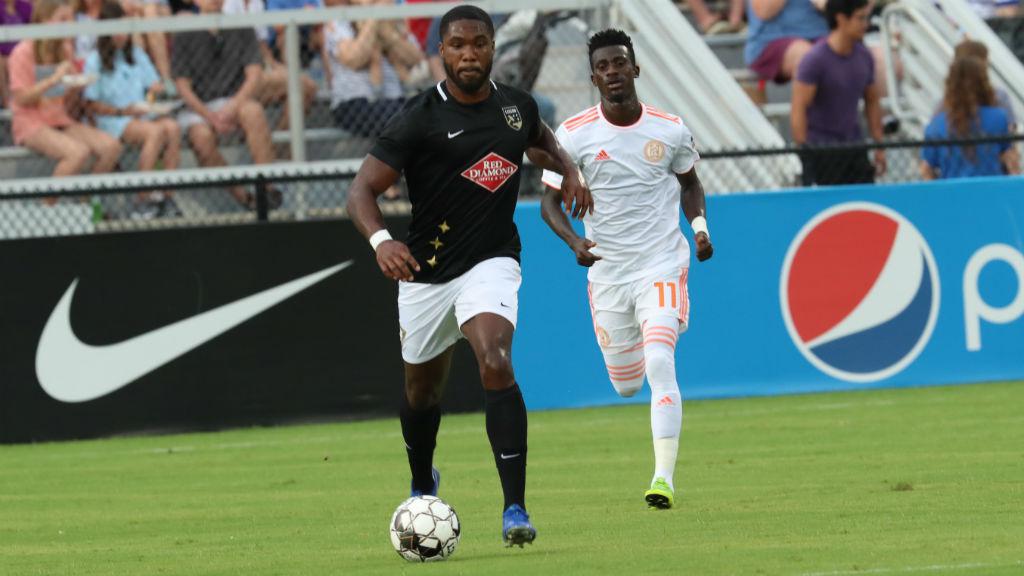 Legion FC players rallied together after seeing their teammate go down against NCFC and Brian Wright, who was the forward’s replacement in the 20th minute, went on to score the game-winning goal with 11 minutes remaining to secure a vital win over a top-four team. Wright found the back of the net again last weekend inside the opening five minutes as Birmingham cruised to the biggest victory in its history, defeating ATL UTD 2 4-0.

And while there’s no way to know how long this run will continue, there is a theory that could be in play down in Alabama. That mysterious force that I describe is the Ewing Theory, originally penned in the mid-1990’s by Dave Cirilli and made famous by his friend – and founder of The Ringer – Bill Simmons.

The Ewing Theory is a relatively simple – but certainly not all-inclusive – concept in which a team may achieve greater heights without its star player. That may be for a multitude of reasons, including trying to force play through that player too much or maybe the style doesn’t fit the player (Think: Were the NBA’s Golden State Warriors actually better without Kevin Durant?).

However, in order to be a candidate for the Ewing Theory, the situation must meet two main criteria, according to Simmons.

• A star athlete receives an inordinate amount of media attention and fan interest, and yet his teams never win anything substantial with him (other than maybe some early-round playoff series).

• That same athlete leaves his team (either by injury, trade, graduation, free agency or retirement) — and both the media and fans immediately write off the team for the following season.

The test case that proved to be the namesake of theory was former New York Knick Patrick Ewing, who tore his Achilles in Game 2 of the 1999 Eastern Conference Finals, following which the Knicks – who many critics counted out after losing their future Hall-of-Fame center – rallied win three of the next four games against the Indiana Pacers to advance to the NBA Finals for the second time in 26 years.

There are countless other examples of the Ewing Theory, from Tom Brady replacing an injured Drew Bledsoe at quarterback in 2001 and leading the New England Patriots to the Super Bowl that season to Peyton Manning racking up accolades at the University of Tennessee – but never winning a National Championship – before the Volunteers ruled college football just nine months after Manning was selected with the first pick of the 1998 NFL Draft by the Indianapolis Colts.

Now, before we delve into whether this theory could potentially apply to Hoffman and Legion FC, I want to make one point abundantly clear. The theory doesn’t say anything about Ewing’s (or Bledsoe’s or Manning’s) status as a player. As a Hall-of-Famer, there’s no denying that Ewing was one of the NBA’s all-time greats.

Hoffman has certainly been one of the Championship’s best players over the span of his career and ranks third on the league’s all-time regular-season scoring list with 64 goals in 141 games. You certainly want a forward like that in your team every single time you take the field.

However, I do think the Ewing Theory applies here because Hoffman has seen a higher level of media attention and fan interest since moving back to his hometown of Birmingham and Legion FC’s playoff hopes have taken a hit – and currently sit at just six percent according to fivethirtyeight.com – after his injury.

The forward’s teams have been always relatively successful, but the biggest team achievements on Hoffman’s resume to date are a 2017 regular-season title with Real Monarchs SLC and a trip to the Eastern Conference Final in 2016 with Louisville City FC.

While it would be hard to imagine Legion FC reaching the same stage this season without Hoffman, few would have imagined Brady’s Patriots – who were double-digit underdogs twice in the postseason – lifting the Lombardi Trophy in 2002.

The point of the story is, it’s way too soon to write off Birmingham’s postseason chances in its inaugural season, especially if it can continue to ride this recent momentum on Saturday against the Independence.

And to fittingly wrap this up with another terrible (but slightly more true) cliché, if the Legion FC can make its way into the postseason, you never know what can happen.