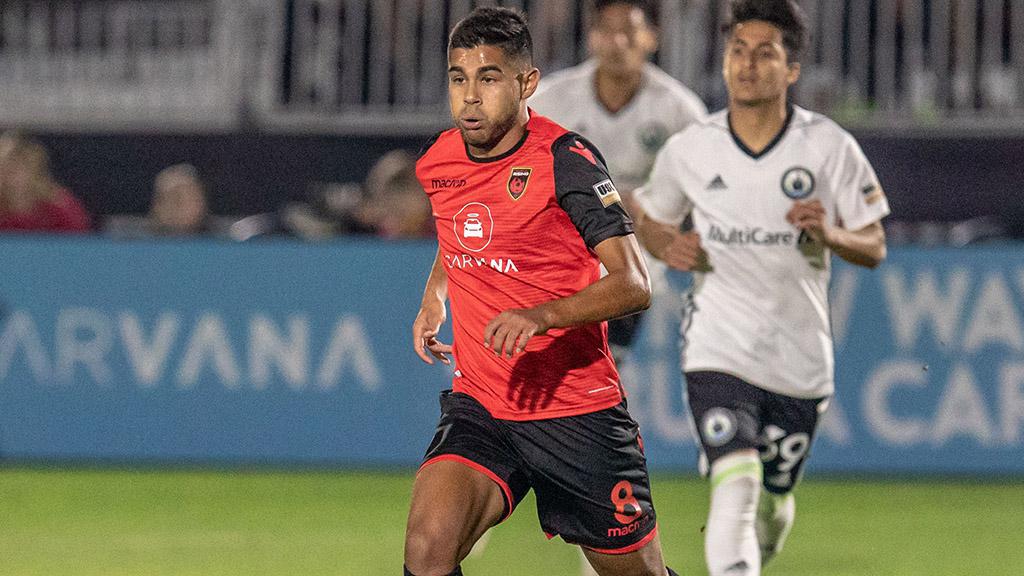 Saint Louis FC has acquired midfielder Collin Fernandez from Phoenix Rising FC as it bolstered its midfield for the second half of the 2019 season. | Photo courtesy Michael Rincon / Phoenix Rising FC

Fernandez makes his return to Saint Louis FC after making three appearances for the club on loan from Chicago Fire during the 2016 USL Championship season.

“I am very excited to be in St. Louis and I can’t wait to get to work with my new teammates and the staff,” said Fernandez.

Fernandez was born in Downers Grove, Illinois and developed in the Chicago Fire youth system before signing a professional homegrown contract in 2014. He was loaned to Louisville City FC for part of the 2015 Championship season where he made four appearances before returning to Chicago to play in three games over the 2015 and 2016 MLS seasons.

He was then loaned to then-Fire affiliate Tulsa Roughnecks FC during the 2017 Championship season and recorded one goal and two assists in 28 appearances to help lead the side to its first postseason berth.

Fernandez joined Rising FC prior to the start of the 2018 Championship season and recorded two goals, three assists and 21 key passes in helping the side claim the Western Conference title and a place in the 2018 USL Cup. This season he has made nine appearances for Phoenix, recording five key passes over 433 minutes.

“Collin is a player I’ve admitted for some time,” said STLFC Head Coach Anthony Pulis. “I think it’s another positive addition to our squad as we approach the second half of the season. He’s a quality player and person who will not only improve us on the field but fit in perfectly from a cultural standpoint too.”