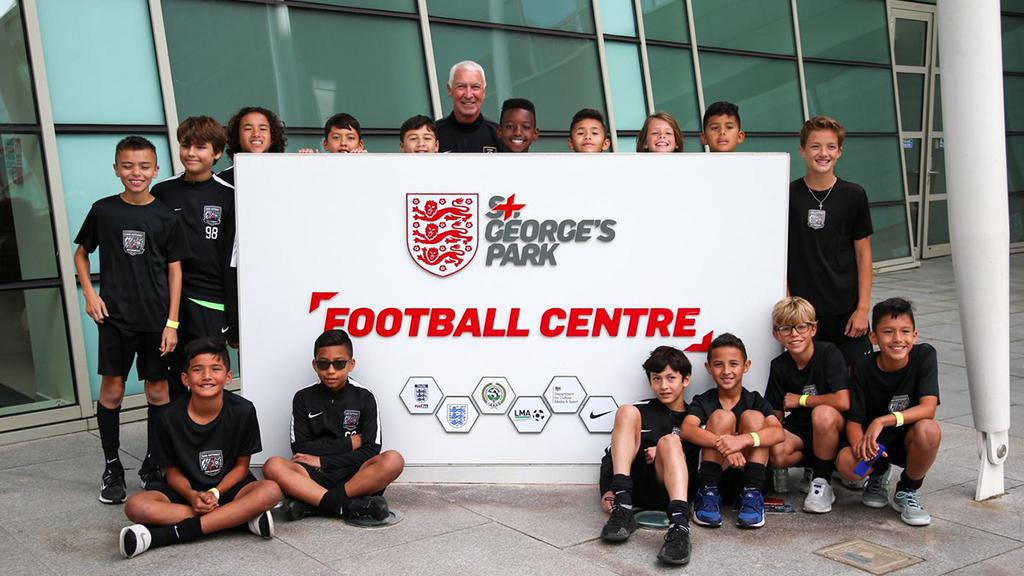 SAN ANTONIO – Within a USL Championship club’s Academy system, there are key day-to-day building blocks that help create an environment where players can progress on the potential pathway to the professional ranks.

Perhaps nowhere in the Championship is that true more than at San Antonio FC, where the progression of the club’s Academy signings has been one of the big storylines at the club this season. But in addition to the fundamentals that are going to allow players like 17-year-old Academy signings Ethan Bryant and Jose Gallegos and 15-year-old Leo Torres – who earlier this year signed pro terms with SAFC – to thrive, the club is always trying to provide environments that in the bigger picture will equip young players with the tools they need to succeed when the call to join the club’s First Team arrives.

“That’s some of the big things we talk about as a staff,” said SAFC Pro Academy Director Nick Evans. “When we give a player an opportunity to be with the first team, we want most of the things he’s going to experience to be things he’s already experienced before. The only difference would be the level of players and the quality of players he would be playing against. We want all of our players to have trained with the first team when they come to a professional opportunity, we want all of our players to experience travel and going on the road for multiple days away from home.”

That was one of the goals for the club’s U-12 Academy side when it went to England in late May to compete at the Global Football Pro event held at St. George’s Park in Burton upon Trent, a facility that also serves as the home base for England’s national teams. The trip allowed Coach Tim Chestney to test his young players in a competition beyond its regular USSF Development Academy schedule and put an added focus on the competition against some of the top Academy sides from the Premier League and EFL Championship that were also competing at the event.

“We haven’t played a tournament at U-12, we just play the DA schedule where the focus is as it should be on the development pathway so it’s less so about the results, but we did push to them on this one that you’re competing,” said Chestney. “You’re competing against English teams, these boys will want to win and there’s a trophy at the end of it, so everybody knew it was an outcome-based event, probably more so than a process-based event.”

Boots on the ground in! First @SAFCProAcademy training session completed with a friendly tomorrow morning! pic.twitter.com/TzGPKMsdJ8

That knowledge was reflected in the player’s reactions to a pair of tough defeats to open the tournament against Stoke City and Wolverhampton Wanderers, which left Chestney wondering how his young charges would react to the challenge of not only facing strong competition but doing so without the regular support system they would have potentially leaned on at home.

As it turned out, the adversity saw the players dig a little deeper, and after employing a tactical adjustment on the field the side won its way through to the Semifinals of the Shield competition.

“We were playing Birmingham City in the Semifinals and Leicester City in the Final,” said Chestney. “I think we scored four goals in the semifinals, three goals in the final after only scoring two goals in the first three, so I think they really did grow and grow into it, and they realized these are 11- and 12-year-old boys as well, even though they’re wearing the kits they see on TV from their parent clubs, they realized they could compete, which I think was the biggest thing.

“The last game, I don’t know if you could draw it up better because they battled and all of their frustrations from the previous games dissipated in that last Sunday game. It was a great reward for them, I think.” 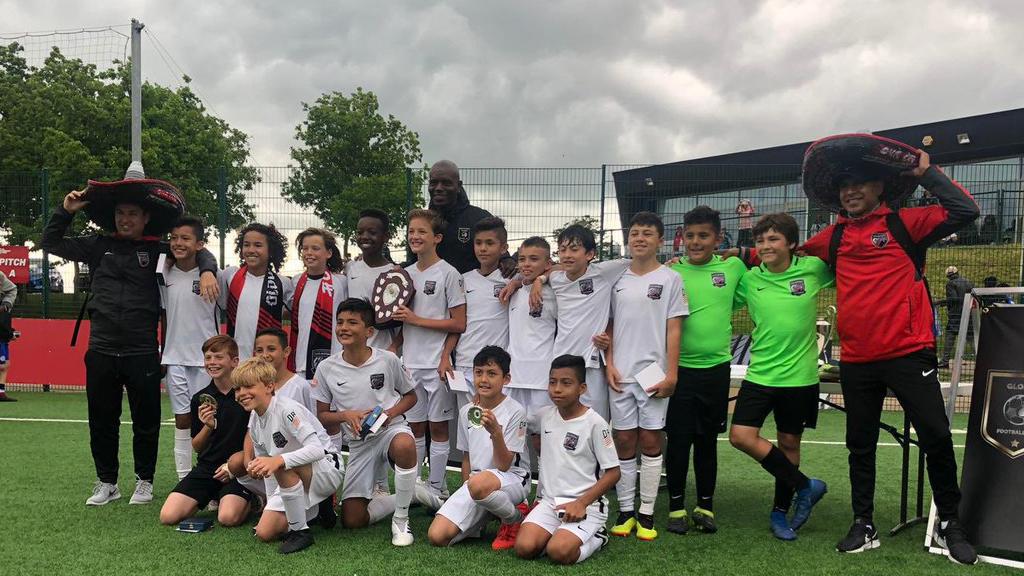 The success the club found during its trip added to the belief held by Evans that there is a large well of talent that has been well-nurtured by local clubs, but that now has an opportunity to take the next step through the programming that SAFC is investing in to produce talent for the club’s Championship side and the opportunity to go even further in their playing careers.

“I believe in the programming that’s being done within the city as well as within the clubs, the youth clubs here are doing a fantastic job, and I really believe in what we’re doing,” said Evans. “I think this is probably a little bit overdue in terms of the opportunity these boys are getting because there is talent here. … We’re a club of the city, we’re a club that wants to invest with Spurs Sports & Entertainment in the youth of San Antonio and provide opportunities for the youth of San Antonio that we don’t believe they can get unless they’re part of this program, and the trip to England embodies that.”

As well as the competition the players over the six matches they played, there was also the off-field aspect of the trip that saw the side at St. George’s Park at the same time as England’s Men’s National Team was preparing to play in the finale of the UEFA Nations League in Portugal.

“Seeing England train, they probably took 100 photos each with their cameras,” said Chestney. “As soon as [Marcus] Rashford and [Jesse] Lingaard came out, that was it for them, knowing those two and how young they are the impact they have for England and [Manchester United].”

In addition to that, the players also got the chance to visit other cities and venues during the trip, which included passing some notable grounds and landmarks for the English game.

“When we drove to Wolverhampton, we had to pass Birmingham and we went by Aston Villa and could see their ground from the road, and then when we went to Manchester, we passed the Britannia, Stoke City’s ground,” said Chestney. “Going into Nottingham’s city center it gave them a bit of an education because they had a statue of Brian Clough from when he was all of the stuff with Nottingham Forest in Europe. They didn’t know quite a bit about that sort of stuff, but I think they were taking it all in.”

Nottingham city center (@dpowell6 ) this afternoon for some sightseeing for the @SAFCProAcademy boys - had to do some football history education with the statue pic.twitter.com/ZlvxdNNEBk

Those elements are going to be useful pieces for the players moving forward as they take the next step up the development pathway having had the experience of an extensive road trip the likes of which San Antonio FC’s First Team occasionally faces in the Championship. Another element the club is looking forward to introducing is its participation in the USL Academy Cup later this year, which will again provide a tournament setting for competition, something Evans believes is going to be a good opportunity for the program’s players.

“I think it’s a really fantastic competition they’re putting on,” said Evans. “When you look at our game programming, the majority of which we play in the Development Academy, that’s over a 10-month period. I think what this event allows you to have with the USL Academy Cup is that it’s a knockout-based event, so in a short space of time you have competition against other top USL Academies where you have to try and compete and win in a short period of time.

“I think that’s a new component of development for our players that we haven’t had prior because we participate in leagues over a long period of time, so bring able to have this tournament cup play is fantastic for us. We’re really excited to add this into our programming.”

After the Academy’s successful trip to England earlier this year, the pathway is only going to widen for the talented youngsters that are making their way through San Antonio’s development program.

“I came back very proud of the boys and the team just in terms of how they went from day-to-day and improved,” said Chestney. “[They] took lessons from early games and applied them later, went into an environment that was about winning, something we’ve never put on their plate in terms of asking them to win and what that might entail. For them to pull that all together was the biggest takeaway for our group.”