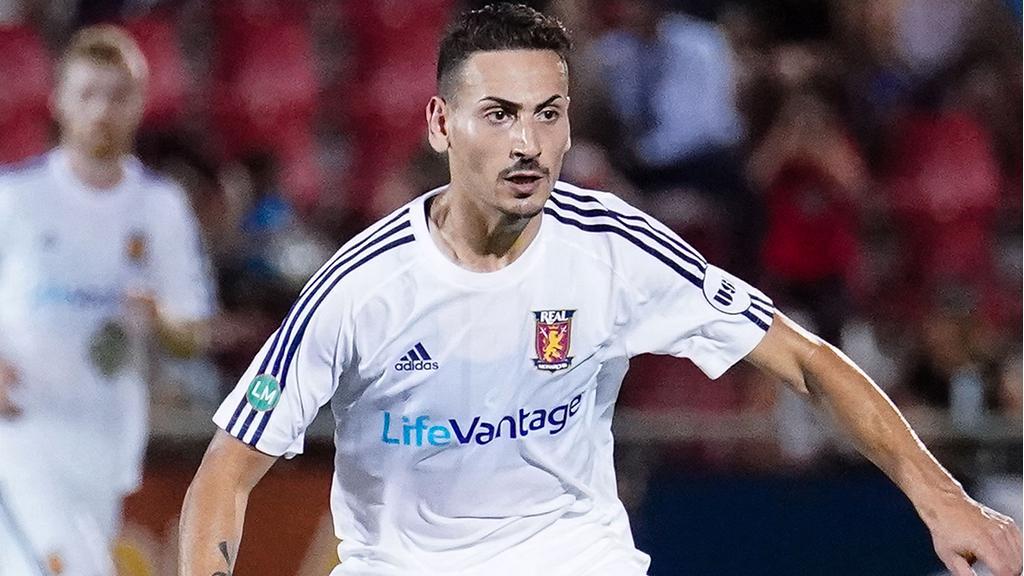 New Saint Louis FC signing Masta Kacher arrives at the club from Real Monarchs SLC, where he made 38 appearances since the start of the 2018 season. | Photo courtesy Darren Abate / San Antonio FC

Kacher has made 38 appearances for the Monarchs since arriving prior to the 2018 USL Championship season and has recorded four goals, three assists and 26 key passes during his time with the club.

“I’m really pleased we’ve been able to sign a player of Masta’s quality at this point in the season,” said STLFC Head Coach Anthony Pulis. “With the unfortunate circumstances of Joaquin Rivas and Matt Thomas needing surgery, plus Austin Martz retiring, it was imperative we added another attack-minded player to our squad. He has a lot of technical ability and I’m sure he’ll give the group a positive boost.”

A native of Azazga, Algeria, Kacher has duel Algerian and Canadian citizenship. He came through the Montreal Impact Academy and made his professional debut for former USL Championship club FC Montreal in 2015 where he scored two goals over 36 appearances.

Kacher then signed with Colorado Switchbacks FC and started every game for the club in the 2017 Championship season, making 32 appearances and recording five goals, seven assists and 45 key passes.

“First of all, I want to thank the Real Salt Lake organization for their professionalism and the opportunity they gave me,” said Kacher. “Now, I’m very excited to join Saint Louis FC. Playing against this team a couple of times in the past, I was always surprised by the fan-base and the support they give to the club and the city. Also, working with Coach Pulis will be an honor and I can’t wait to get started with my new teammates.”