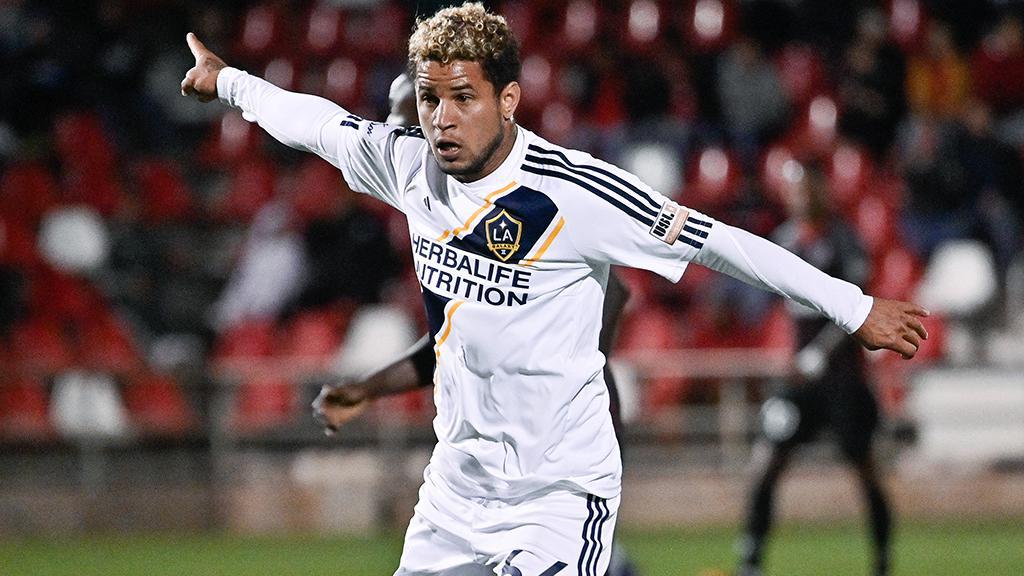 SAN ANTONIO – San Antonio FC announced on Monday it had added forward Frank Lopez on loan from the LA Galaxy II for the remainder of the 2019 USL Championship season, pending league and federation approval. Per club policy, terms of the loan were not disclosed.

Lopez is the second player to join San Antonio on loan this season from the Galaxy organization, joining fellow forward Bradford Jamieson IV in the Alamo City.

“We are excited to add Frank to our roster,” said SAFC Head Coach Darren Powell. “We are thankful to LA Galaxy II for sending him to us on loan. Watching him the last two years, we feel as if he can positively impact our group from day one. He’s a player that works hard on both sides of the ball and has scored several goals in this league.”

Lopez joins after making 14 appearances for Los Dos this season, totaling 830 minutes played while recording a team-high six goals. In 2018 – his first with the Galaxy’s USL Championship club – the Cuba native led the Galaxy II in goals, scoring 13 in 28 total appearances (1,667 minutes). His 13 goals were also tied for the eighth-most in the league last season. Lopez added one assist and 22 shots on target in his first professional season in the United States.

The 24-year-old has also represented his country 10 times, making five appearances at the Cuban U-17 level and five appearances at the U-20 level. Lopez has added three total goals in those matches while accumulating 735 total minutes played. The forward spent his youth career with FC Cienfuegos in Cuba prior to joining the Miami Soccer Academy in the United States in 2015.

“This is a great opportunity for me,” Lopez said. “I was waiting for the right opportunity for me and I think there’s no better place for me than San Antonio. I hope to help the team make the playoffs and make a championship run, but above all I hope to contribute to the squad.”