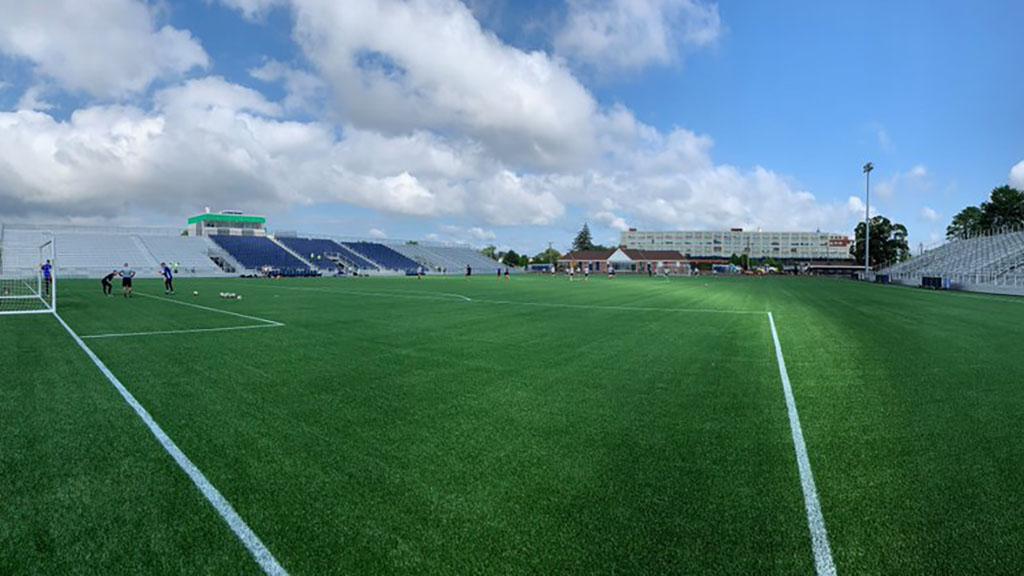 HARTFORD, Conn. – A year and two days after it was announced the USL Championship was coming to Hartford in the 2019 season, the big day arrives on Saturday for Hartford Athletic as the club plays its first home game at the newly-renovated Dillon Stadium.

And for the players and coaching staff with the club, it’s a day they know the local community has had circled for a while.

“I know the history that’s been made in the past at that stadium is absolutely amazing,” Athletic Head Coach Jimmy Nielsen told the Hartford Courant’s Shawn McFarland. “Speaking to a lot of people around in the city, wherever you go, everyone has a story.”

With a capacity just over 5,000, the 84-year-old venue – which underwent a $14 million renovation over the past 12 months – is going to offer a much different environment for the Athletic from their previous home outings at Rentschler Field.

Not that the fans and players didn’t enjoy playing at the same venue that has previously hosted the U.S. Men’s and Women’s National Team for its first seven games of the regular season, but the close-quarters atmosphere that is set to be generated by the club’s support at Dillon Stadium promises to bring a raucous environment for visiting sides.

“Coming to a smaller stadium and bringing the intensity to the guys, they’re right on top of them,” Nielsen told McFarland. “In Rentschler, they had been absolutely amazing, terrific support. We had been in a difficult situation with the results, but we’ve gotten very, very positive support from the group. I’m excited to see them on Saturday at Dillon.” 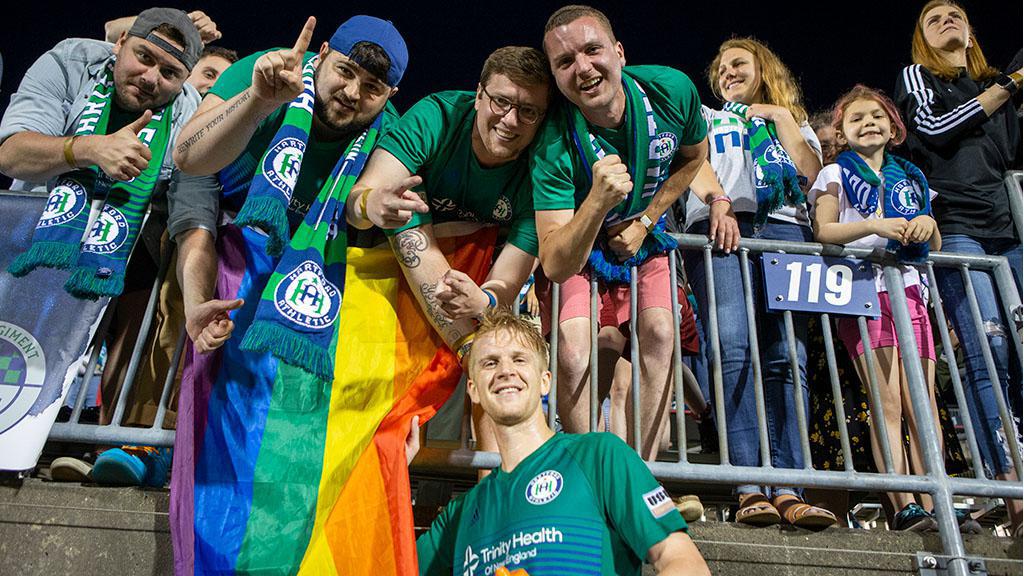 Hartford Athletic has already seen passionate support backing it previously this season, but is looking forward to the atmosphere that will be generated at Dillon Stadium. | Photo courtesy TJ Sallah / Hartford Athletic

The first side to visit Dillon Stadium will be Indy Eleven, which currently sits in second place in the Eastern Conference and enters on a 10-game undefeated streak after playing to a 1-1 draw with Louisville City FC in its last outing on June 29. The Eleven edged out the Athletic when they met in March at Lucas Oil Stadium with a 1-0 victory, and Head Coach Martin Rennie believes the atmosphere should be one that helps lift his side as well.

“I expect the atmosphere to be exciting and the crowd to be quite loud, and I think that’s something that’ll be good for our team,” said Rennie. “Our players really respond well to that and rise to the occasion when there’s an opportunity like this.”

As close as the bond between Hartford’s players and supporters’ groups like the 19th Regiment has become during the club’s time at Rentschler Field, however, the club’s arrival in downtown Hartford is going to open the club up to a larger potential fanbase.

“To play in downtown Hartford, I think it’s going to bring a lot of new fans that we probably haven’t met,” Athletic forward Jose Angulo told McFarland. “We’ll get closer to them, and we’re going to meet them.”