Twenty years on from rookie season, former midfielder, Head Coach among five to be honored Saturday

PITTSBURGH – It’s been more than 20 years since Justin Evans was the first name selected by the Pittsburgh Riverhounds SC in the 1999 USL First Division College Draft.

“I’ll really never forget it,” said Evans earlier this year. “From the time that they announced myself, Steven Garey as the first local players being signed, I think it just gave it that feel and really brought the community together.”

A Western Pennsylvania standout that competed for Penn State before spending his final collegiate season at St. Bonaventure, Evans’ rookie year saw him begin a relationship with the Hounds that would off-and-on span a decade-and-a-half as a player and a coach.

On Saturday night, he’ll be one of five cornerstone figures in the Riverhounds SC’s history that will be the first inductees into the club’s Hall of Fame, launched this year to commemorate the 20th anniversary of its inaugural season in 1999.

“Obviously, I wanted to play in Major League Soccer right from the start, but everybody did,” said Evans. “There were so many players and so many fewer teams than there were now. It was an awesome thing that the Riverhounds were able to put this team together and the Heasleys brought this team to Pittsburgh.” 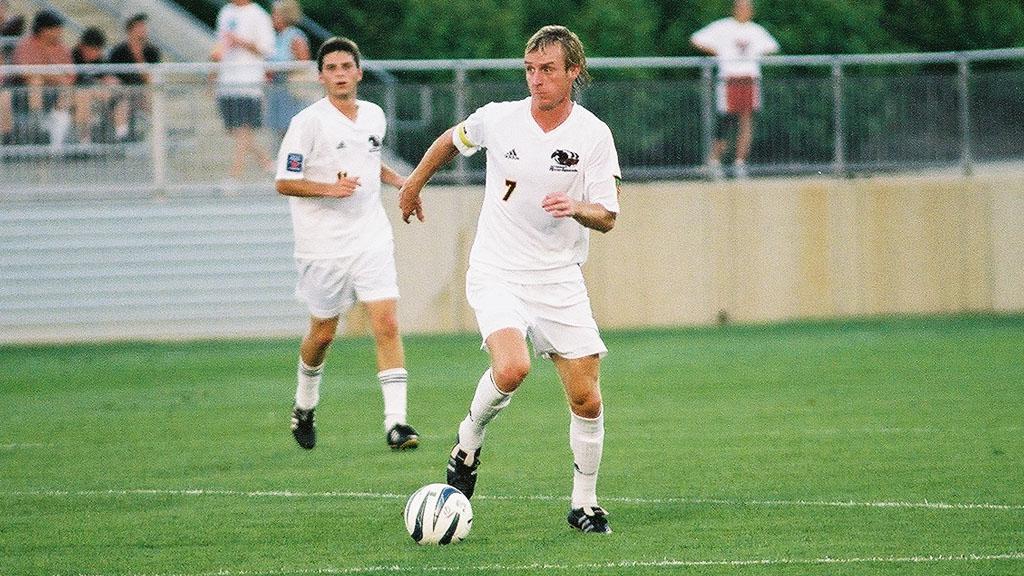 The club’s founder and original owner Paul Heasley is among those that will be honored alongside Evans on Saturday night, as will the club’s first Head Coach John Kowalski and General Manager Dave Kaspar and former player David Flavius. Evans has great memories of the man who brought professional soccer to the Steel City two decades ago before passing away in 2013.

“He was there, you would see him, but he would never really inject himself into it,” said Evans. “He would sort of stand in the shadows and sit in the back a little bit, but you always knew that he had his hand on the pulse of the whole thing, that he was the one running it.”

Founded on March 11, 1998, the Hounds reached the playoffs in their inaugural season as Evans led the way with five goals and 14 assists in 28 appearances for the side. That earned a move to Major League Soccer, first with the San Jose Earthquakes, then the Chicago Fire and the Dallas Burn before Evans returned to the USL First Division with the Charleston Battery.

Evans played another season for the Hounds in-between two stints with the Battery in the mid-2000s before returning to Pittsburgh for two seasons as a player-assistant coach before his playing career concluded after the 2009 season. He then took over as the club’s Head Coach during an era in which it moved into its permanent home at Highmark Stadium in 2013, taking it to the postseason in three out of five seasons. 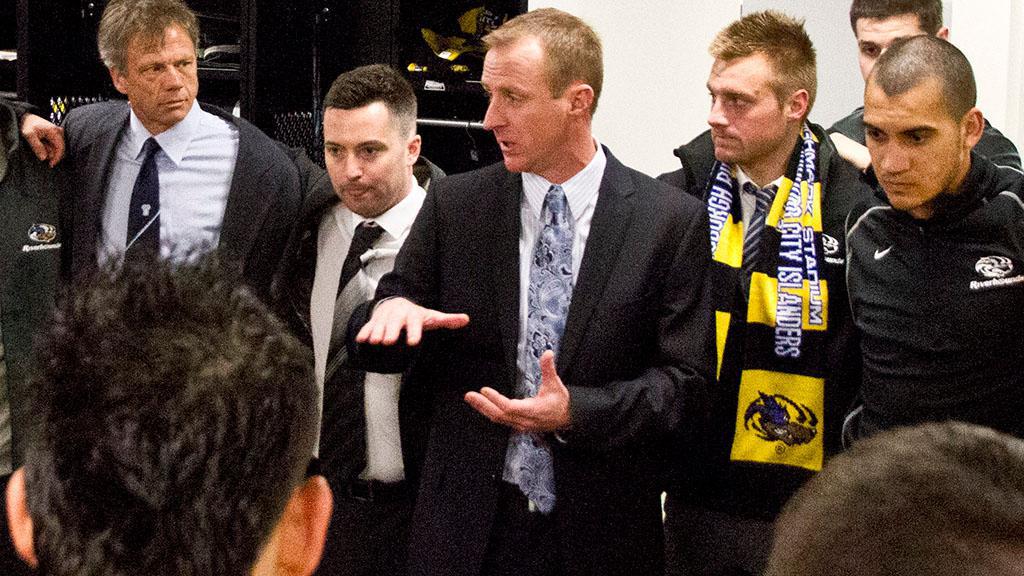 Justin Evans addresses his squad ahead of the inaugural home game at Highmark Stadium in 2013. Evans was on the sideline for more than 100 games as the club's Head Coach. | Photo courtesy Pittsburgh Riverhounds SC

Having recorded more than 100 appearances over the years for the Hounds, while serving as Head Coach for 101 regular season games as well, Evans’ competitiveness was always on show.

As it all comes back to the start, Evans’ place in the Hounds’ history was never in doubt.

On Saturday night, however, it will be enshrined.