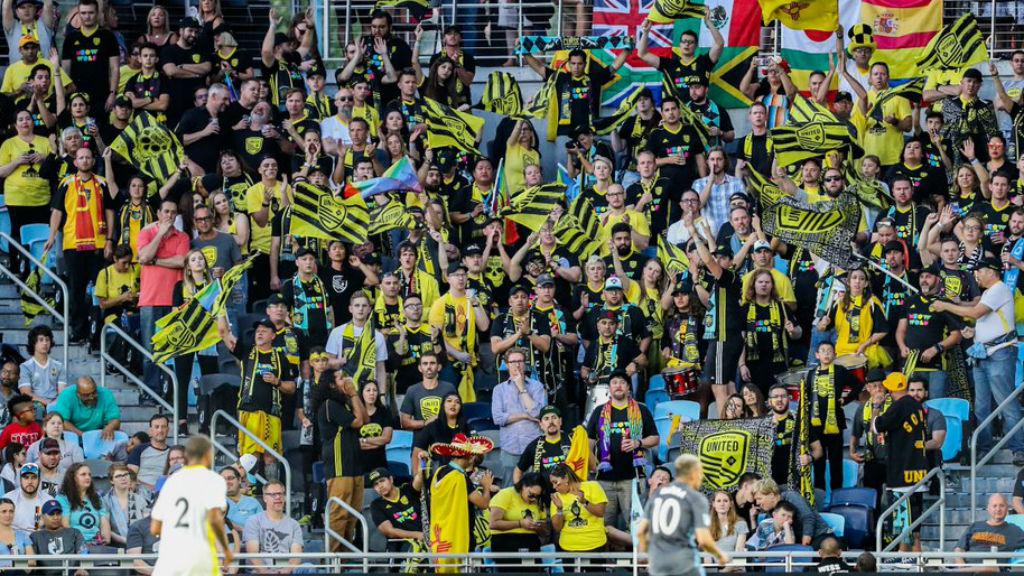 ST. PAUL, Minn. – Santi Moar gave the travelling New Mexico United support hope of an upset early on, but Minnesota United FC produced a ruthless rally to secure its spot in the Semifinals of the 2019 Lamar Hunt U.S. Open Cup with a 6-1 victory at Allianz Field on Wednesday night.

The visitors applied the early pressure with a pair of early corner kicks, the second of which they converted with a brilliant routine from the training ground. Chris Wehan played a short one-two with Devon Sandoval before playing a low pass to Moar, who kept his body over the strike and picked out the bottom-left corner from the top of the box to give his side the lead.

That advantage lasted just three minutes as Minnesota responded with a good bit of build-up play that saw Hassani Dotson drag the ball back on the right wing before digging out an inch-perfect cross for Angelo Rodríguez to head home from six yards out.

Rodríguez was involved again in the 16th minute when he latched onto Jan Gregus’ through-ball behind the New Mexico defense, but while his initial effort was saved by NMU goalkeeper Cody Mizell, Darwin Quintero popped up to fire home the rebound to give Minnesota the lead for good.

Despite scoring first, @NewMexicoUTD's amazing Cup run drew to a close after a 6-1 rout in Saint Paul at the hands of @MNUFC (who now move on to their first-ever Open Cup Semifinal).#USOC2019 | Highlights pic.twitter.com/9MgGxLepKv

The hosts took advantage of some sloppy play from New Mexico to pile it on early as Gregus intercepted a poor pass in the attacking third two minutes later and fed Rodríguez, who dispatched a left-footed shot from the edge of the penalty area past a sprawling Mizell into the bottom-right corner.

Minnesota extended the lead to 4-1 in the 23rd minute when Gregus stepped over a free kick from 19 yards out and curled it around the New Mexico wall and into the bottom-right corner to cap off a frenzied start to the contest.

The hosts were essentially in cruise control from that point on and were able to add a little bit more insurance just before halftime as Quintero cut in from the left and saw his shot blocked by a New Mexico defender, only for the ball to fall kindly at the feet of Rodríguez so he could complete his hat trick.

New Mexico regained its composure after the restart and had two great chances to get a goal back in the 61st minute as David Estrada forced a diving save out of Vito Mannone. The MNU goalkeeper was also left scrambling after denying Justin Schmidt’s initial header from the resulting corner, but Minnesota was able to eventually clear its lines after a furious goalmouth scramble.

Unfortunately for New Mexico, Minnesota not only cleared its lines but began a devastating counter as Quintero held up the play and sprung Kevin Molino clean through on goal in the 62nd minute. Mizell did well to make the initial save but Miguel Ibarra followed up on the rebound to round out the rout and end the visitors' fairytale run.