TAMPA, Fla. – Memphis 901 FC forward Elliot Collier has been voted the USL Championship Player of the Week for Week 18 of the 2019 season. Collier scored the first hat trick in 901 FC’s history as he led the side to a 4-1 victory against Hartford Athletic on Saturday night at AutoZone Park, a victory that marked the club’s first home league win in its history.

Collier received 76 percent of the poll conducted by a national panel of independent media representing every USL Championship market. Saint Louis FC’s Russell Cicerone finished second on 12 percent after recording a goal and assist in his side’s comeback to earn a 2-2 draw with Loudoun United FC. 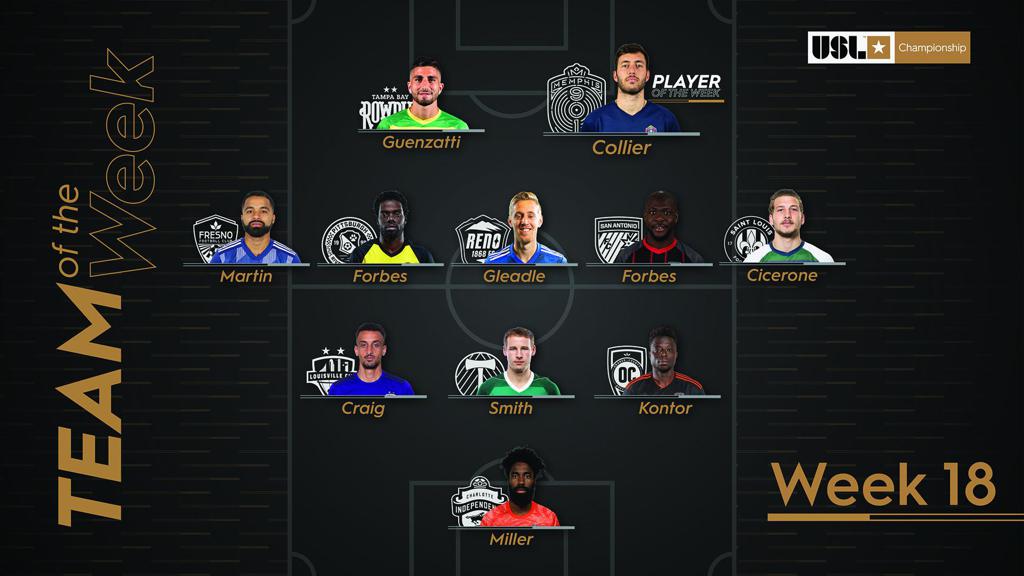 M – Russell Cicerone, Saint Louis FC: Cicerone recorded the game-tying goal and an assist as STLFC rallied from a two-goal deficit to earn a 2-2 draw with Loudoun United FC on Saturday night.

F – Sebastian Guenzatti, Tampa Bay Rowdies: Guenzatti notched his 10th goal of the season and logged an assist as the Rowdies took a 3-1 victory on the road against the Swope Park Rangers.