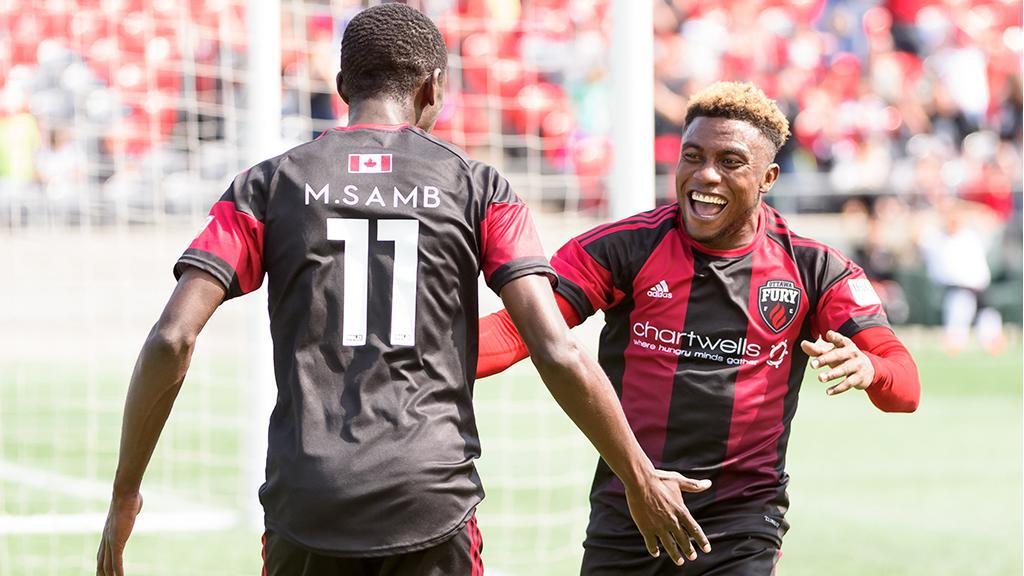 OTTAWA – Ottawa Fury FC kicks off its 2019 Canadian Championship campaign on Wednesday night as it visits the Canadian Premier League’s HFX Wanderers FC to open a two-legged series in Qualifying Round 3 that will see the winner advance to face defending champion Toronto FC of Major League Soccer in the Semifinals.

The meeting at Wanderers Grounds (6 p.m. ET | Match Center | OneSoccer.ca) marks the first meeting between Fury FC and a club from the newly formed Canadian Premier League, which is currently midway through its inaugural season. Given that backdrop, the matchup is one that is going to be keenly watched across Canada as Fury FC – now in its sixth season in the professional ranks – visits Nova Scotia.

“For us, this is a special competition,” said Fury FC Head Coach Nikola Popovic. “It’s the Canadian Championship and we really want to play well. It’s very important for us to be able to perform well in this competition. Everybody is very excited for it, and we all know the importance of this match.”

Ottawa sits seventh in the Championship’s Eastern Conference, and is on course for its first trip to the postseason since joining the league in the 2017 season thanks to a balanced squad that has lost only three times so far this season and a defense that sits in the top 10 in goals conceded in the league. Fury FC is coming off an impressive 1-1 draw on the road against the New York Red Bulls II last Friday night in which it earned a point at one of the tougher places to visit in the Championship despite playing down a man for more than an hour after Jérémy Gagnon-Laparé’s red card in the first half.

That defensive solidity could be the biggest key to Ottawa earning a result before the return leg at TD Place in two weeks against the Wanderers, who have been one of the best home sides in the CPL this season. Led by former Trinidad & Tobago Head Coach Stephen Hart, Halifax is 4-1-1 on its home turf this season after Saturday night’s 1-0 victory against York9 FC. The Wanderers have received major home support, averaging almost 6,000 fans per game at the Wanderers Grounds, which will make for a challenging road environment for the visitors.

“It’s a game that will be very difficult,” said Popovic. “[Halifax is] a team who plays good football, who showed quality in their last game. It’s a team who can play on the ground or direct balls, so it’s a team we have to take seriously and have to be very responsible in how we approach the match.” 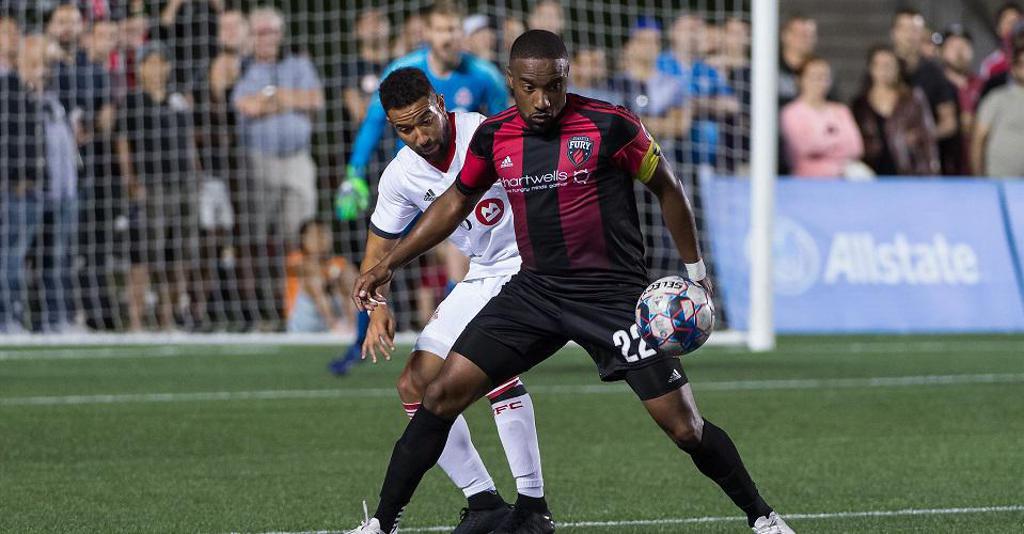 Leading the way for the Wanderers has been 22-year-old Trinidad & Tobago forward Akeem Garcia, who has registered four goals this season. There are also two faces in the side’s squad that could be familiar to longtime Ottawa fans with both Ndzemdzela Langwa and Elliot Simmons having spent time in Fury FC’s Academy prior to joining the professional ranks.

Ottawa has its own international standout leading its attack this season with Senegalese forward Mour Samb having scored seven goals while also notching four assists in 14 appearances this campaign. Samb’s goals have helped lead a much-improved Fury FC attack this season that has also been bolstered by fellow offseason addition Christiano Francois, who has contributed five goals and four assists.

Ottawa’s 27 goals this season are only four fewer than it recorded in the 2018 Championship regular season, with longtime Fury FC standout Carl Haworth also adding five goals and four assists in what has been a stellar campaign so far for the club’s captain. With away goals in play – through which the Wanderers advanced in Qualifying Round 1 past League1 Ontario’s Vaughan Azzuri after playing to a 3-3 draw on aggregate – Ottawa will be looking to grab at least on goal on the road to set itself up for its home leg.

After advancing to face MLS opposition in each of the past three editions of the tournament, Fury FC will be hoping its streak continues against new opposition.

“It’s exciting,” said Fury FC midfielder Jamar Dixon. “They’re a good team. They are fighting for something, just like we’re fighting for something. They have something to prove, just like we have something to prove. At the end of the day, it comes down to heart, desire and the will to win, and I think this team right now has it. We have a tremendous amount of it. We’ve been working hard together as a group and that’s why it shows in the results. It’s going to be a great battle!”