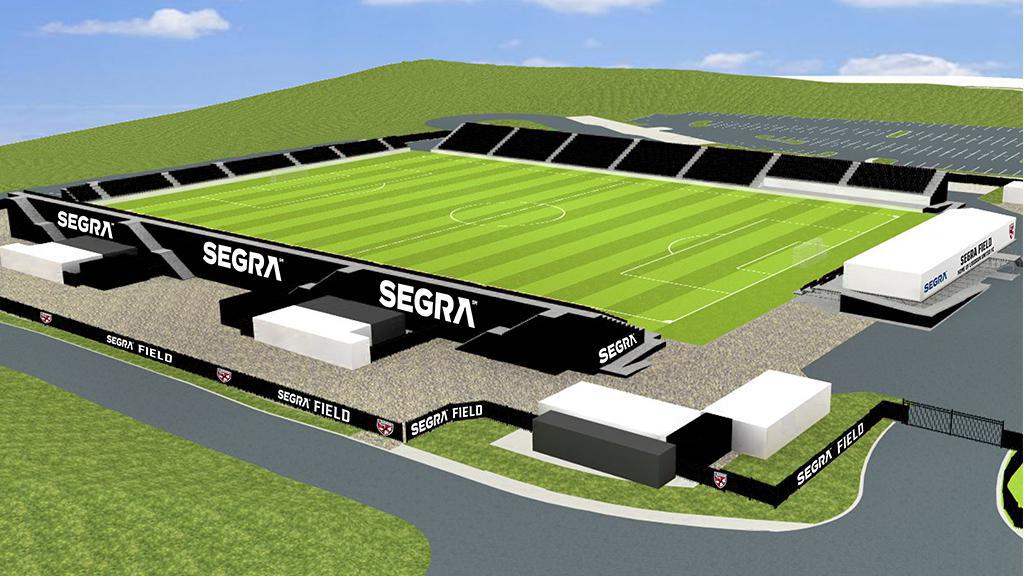 Segra Field will become the official home of the USL Championship's Loudoun United FC upon its completion in August, with its first home game scheduled for Friday, Aug. 9 against the Charlotte Independence. | Image courtesy Loudoun United FC

“There are many pieces to the puzzle that is building a brand new soccer club and stadium from the ground level. Creating strong partnerships from the beginning is a key piece to long term success,” said Loudoun United Chief Operating Officer Adam Behnke. “Partnering with Segra is a win for all of us. It opens the door for the future growth of both Loudoun United FC and Segra within the rapidly growing business community in Loudoun County.

“Segra is making an investment and expanding into Loudoun and Northern Virginia, providing a state-of-the-art fiber network that will improve connectivity for established and new businesses alike while also furthering our economic development efforts. We are thrilled for the partnership and look forward to growing together to make a lasting impact in our community via this legacy project.”

In addition to becoming the home venue for Loudoun United, Segra Field will also host a variety of other sporting events, community activities, and concerts. The stadium and event space on site will make it a 365-day destination for fans and Loudoun County residents.

The new facility will seat 5,000 people and will have eight luxury suites, seating 24 each. The stadium will feature food and drink vendors from the local Loudoun area, creating a friendly experience for fans.

“Segra is proud to partner with Loudoun United FC,” said Segra Vice President of Marketing James Nester. “This is an exciting project for Loudoun and the region. We look forward to supporting soccer’s growth in the area, while further establishing our brand and helping drive economic development in Loudoun.”

Segra is one of the largest independent fiber bandwidth companies in the U.S. Representing a successful merger of Lumos Networks and Spirit Communications, the company now has the most advanced fiber infrastructure network of nearly 25,000 miles that connects more than 9,000 on-net locations and 44 data centers throughout nine Mid-Atlantic and Southeastern states. Segra provides Ethernet, MPLS, dark fiber, advanced data center services, IP and managed services, voice and cloud solutions, all backed by its industry-leading service and reliability.