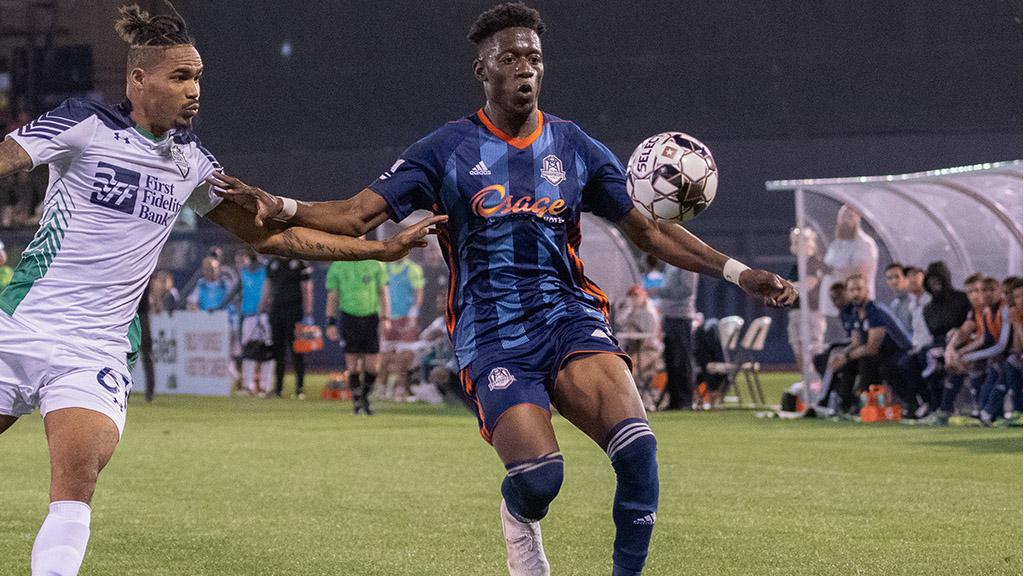 “I want to thank Calvin for his service here and wish him nothing but the best at Tulsa,” said El Paso Head Coach Mark Lowry. “Moses is going to offer us much-needed depth to the back line that has been down to the bare bones this last couple of weeks. We look forward to integrating him into the group this week.”

Makinde has made 11 appearances for the Roughnecks this season and has recorded 11 interceptions, 21 clearances and 42 recoveries. His arrival comes after Locomotive FC saw veteran defender Mechack Jerome suffer an Achilles injury while on international duty with Haiti at the 2019 Concacaf Gold Cup during the opening game of the tournament.

Makinde was born in London and played his collegiate career at North Carolina State University between 2010-13, where he made 69 appearances and scored twice for the Wolfpack. Makinde has played in the United States, England, Germany, Romania and Sweden. Makinde made 21 appearances with Syrianska FC (Sweden) and that season the club was promoted to the second division in Swedish Football.

Rezende had made nine appearances for Locomotive FC this season and recorded two goals and one assist for the side while completing 118 of 141 passes overall. The 26-year-old had previously played in the USL Championship for Penn FC a season ago after two seasons with Miami FC to open his professional career. Rezende had also previously played for the Flint City Bucks in USL League Two, where in 2015 he was named to the All-Central Conference Team.