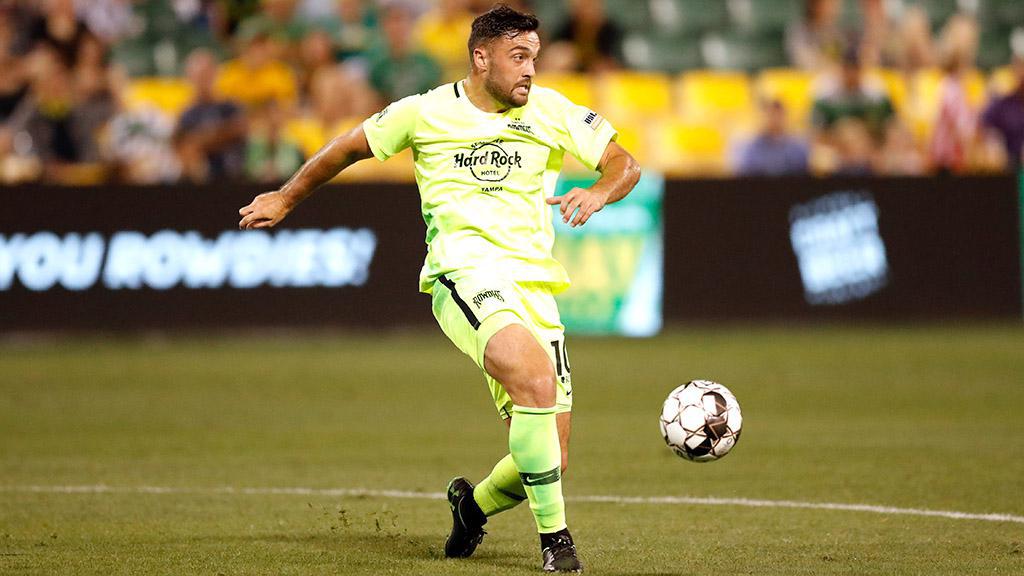 Allen has scored 41 goals in the USL Championship across the regular season and playoffs since his rookie season in 2016, the third-most in the league in that span after current Birmingham Legion FC forward Chandler Hoffman (47) and current Nashville SC forward Cameron Lancaster (43). Allen led the New York Red Bulls II to a USL Cup title in 2016, scoring 15 goals in the regular season and an additional six in the USL Cup Playoffs that included a hat trick in the Red Bulls II’s 5-1 victory against the Swope Park Rangers.

Allen’s standout first season in New York saw him also claim the Championship’s Rookie of the Year award. He has also recorded nine assists over the course of his career in the league, while posting a scoring rate of a goal every 133.1 minutes.

“Brandon is a very good young player and has been one of the top USL strikers over the past few seasons,” 901 FC Sporting Director Andrew Bell said. “I’ve followed his career since he turned pro, and I am very excited to be able to welcome him to Memphis.”

“Brandon is a player I have known intimately since his high school career,” said 901 FC Head Coach Tim Mulqueen said. “He has always been a terrific goal-scorer and a great teammate. It’s an absolute great addition to bring somebody of his goal-scoring prowess to Memphis and our current roster.”

So far in 2019, Allen appeared in eight matches for the USL Championship-leading Rowdies, scoring one goal. Last year, he helped Nashville SC reach the USL Cup playoffs in its inaugural professional season, leading the club with eight goals in 21 matches after scoring twice in seven matches with Bethlehem Steel FC to start the season.

An Old Bridge, N.J., native, Allen was an NSCAA All-American and Hermann Trophy finalist at Georgetown University before signing an MLS homegrown contract with the New York Red Bulls in 2016. He has made two MLS appearances with the Red Bulls and while on loan at Minnesota United FC.

He attended the same high school as Mulqueen, St. Joseph’s in Metuchen, N.J., and competed in the same Middlesex County Conference as Mulqueen and 901 FC minority owner and soccer legend Tim Howard.