Championship Has One Frontrunner and a Tight Chasing Pack

At halfway point, FiveThirtyEight sees Rising FC lifting silverware at the end of the season 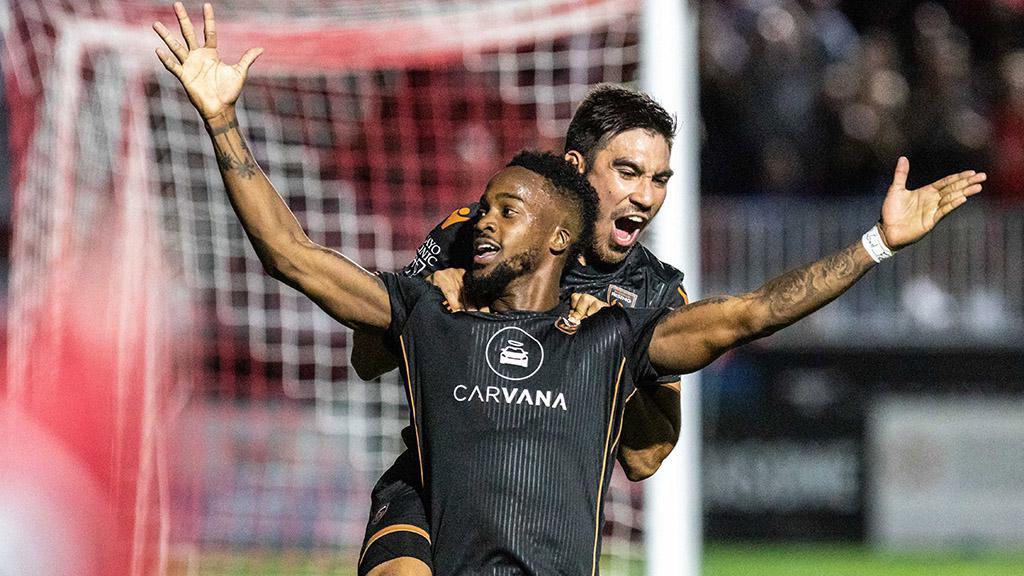 Powered by a potent attack and rapidly improving defense, Phoenix Rising FC is now a clear favorite to claim the title at the end of the USL Championship season according to fivethirtyeight.com. | Photo courtesy Michael Rincon / Phoenix Rising FC

When we checked in with FiveThirtyEight.com’s projections for the USL Championship after the opening quarter of the season, there was a tight field of contenders at the top of the candidates for the title.

Well, that’s no longer the case.

Thanks at least in part to an overpowering seven-game winning streak, Phoenix Rising FC has reached the midway point of the 33-week regular season as a 3/1 favorite to go one better than it did a season ago and lift the silverware in November.

Rising FC is projected to finish 15 points clear at the top of the Western Conference to claim the Regular Season title with what would be a league-record +55 goal differential, and as a result is a 53-percent chance to represent the West in the final game of the season for a second consecutive year ahead of second-favorite Sacramento Republic FC (11 percent).

Adding to that, Rising FC’s 47.0 SPI rating – up 14.8 from late April – has placed it as the third-best team in North America behind only Los Angeles FC (59.3) and Atlanta United FC (49.7) of Major league Soccer and above other top-flight clubs including Liga MX’s Club Tijuana, Ligue 1’s Caen and Brazil’s Serie A’s Vasco da Gama.

The story is far different in the Eastern Conference, meanwhile, where the same three front-runners from the quarter-pole remain bunched as they vie for top spot. Indy Eleven sits at 10 percent odds to lift the trophy, giving it a slight edge over Nashville SC and the Tampa Bay Rowdies, both of whom sit at eight percent, while Pittsburgh Riverhounds SC and North Carolina FC both follow slightly further back at five percent. 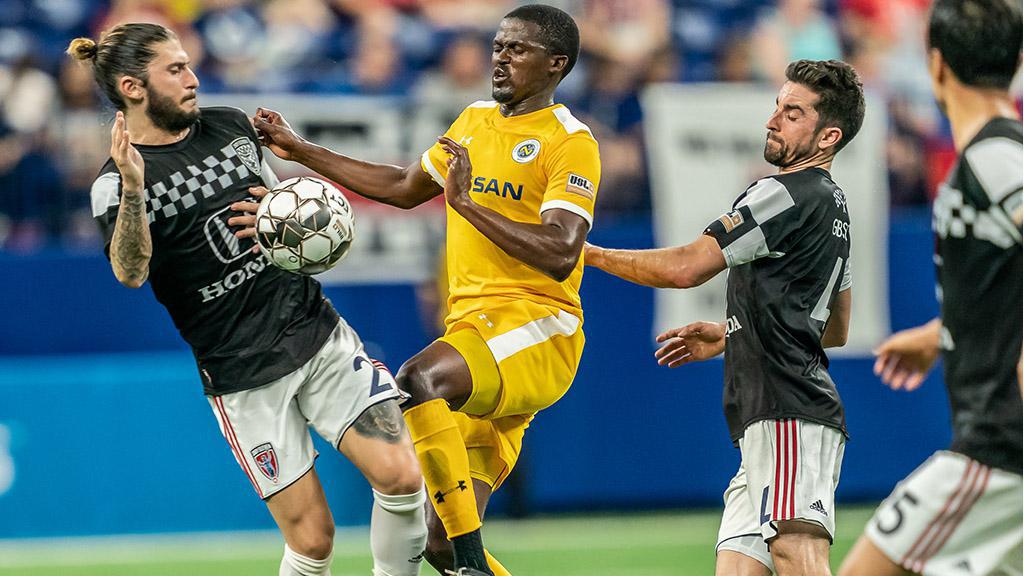 Indy Eleven and Nashville SC are two of the three leading contenders to claim the Eastern Conference title at the end of the season at the midway point of the season. | Photo courtesy Matt Schlotzhauer / Indy Eleven

Maybe the most significant number in the Eastern Conference, though, is the divide between the side projected to finish in the 10th and final playoff position and the teams sitting below it. That last place is currently held by the Charleston Battery, which is on course to continue its record of reaching the postseason in every season of the Championship’s history with a 79-percent chance.

The two sides sitting directly below the Battery? Well, those are Loudoun United FC, rated an 18-percent chance at the playoffs, and the Charlotte Independence, whose odds sit at 15 percent. As my colleague John Arlia noted in his column on Monday, we may already know the field for the Eastern Conference playoffs, and now all that’s left is to figure out who slots where.