MURRAY: Phoenix Has Set a Club Record. Now It Can Aim Higher 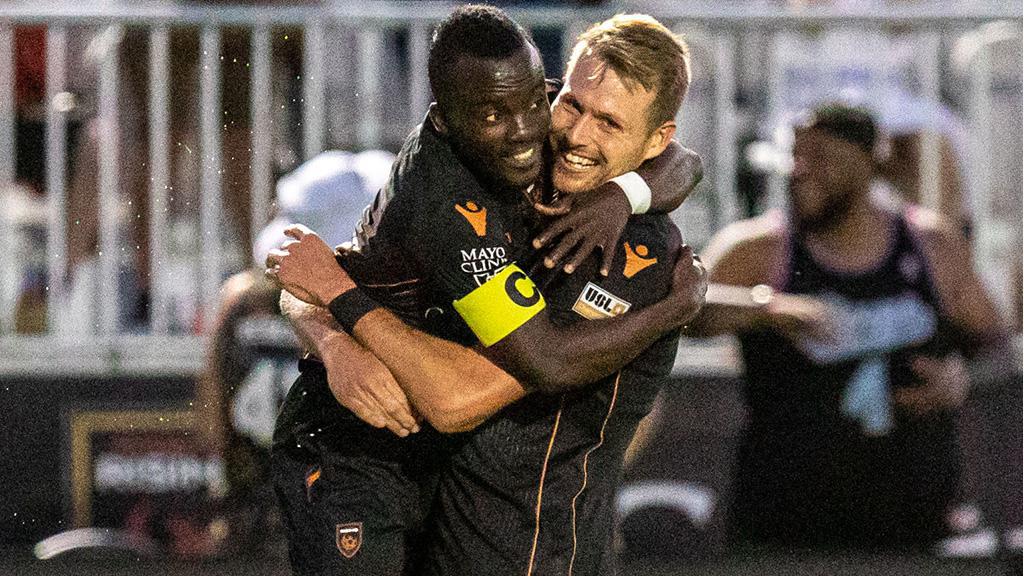 Phoenix Rising FC made club history on Tuesday night as it notched a sixth consecutive victory during its visit to Reno 1868 FC at Greater Nevada Field, with a 3-0 win continuing the defending Western Conference champion’s remarkable recent run of form.

As far as Rising FC has come since its 3-1 victory against Rio Grande Valley FC on May 10, though, there’s still room for more. A year after FC Cincinnati set a Championship record with 10 consecutive victories, Phoenix should be aiming to go at least one better.

Of course, it’s not going to be as simple as all that, and this Saturday’s visit to OKC Energy FC could provide as big a test as Reno posed Rising FC throughout the first half of Tuesday night’s contest. According to FiveThirtyEight.com, Phoenix’s win probability against Energy FC is 50 percent, but factor in the travel, fatigue coming off three days rest and a motivated opponent looking to close the gap to the Western Conference leader and there’s certainly reason to believe Rising FC’s run of wins could come to an end at Taft Stadium.

But the way Phoenix was able to problem-solve against Reno illustrates why Rising FC is at the top of its game right now and has a legitimate shot at the record. After being fortunate to emerge with a one-goal lead at the halftime break at Greater Nevada Field, Head Coach Rick Schantz reconfigured his midfield system and by doing so turned the game on its head.

“They had two forwards and a No. 10 and we were struggling in midfield when we went to press, we couldn’t cover all of their midfielders so they were able to come out of our press very easily,” said Schantz after the game. “The solution was always going to be low pressure, a low line of confrontation, we knew that, it was just a matter of when to do it. I wanted to wait until halftime so I could clearly explain to everybody what I wanted from them.

“The outside midfielders had to stay a little narrow and basically play more like midfielders than wingers, and it was huge because we then let them have possession in the back, but we took away their penetrating passes. When they did try to penetrate, we were able to win the ball and quickly go forward and make them do a little bit of extra running.”

The numbers bear this out. Phoenix held 56 percent of possession in the first half but were outshot by Reno 17-5 as the hosts used Raul Mendiola’s ability to find pockets of space and sharp passing by the rest of the side to create chances 1868 FC squandered. By full time, Reno had a narrow edge in possession at 50.1 percent, but had rarely penetrated Phoenix’s midfield, illustrated by 1868 FC’s possession heat map from the second half below and the relative lack of activity centrally in Phoenix’s half. 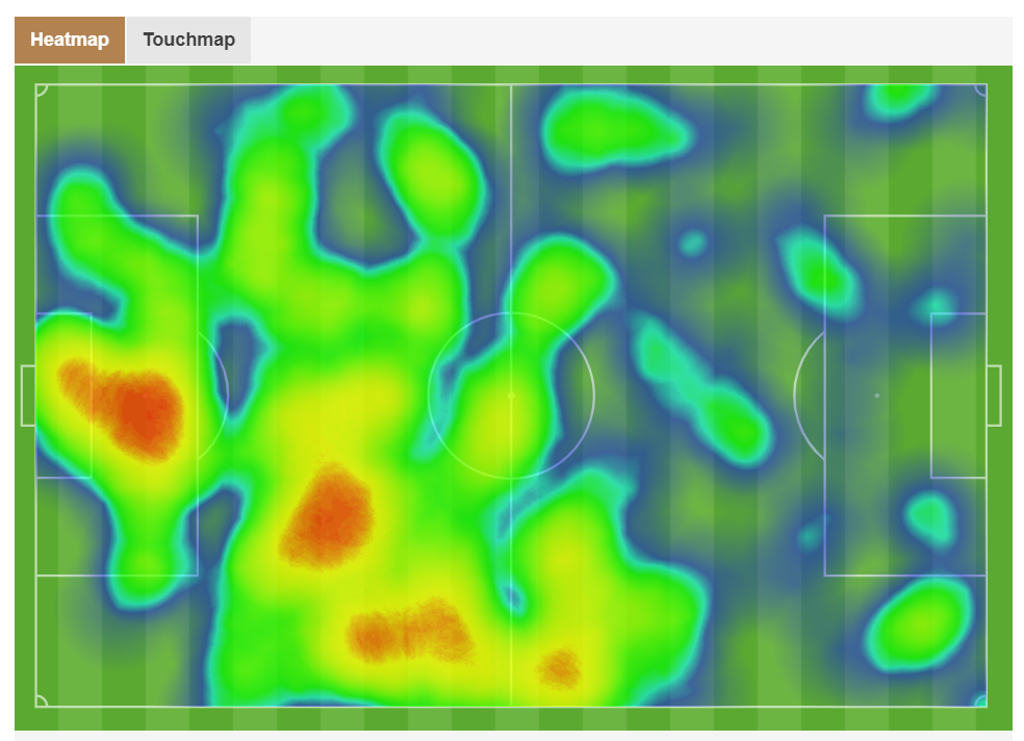 Phoenix instead used its new midfield strategy to rack up a 15-4 advantage in shots in the second half, almost finishing level with its hosts for the game. Add in Solomon Asante’s tremendous goal early in the second half, and you had a performance from Rising FC that showcased the best of the side’s ability and the flexibility it possesses to adjust properly to problems posed by opponents.

“I thought that for not training very much in that system the guys executed it perfectly,” said Schantz. “They trusted the coaching staff and they communicated very well.” 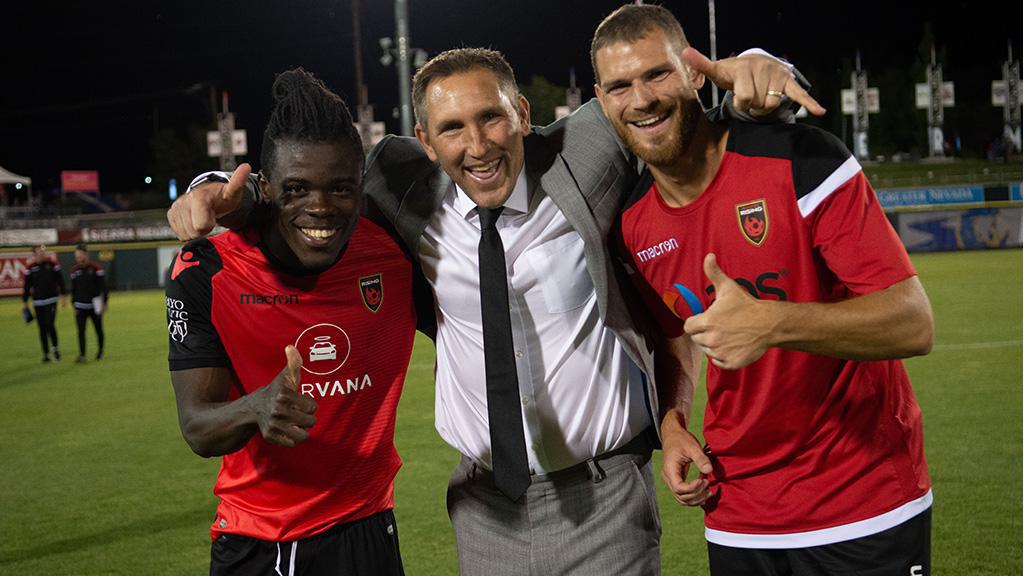 It’s that which makes Rising FC such a difficult prospect for opponents right now, and why there was always the confidence that the team would rise to the top despite its slow start to the season. And if the side shows the same sort of form that has seen it rack up a 22-3 goal differential over its six consecutive wins when it visits Energy FC on Saturday, the road to 11 becomes even more navigable.

Over the four remaining contests Phoenix would need to win to surpass Cincinnati’s total, two are at home and in both the side has a win probability rate of more than 75 percent. A road trip to Rio Grande Valley FC sees those odds slide to 60 percent, but if it gets through to the potential clincher on the road at Tulsa Roughnecks FC on July 27, there’s a 71 percent chance Schantz’s side returns to Arizona with all three points.

The schedule is set up nicely following this week, too, with Phoenix not set to face another midweek contest until it visits Tacoma Defiance at the end of August, well after the potential streak could have been clinched.

Again, this won’t be easy. As we saw this past weekend in another record pursuit – that of the Tampa Bay Rowdies’ and the league’s shutout record – a late twist of fate can render all the best-laid plans and opportunities moot.

But Rising FC has everything it takes to write itself into the USL Championship’s Record Book, and likely needs no added motivation to do so.