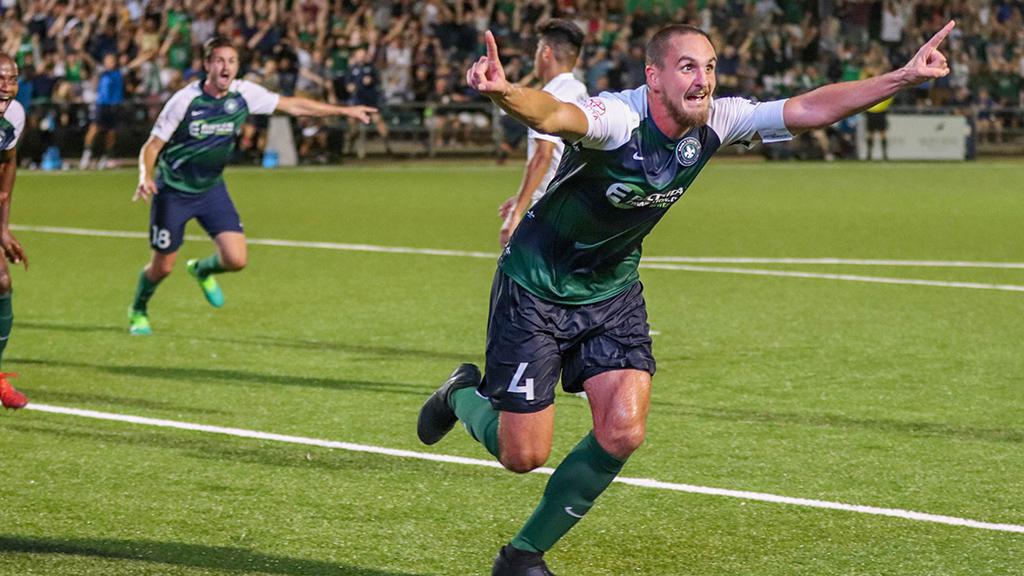 FENTON, Mo. - Saint Louis FC booked a place in the Lamar Hunt U.S. Open Cup Quarterfinal round after capturing a win over MLS side FC Cincinnati thanks to a late winner from club captain Sam Fink in front of an emphatic World Wide Technology Soccer Park crowd on Wednesday night.

The second of two USL Championship sides to advance on the evening after New Mexico United’s victory against FC Dallas, Saint Louis will now face a third MLS side when it meets reigning MLS Cup champion Atlanta United FC at Fifth Third Bank Stadium on July 10.

FULL TIME: This is what dreams are made of! A stoppage time goal from club captain Sam Fink sees us advance to the @opencup Quarterfinals! pic.twitter.com/Tsy0iGzzIA

U.S. Open Cup history is rich in Saint Louis and the hosts’ performance on Wednesday saw them edge FC Cincinnati, 1-0, in a tightly contested 90 minutes.

Saint Louis FC saw the lion’s share of the chances in the first half, beginning after nine minutes when midfielder Kadeem Dacres nearly opened the scoring from close range only for FCC goalkeeper Przemyslaw Tyton to recover and make a save on the goal line. Seven minutes later, midfielder Paris Gee took a chance from distance and forced another good save from Tyton, who did well to react after seeing it come through late. After 23 minutes, it was midfielder Lewis Hilton’s turn to test Tyton when he scooped an effort toward goal from just outside the box that looked destined for the back of the net.

The second half was a different tale as Cincinnati began to command more of the ball. The visitors had their first solid look on goal when 2018 USL Championship Defender of the Year Forrest Lasso nearly headed home a set-piece from a few yards out and gave the hosts their first scare. Just before the hour mark, FCC again created a dangerous opportunity when midfielder Kekuta Manneh skipped past a defender and slipped a ball in to the back post only for Saint Louis FC’s Paris Gee to clear the chance.

Neither team managed to capitalize on earlier chances as they went scoreless into four minutes of added time, but the hosts were able to sneak a late winner in the second of an eventual seven minutes when defender Sam Fink rose to meet a corner and produced a bullet of a header past Tyton to put his team in front. It proved enough to hand STLFC its first victory in club history against its former Championship rivals from Cincinnati, and send his team through to the Quarterfinal stage of the U.S. Open Cup.