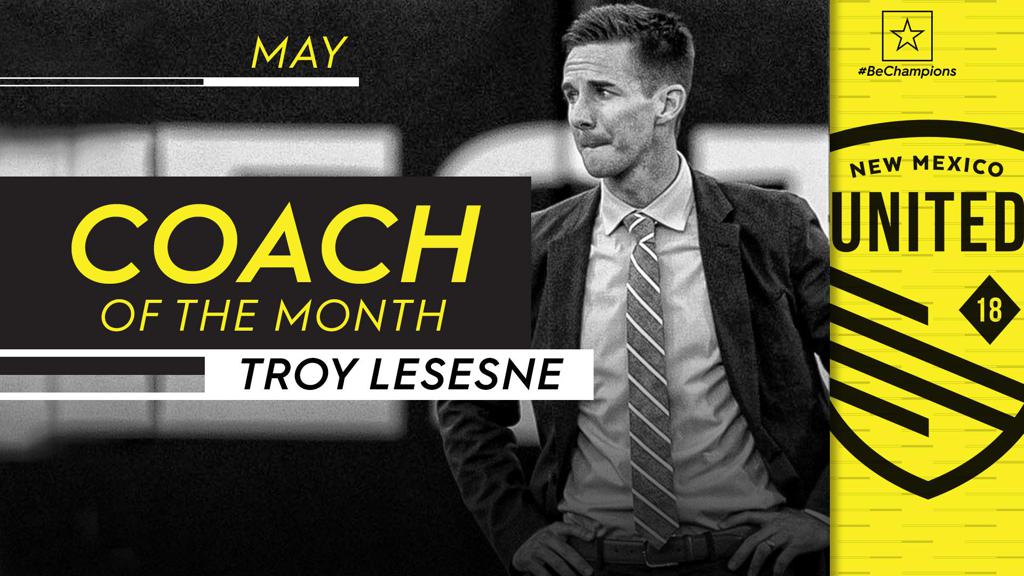 TAMPA, Fla. – New Mexico United’s Troy Lesesne has been voted the USL Championship’s Coach of the Month for May after leading the club to an undefeated month that saw it win three times in four outings to move to the top of the Western Conference standings.

In his first head coaching position, Lesense has helped make first-year club New Mexico United one of the remarkable stories in North American soccer in 2019. Playing to packed houses at Isotopes Park, NMU has boasted one of the best attacks in the league, and that was on show throughout May as it recorded 11 goals across its four outings to post a 3-0-1 record. United has also had success in the Lamar Hunt U.S. Open Cup and will meet Major League Soccer’s Colorado Rapids on Wednesday night in the tournament’s Fourth Round.

“This is a great reflection of the hard work our players, staff, and front office have put into the first three months of the season,” said Lesesne. “As an expansion club, we are happy with the positive start to the season, but also recognize we have a long way to go and much to improve on.”

Lesesne received 45 percent of the vote to claim the award ahead of the Tampa Bay Rowdies’ Neill Collins, who received 39 percent as his side also went undefeated while posting four consecutive shutouts over the month to push the Rowdies clear at the top of the Eastern Conference.