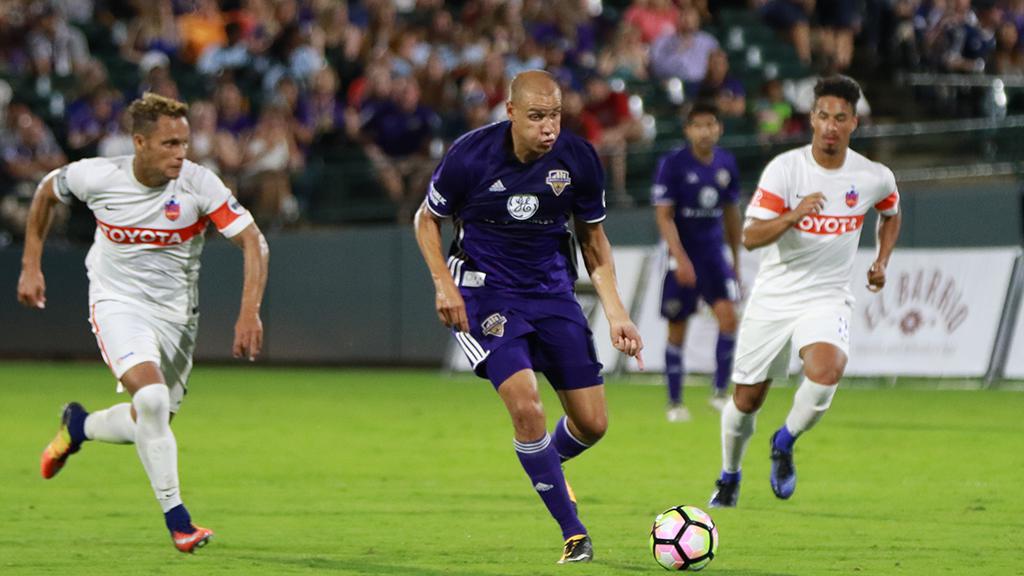 The USL Championship has produced some outstanding rivalries over the past decade, from those featuring historic rivals that pre-date the league’s inaugural season in 2011 to those that have emerged thanks to the league’s broad growth in recent years.

Of those, however, there are few that have matched the intensity produced by Louisville City FC and FC Cincinnati over the three seasons the two clubs were part of the league. Whether referred to by its official title of the River Cities Cup, or the more popular Dirty River Derby, the 10 prior meetings between the clubs have produced heroes, villains, and many memorable moments.

Ahead of the two clubs meeting on Wednesday night in the Fourth Round of the 2019 Lamar Hunt U.S. Open Cup – their first meeting since FC Cincinnati’s move to Major League Soccer this offseason – here’s a look back at the elements that have helped shape one of the best rivalries in American soccer.

The first competitive meeting between the two clubs arrived in the second month of FCC’s inaugural season, a game that featured drama until the end and set the stage for what was to come. In the middle of it all was Chandler Hoffman, who after Cincinnati native Austin Berry had given FCC an early lead, turned the game around as he recorded a hat trick in 17 minutes to send Louisville’s travelling support into hysteria. A red card for LouCity’s Sean Reynolds four minutes before halftime set up a tense second half, but while Pat McMahon was able to pull back a late goal for the hosts, Louisville drew first blood in enemy territory.

While McMahon’s goal in the opening encounter might have felt like a footnote in the grand scheme of things, it proved crucial in the season-long battle between the clubs. After the sides had played to a 0-0 draw at Slugger Field in June, the final meeting of the season returned to Nippert Stadium the following month with everything to play for. With a sea of white jerseys and t-shirts in the stands and the hosts in their all-white uniforms, goals by Andrew Wiedeman and Sean Okoli gave Cincinnati a 2-0 victory and the inaugural edition of the River Cities Cup on goal differential over its rival. 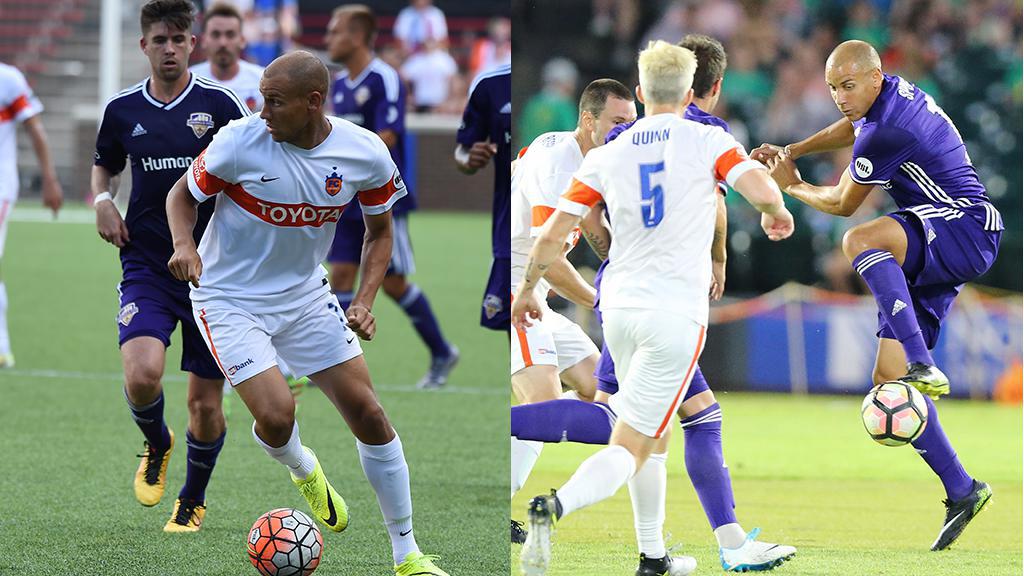 After Luke Spencer competed for FC Cincinnati and Aodhan Quinn for Louisville City FC in the 2016 season, by the following year each had traded colors following offseason moves to the other club.

FC Cincinnati grabbed headlines in the offseason ahead of the 2017 USL Championship season as it signed both Aodhan Quinn and Kadeem Dacres from its rival in a move to bolster its squad. What ended up being the biggest move between the two clubs that offseason, however, was the player that went in the opposite direction. While a native of Germany, Luke Spencer had grown up in Cincinnati and competed in the city for Xavier University before joining FCC for his rookie season. After just 11 appearances in the league, though, Spencer headed to Louisville for the 2017 season, and the rest has been history. With 22 goals and six assists in 65 appearances for the club – including the game-winning goal in the 2018 USL Cup – as well as a stint as one of the triumvirate of player-coaches during the middle of the 2018 season, Spencer has become one of the on-field figureheads for LouCity. 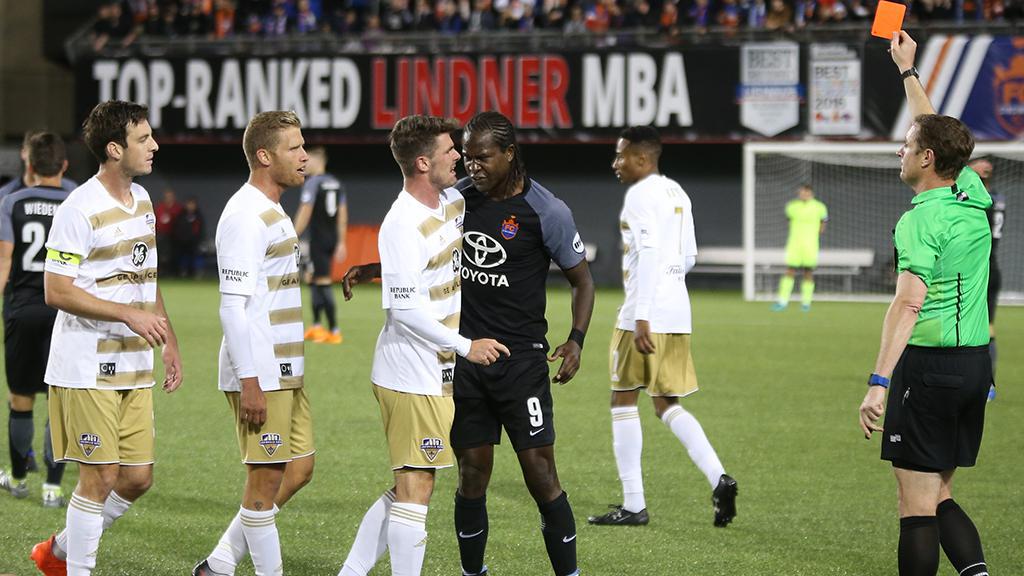 In another life, it would have gone down as the contest that saw new FCC arrival Aodhan Quinn score the equalizer against his former club in a 1-1 draw at Nippert Stadium. Instead, the biggest thing the first meeting between FCC and LouCity in the 2017 season is remembered for is arguably the most infamous moment in the rivalry’s history. With three minutes to go, Cincinnati’s Senegalese striker Djiby Fall was sent off, but before departing the field appeared to bite LouCity’s Niall McCabe on the cheek. After an investigation, Fall was suspended for six games by the league, and the bad blood between the two clubs escalated. 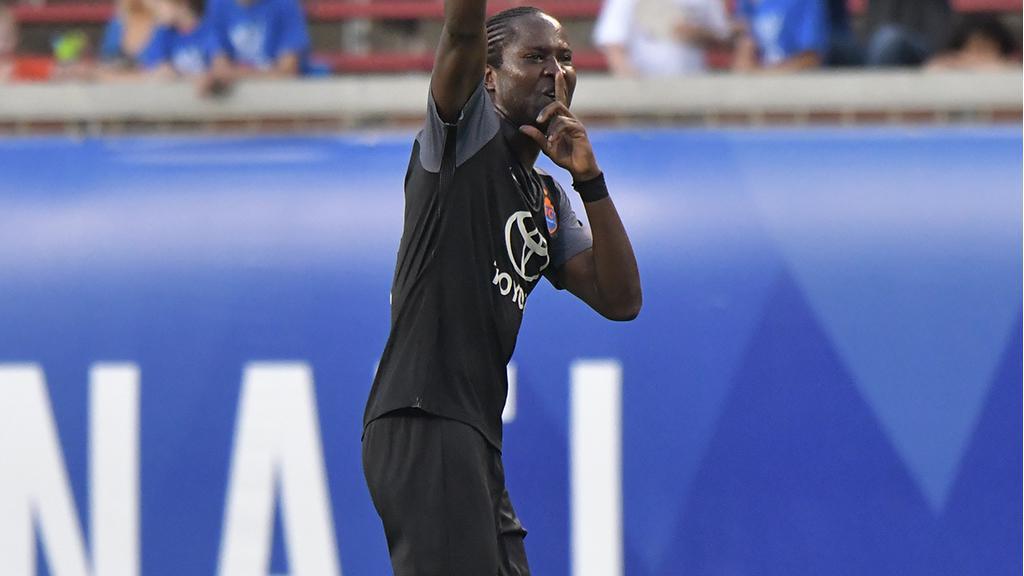 Fall’s suspension carried through the start of June but didn’t apply to games in the Lamar Hunt U.S. Open Cup. So, when FCC was drawn to face Louisville at home in the Third Round of the tournament after Fall’s goal had sent Cincinnati through in the prior round, the anticipation for what would be a quick rematch rapidly built. And, somewhat inevitably, it was Fall that was the difference-maker in the game as his 49th-minute goal earned Cincinnati a 1-0 victory that helped kick off its run to the Semifinals of that year’s tournament.

After its victory in the Open Cup, Cincinnati made it two wins in a row against its rival with a 3-2 victory at Slugger Field on July 15 that put it in position to claim the River Cities Cup for the second consecutive season. With the regular-season finale scheduled for the same venue less than a month later, however, no-one could have envisioned what was about to unfold. The game opened regularly enough as Niall McCabe put the hosts ahead with a precise header in the 16th minute, but after FCC’s Sem de Wit was sent off 20 minutes later, LouCity took full advantage. After Luke Spencer’s goal in first-half stoppage time, the floodgates opened in the second half as Louisville ended the game with a 30-8 advantage in shots and 15-4 edge in shots on goal on the way to a 5-0 victory that brought home the River Cities Cup.

As the second meeting between FC Cincinnati and Louisville City FC drew close at the end of May last year, it arrived with the backdrop of the announcement of FCC’s imminent move to Major League Soccer, which would be officially announced the following week. If there was going to be a festive atmosphere at the last regular-season meeting between the clubs at Nippert Stadium, though, it was the visitors that got to celebrate one final time as goals in either half by Cameron Lancaster and George Davis IV gave Louisville victory. With the now-defending USL Cup champion having already taken a 1-0 win when the teams met in FCC’s home opener the month prior, it ensured LouCity retained the River Cities Cup and gave the visitors their third win in five regular-season visits to Nippert Stadium, making it one of Louisville’s happiest hunting grounds away from its home city.

So, what will Wednesday night’s matchup look like? Maybe not all that different to those that have come before it. With a solid contingent of players from FCC’s final season in the Championship still part of its squad – including 2018 Championship Most Valuable Player Emmanuel Ledesma – there could easily be familiar faces on both sides ready to do battle once again at Nippert Stadium. With the sides never having met in the USL Cup Playoffs, and a place in the Open Cup’s Round of 16 at stake, there’s an argument that with the new dynamic of Louisville playing the underdog to Major League Soccer’s FCC, but you’d be hard-pressed to find a member of the Louisville Coopers or Louisville Heretics who would cede an inch on the position that the clubs remain on equal footing regardless of league.

As their rivalry returns, there will be no quarter asked or given from either camp in what will be the most compelling Open Cup game of the round.