Last Friday, the Charlotte Independence made sure that Valentin Sabella won’t be scoring against them again any time soon.

Instead, they hope he’ll score plenty of goals for them.

The Independence inked the 19-year-old midfielder to his first professional contract just weeks after he found the back of the net in the 119th minute to force a penalty shootout in the Florida Soccer Soldiers’ eventual 2-2 (5-4) upset victory over Charlotte in the Second Round of the Lamar Hunt U.S. Open Cup.

The Independence defense certainly aided Sabella in the build-up to his extra-time goal, but he also showed plenty of anticipation to intercept an under-hit backpass, confidence to round goalkeeper Curtis Anderson and cool to finish past a pair of backtracking defenders.

Valentín Sabella fights through for @SoccerSoldiers and hits the equalizer to head into the shoot-out!

"I just didn't know what to do. I've seen that multiple times, where players fly on the floor and players come [to celebrate] a last-minute goal,” Sabella said. “It's something you dream about as a kid. A last-minute goal to tie it or win it. I actually barely remember the play because it happened so quick and there were so many emotions. I do remember cramping as soon as everyone laid on me and I told them, 'Please get up.'"

While that memory is laughably far from the ideal one for a potential career-defining moment, it’s hard to blame Sabella for it. After all, he and the Soccer Soldiers weren’t quite done writing one of the best Open Cup stories of the year.

After watching both teams convert their first four penalties, Sabella stepped up to the spot and lashed a left-footed effort into the center of the net with Anderson diving out of way, before pointing at his goalkeeper Bryant Martin and offering some words of inspiration.

Whatever Sabella said clearly worked as Martin saved Enzo Martinez’s effort and the Soccer Soldiers advanced to the Third Round, joining Orange County FC as the only other amateur side to reach that stage of the knockout competition this year.

"Coming into the game we didn't feel any pressure,” Sabella said. “The pressure was on Charlotte because if we lost that would've been normal. But if they lost, it wouldn't have been normal. We knew our team was good enough to produce an upset so that's why we were able to play so calm and we kind of got lucky. But everything worked out."

Sabella offers a similar response when describing his pathway to the pros, which didn’t take the most conventional route. After graduating from high school at MAST Academy in Biscayne, Florida, Sabella had the chance to play collegiately but ended up staying with the Soccer Soldiers and helping the side claim back-to-back Florida South Division titles.

“I knew I wanted to go to a big-time school,” said Sabella. “I wanted to go to a Division I school, for sure, and I did have DI offers and I waited until June to hear from some of the programs. But then some of the coaches didn't choose me for whatever reason. Luckily, they didn't because everything turned out according to my plan. Last February, before I got collegiate offers, I was already playing with [Florida Soccer] Soldiers. I knew everything was going to be fine because I was already studying at Florida International University and playing with a great club in the Soldiers. That's just how it worked out.”

While Sabella was confident the Soldiers could make a run in the Open Cup this year, he couldn’t quite fathom the response that the victory over the Independence had across the United States soccer landscape.

“We knew our win would make some noise, but we didn't know it was going to be as big as it turned out to be,” said Sabella. “We got retweets from Taylor Twellman and Alexis Lalas. I didn't expect that at all. Nike even sent the whole team new cleats."

THE Florida Soccer Soldiers tied it late and are in penalties right now with Charlotte Independence on ESPN+. GO - great @opencup action

Beyond the famous names, Sabella got what every amateur player looking to make the next level needs: lots of eyeballs. Having scored the dramatic late equalizer and game-winning penalty, it’s no surprise that the teenager got noticed. However, Charlotte Head Coach Jim McGuinness says it wasn’t just his performance against the Independence that sold him on Sabella’s pro potential.

“He was on our radar leading up to the game against us, and then he validated what we saw in the previous games,” said McGuinness. “He made life very difficult for our defenders and he battled and challenged. He followed that up with a fine performance against North Carolina FC. We're excited to have him, and now he needs to hit the ground running.” 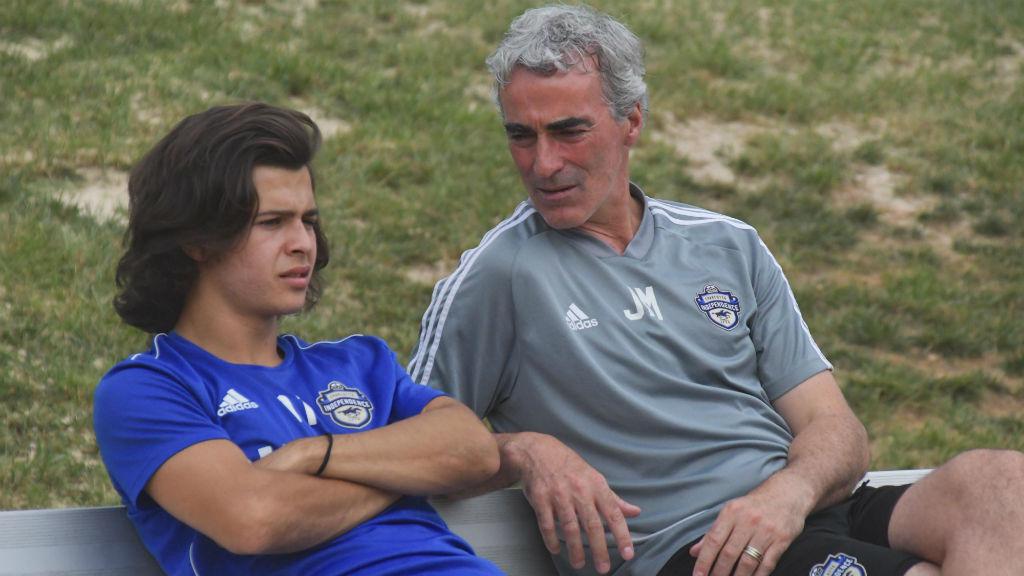 That Independence will certainly hope that Sabella can come in and make an immediate impact, even if that’s just as a spark off the bench or in training. Charlotte currently occupies 17th place in the Eastern Conference standings after winning just one of its opening 14 games, but it seems Sabella’s presence could certainly lighten up the locker room, if only for a moment.

"Some of the guys were already messing with me about [scoring the goal against Charlotte],” said Sabella. “But I'm not going to bring it up because that's just not who I am. At the time it was great, but now I'm on the other side and I want to give me best for the Independence.

"It's everything I dreamt of. My family and my friends from Argentina were asking about signing, and one thing I told them is you dream of this moment, but you never expect it happen. I feel like I'm in a dream right now."

Except it’s not a dream, it’s just another example of the magic of the Open Cup.